Your site inspired me to try a water mod on my own. I received a damaged Thermalright SK6 and decided that I couldn’t hurt it any more. So I created this water cooling mod after learning about water cooling from your site. I called it my “Winchester Double Barrel Water Cooling Mod”. 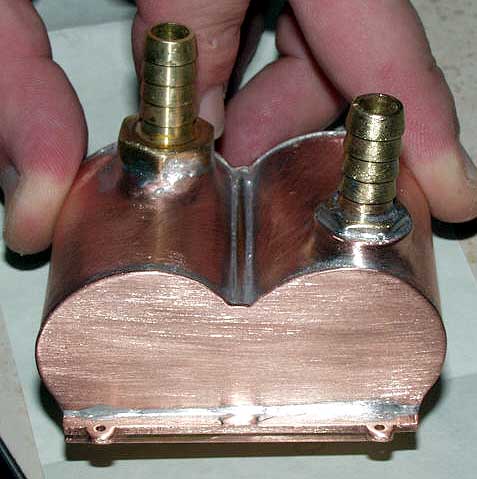 On the inside I made an “S” curve from one of the inward barrel ends to flow the water across the area directly above the
CPU> There is a baffle on the other side to help prevent any vortices while exiting. 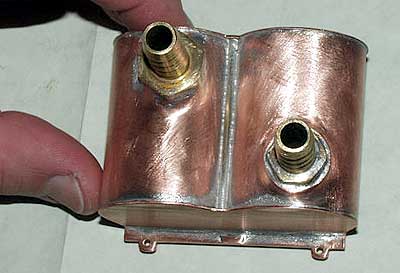 Here’s the SK6 before: 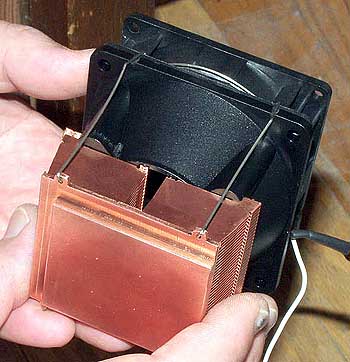 The areas marked in blue were trimmed to fit the pipe’s contour. 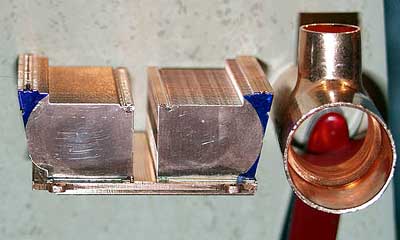 I don’t have results yet but will post them when I do.

When it was time to upgrade to a better monitor a few years back, I went to the local Best Buy to purchase a new monitor. A brand New KDS 19″ for ONLY (ha-ha) $500.00. Well, as luck would have