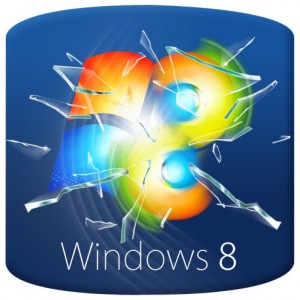 There is a current Windows 8 story that is making its way around the web (ZDNet, TechPowerUp, and Extremetech), that claims that new Windows 8 PCs will be able to “lock out” any other OS, such as Linux. Obviously, this has many people up in arms about Microsoft’s new and upcoming OS, but is this information accurate?

Windows 8, from what we know so far, requires UEFI (Unified Extensible Firmware Interface) on ARM processors and supports UEFI on x86 (either 32-bit or 64-bit) hardware. Part of the latest UEFI specification allows for something called ‘Secure Boot’, in which the firmware restricts drivers and executables from loading unless they are signed by one of the keys pre-installed in the firmware (source). The issue centers around OEM’s and their relationship with Microsoft; for a new pre-built Windows 8 PC to sport the “Designed for Windows 8” logo, it must have UEFI enabled with ‘Secure Boot’ and have Microsoft’s signed keys pre-loaded into the PC’s firmware.

So, why is this a problem? Well, an OEM computer with this configuration disallows any other OS from being loaded or booted, such as Linux. System builders and DIY folks need not worry, as this only pertains to the OEM machines. Even then, you may be able to call their tech support and obtain a work around, but we won’t know until the Windows 8 OEM PCs start shipping.

Let’s hear it! Post your feedback in the comments.
-John Tyra (Jmtyra)

NZXT has sent us a brand new just-released power supply known as the HALE82 850w. If the HALE branding sounds familiar you’re probably thinking of NZXT’s HALE90 series of PSUs. The only downside to the HALE90 units is that 80+ Gold parts and designs are expensive! The HALE82 series is 80+ Bronze rated and should cost significantly less than the HALE90 units, while maintaining the excellent NZXT quality.

Over the past 10 years, our members have been experts at a lot more than just cranking up the MHz, and this article highlights just a few of the great applications developed by the Overclockers.com community!