We have all now seen the latest offerings for P55 chipset motherboards. For many it was the best board for their needs and they upgraded. I found that there are still many undecided folks still delaying the decision to upgrade their computers. They are generally happy with the current performance of their rig but the remaining life span of their system is still in the back of their minds. I am going to stick my neck out and say that maybe another look at the x58 chipset motherboards just might help them find their way to that upgrade. Most people say to themselves, “If I’m going to invest a fair amount of my hard earned dollars, I want the best board that fits my needs.” So let’s venture out on a high-tech safari and travel to that X58 jungle in Silicon Valley and see what hardware we can prey on.

There are many choices amongst X58 boards nowadays but which is the best for you? Well, to help determine what the best motherboard is we need to determine the recipe that makes for the best board. The best board to someone who is on a budget is different than one for, let’s say, a person that has Bill Gates’ budget. The best board for a gamer may not suit someone that is an extreme overclocker. So we have a lot to consider when we want the best board.

One of the best places to see what’s offered on the market is Newegg.com, which has 38 different motherboards by 11 different manufacturers. Of the companies, Asus has the most models with 11 , followed by EVGA with six, MSI five, Asrock four, Foxconn and Gigabyte with three  each, ECS with two, followed by Biostar, Jetway, and SuperMicro tied with just one board. Price-wise, the highest cost board is the EVGA 762 Classified at $499.99 with the Foxconn Flaming Blade priced the lowest at $154.99. This is a rather large range of boards to deal with, so we are going to break it up. We’ll divide and conquer to find the best board for each market segment. The segments we are going to look at are:

In the entry level segment ($210 or less) we picked three from a field of nine boards. These boards have all the necessities to get the job done. They are the best boards for someone who has a limited budget and is looking for the “best bang for the buck” or maybe someone who is just darn thrifty with their money. We can also include the media PC guys that are looking for a small form factor. They fit right into this segment as the smaller the board, the less it generally costs to make it. Also note that manufacturers tend to remove components to make it smaller. The biggest target for component chopping are PCI slots. 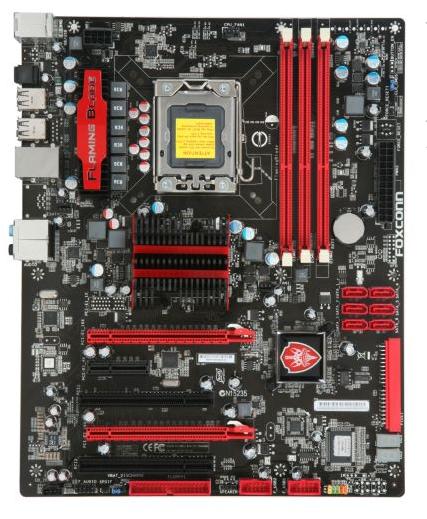 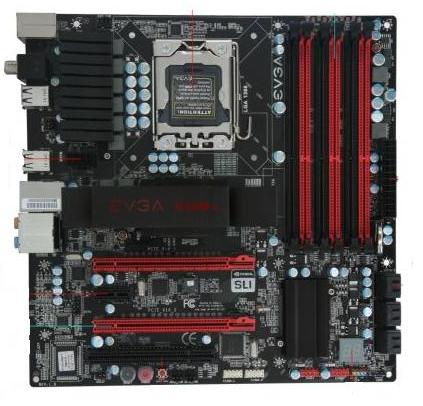 For the Enthusiast/Gamer segment it is a bit more difficult to find the best because there are more ingredients in the recipe. Here we are less concerned about price and size but looking for features, durability, name brand, board layout and pcix16 slots. The Enthusiast is looking with a more critical eye at the looks and functionality of the board. The last segment is the extremist who goes all out with no regard for price and is just looking for raw potential to get a new world record. These guys dive off cliffs, jump out of airplanes and get lots of speeding tickets. These guys will fry a CPU, burn the sockets and crack the boards trying to top their top bench records. Only the most high-end boards fall in this category. The X58 line is full and it has something for everybody. Combined with a Bloomfield processor, you will have a real number cruncher that’s fast…very fast. So to those that are undecided, it is time to upgrade. The X58 based motherboards are the best on the market. Go straight to your favorite technology store and buy one or two.

Today, we get hands on with the Anidees AI Crystal. I spent a lot of time admiring this case, and then a bit more building in it, so sit back and grab a snack as we jump right into it.

Gigabyte H55N-USB3 mini-ITX: Big Overclocks From A Small Board

The Gigabyte H55N-USB3 is one small board that is capable of some really big overclocks. I have always thought of mini-ITX motherboards as utilitarian in that people only used them if they had a specific reason to. Like me, most people probably never thought of small form factor motherboards as something that might be good for gaming, overclocking or benchmarking with, but Gigabyte’s mini-ITX motherboards are quite capable in all those respects, so let’s see what the H55N-USB3 can do.

Really good read alien, your breakdown is definitely going to be helpful for people in the market to get a new board!

very nice :) I got to skim the article and I'll try to read it thuroughly in the morning, but i was wondering why my mobo was left out? was it because they didnt send one for you to test? i got it for around $170 shipped.

Yep, quick read with lots of information. A few new boards have entered the market after article was written so look for follow-up article.