As some of you may know, ever since I built my new rig last year (the topic of my system build guide) I’ve been completely dissatisfied with the performance of the ASUS Nvidia 570i chipset motherboard I installed in it. Initially I had serious stability problems with the board, but after a slew of BIOS updates, it actually became a pretty solid platform.

Unfortunately the BIOS updates didn’t cure the motherboard’s horrible overclocking performance and after doing a little research, I realized there was no way to fix that. Fast forward to November of last year when I spied an XFX 680i LT motherboard on TigerDirect for $99. I had my order in within the week and the board arrived a few days later. Fast forward by another 3 months and I finally sat down to write this review. 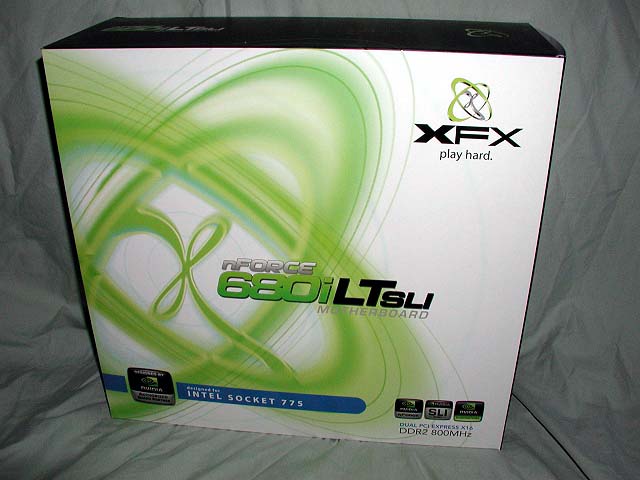 The packaging on the this board is nice and simple, with some abstract graphics to catch your eye. Notice the big “Designed by Nvidia” logo in the lower left, so if there are any design problems we can blame Nvidia! 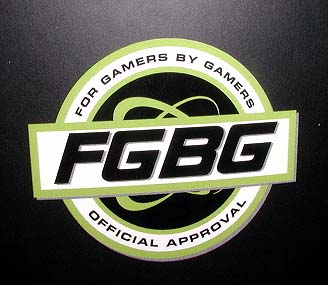 For Gamers by Gamers. Sounds good to me, although I’m not exactly sure what they mean by “Official Approval.” A quick Google sent me to the Razer products website (HERE.), I immediately noticed the For Gamers By Gamers on the top edge of my browser followed by “TM”. Hmmm…. either FGBG is some program set up by Razer or I hope XFX has the rights to use the phrase. 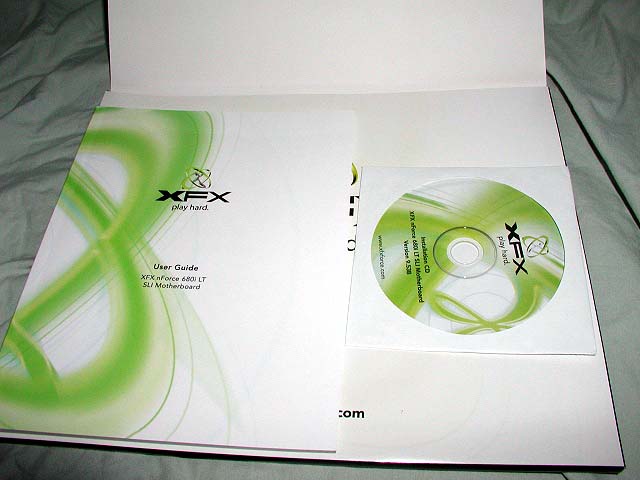 Popping the box open we see the included folder which contains the install CD, quick install guide and manual. 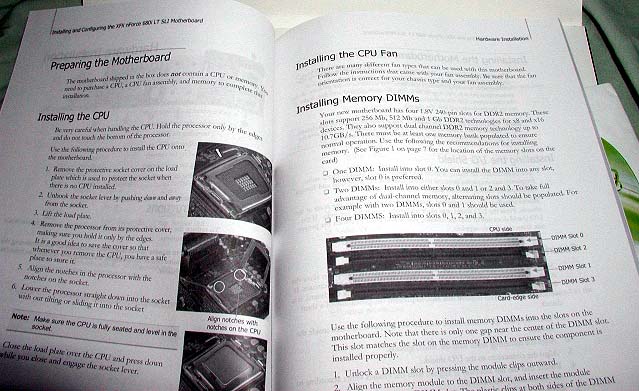 The manual is comprehensive with full explanations of all important information. The quick install guide is also nice, since it covers all the important bases without the need to find a page in the full manual. 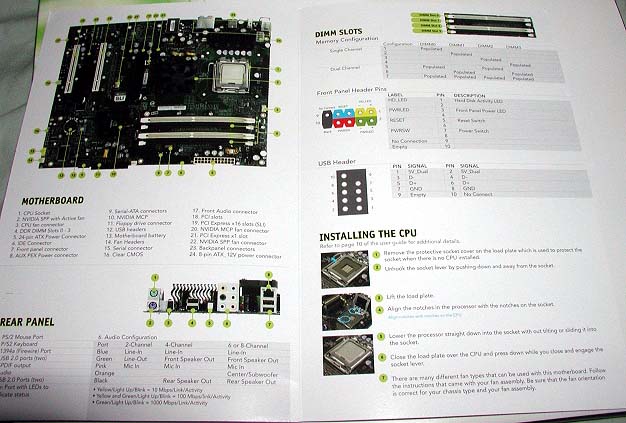 Undoing the bubble wrap we are presented with the motherboard itself, safe and sound in an anti static bag. At this stage I’ll get into the board specs: