Have you seen how much dust accumulates in your PC?

I live off a dirt road in the country and dust is really bad; even in the house. As you can see from this picture, taken after I blew away dust in my PC. 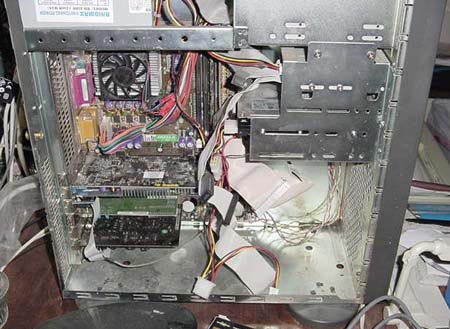 This can’t be good for my machine. On the other hand, cleaning it out is a pain, too.

I had read at Overclockers.com that it is a good idea to have positive air pressure in your PC case because it prevents
dust build-up in all the cracks where air is pulled through with fans.

So, I took the fans from inside my case and mounted them on the side blowing in. I mounted two fans in the side of my case; one
blowing right on my cpu and memory sticks, with the other blowing right across my GeForce3 ti200 video card.

For cooling, this worked like a champ! My CPU ran 3 degrees Celsius cooler, so I used a hand-held thermometer to test case temperature, and as you can see, the case temperature is only 1/2 degree above room
temperature. 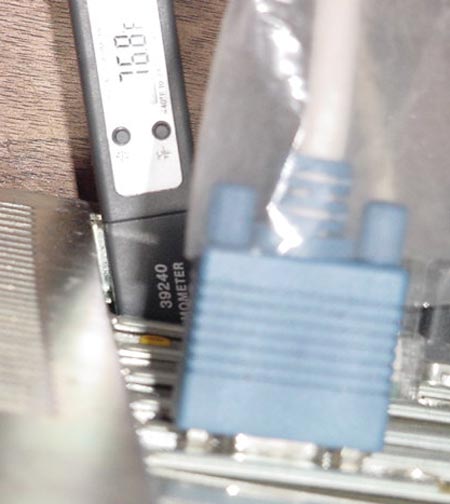 That dust was determined, though. . . . {mospagebreak}

I thought about it and came up with an idea. Why not filter the air that goes into my PC first?

With what? Hmmm, where else do I need an air filter?

Hey, if it’s good enough for my truck, why not my PC?

I found an old chrome air breather, cleaned it up, and got a new filter from Fram.

I needed a lot of air, but the chrome breather has a hole right in the middle of it. That ruled out one big fan, so I used four small
ones instead.

I already had the two fans I mentioned earlier, and one inside my case, blowing out the front. 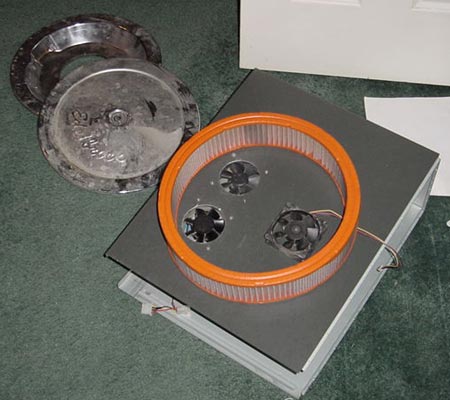 I took the
front fan out and got a new 3.5″ fan, which gave me three 3″ fans and one 3.5″ fan. This left enough room to drill a hole
for the bolt that holds the breather cover. I don’t think this is sucking out too much more from my 350W.

Here’s how I got it that way:

I already had two fans in the side of my case. I used a marker to
mark the inside radius of each additional fan. Then I drilled a starter hole and started cutting with a trusty old
jigsaw with a fine metal cutting blade. 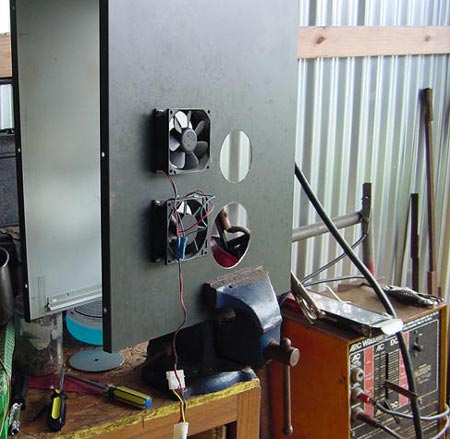 Not too bad! I moved the old ones to the outside and mounted the new ones. 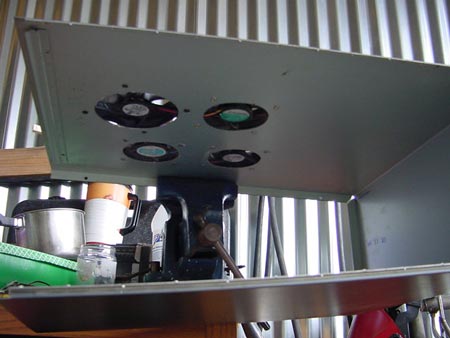 I began fitting the filter. 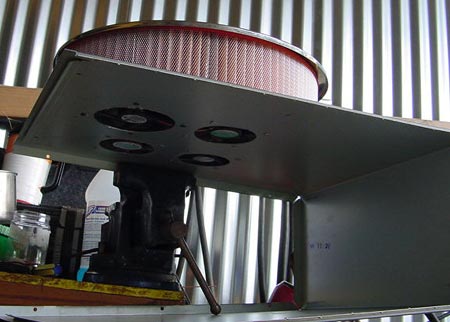 I drilled a hole for the mounting bolt, which was too short, so a little welding was needed. 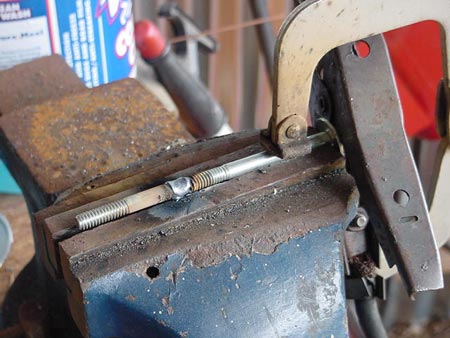 I wired it all up, using the wiring harness from an old CPU fan. 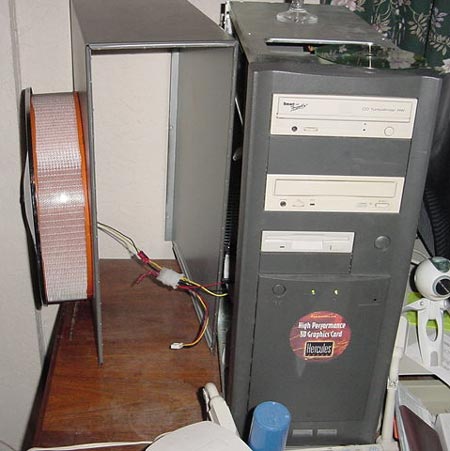 I tested the air flow and it was great. As you can see from the match, it is moving a lot of air. 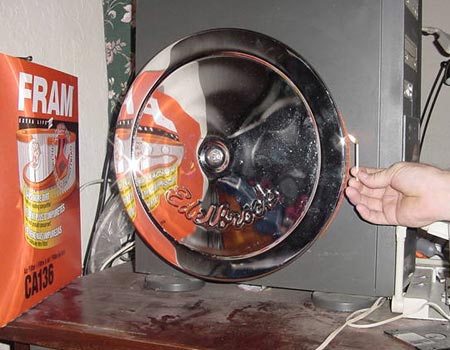 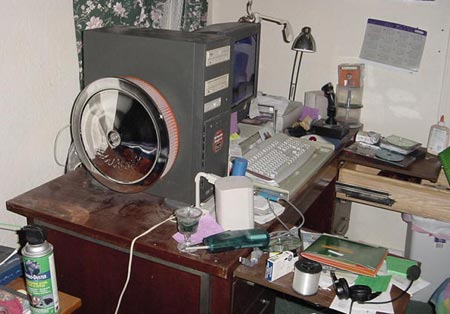 I hope everybody gets a little enjoyment, or even a silly idea, out of my
clean air rig.

Welcome back to the second part of our article on PC water coolant chemistry! If you have not already done so, please check out Part I for detailed information on some of water’s unique physical, thermal and chemical properties and the various types of water available for use in PC water-cooling systems. In Part II, we will take a closer look at the suitability of using pure water, discuss corrosion, summarize some of the many water additives that are available, and present several popular recipes for coolant mixtures.
Read More