Pretty sure I'm not supposed to have THAT yet... 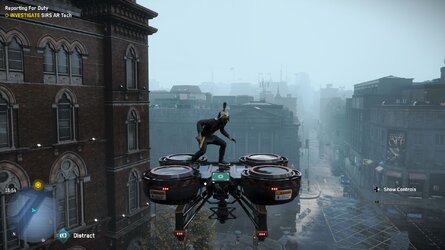 It's hard being a Watch Dogs fan. Each game brings new features and more stylized looks... but for every new thing they give you... they take about five things away. I first noticed this in the previous sequel: Watch Dogs 2. Gone (mostly) was the completely unlikeable jerk of a protagonist, and he was replaced with a younger, hipper crowd lead by a guy who, in every possible way but hacking skills, was his polar opposite: Likable, charming, witty, and funny. The four things the pretentiously-named "Aidan Pierce" from the first game was certainly NOT. The user interface received a bit of a bump as a cell phone where you could listen to music, order cars, do most of your hacking, and view maps. Much like reality... you experienced the world of Watch Dogs 2 through your phone.

But they also wiped-out parts of the original Watch Dogs that were actually GOOD... such as the Vigilante Missions: Random events that took place in the game world that you could earn money by completing... if you wanted to.

I feel an even greater sense of loss in Watch Dogs: Legion though... ALL of the improvements I named above: witty, humorous characters, experiencing the world through your phone, and the generally faster pace and more laid-back nature... All of that is pretty much GONE in Legion. In fact... in many ways... the game has reverted back to what it was in Watch Dogs 1: A humorless, gritty, urban affair filled with unlikable characters that you probably won't have enough time to get attached to before they are either injured or dead. 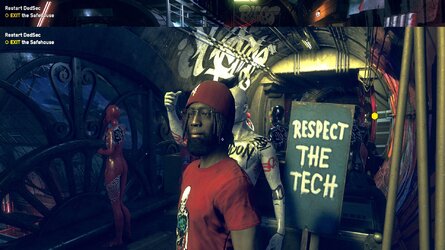 You see the "Legion" part of Watch Dogs is that you start off with just one agent and you can then recruit an army of people off of the street. It winds up playing a lot like a less customizable X-Com 2 where you go through the trouble of building up a team only to see that whole team slaughtered in the next mission and have to build them up all over again. Since you can recruit just about anyone that you walk past in Legion (unless they hate DeadSec) their bios and personalities are rather generic. But... then again... so is the rest of the game.

Aside from major changes to the user interface which dramatically simplify everything at the cost of erasing anything that could be considered "fun"... the regular nuts and bolts gameplay has also been simplified. You can still hack vehicles and people's phones... but if it seems like you could do a bit more with them in the last game... it's because you COULD. In Watch Dogs 2 you used to be able to recoup spent tech energy by getting it from someone else's phone, the tech tree where you spent points was about five to ten times larger than it is now, and you could even determine, at a glance who was a good person and who was a jerk so you maybe wouldn't feel bad about emptying someone's bank account into your own. Watch Dogs 2 also had a fun side game where you could earn experience points by taking photos of historical San Francisco landmarks. Which... oh yeah!... reminds me: The experience points are gone *too.*

A short time into the last game every agent got a spider and a drone. Now you only get the spider and the world is so filled with drones I guess Ubisoft thought you didn't need your own. The game would've been slightly less annoying if you still had it. I wouldn't argue that drones may have made Watch Dogs 2 a little easy... but now hackable storage drones make it even EASIER... so I don't understand why that particular feature was removed other than the fact that maybe they ran out of time to implement it.

Which is something you'll notice all over Watch Dogs Legion: there is space in there for a really wonderful game... they just never got around to making it. 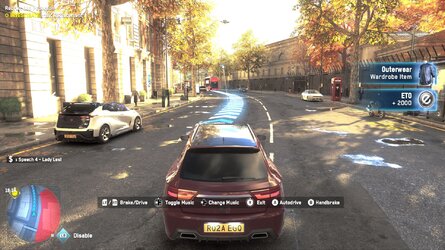 Daytime Ray Tracing and HDR. (Notice the trees being reflected off the roof of the car in real time.)

On the technical side of things I've been playing Legion on a 50" 4K HDR10-enabled television on a computer with a i5 9650kf CPU and an Asus RTX 2060 Super GPU with 8GB of RAM. Since this was an A-List, "next-gen" game (and because I received so many warnings while I was setting it up) I didn't think there was a chance of me running it in 4k... but I was wrong. I don't know if I'd go so far as to say the gameplay is silky smooth... but I saw no discernible difference between the performance of Legion and Watch Dogs 2. Granted I wasn't playing with the highest possible settings and FSAA... but still this was with ray tracing enabled and 4K. The GPU's fans weren't blaring like a jet's afterburners... the CPU didn't BSOD on me... In fact, my system seems to have barely noticed I was playing a game at all. All this leads me to believe that the system requirements are either greatly exaggerated... or that the most demanding parts of the game simply aren't present in the current build. They do not exist.

Telling... as far as them not getting around to making that "really wonderful game" are two factors: One is that the "Online Mode" won't be available until December. And Two is that there's an Online Mode at all: Both the original game and its sequel featured both random and planned events that occurred organically within the game world. After about twenty hours playing Legion I have yet to encounter any other players at all... but worse it seems that I never will... unless I log into some special "Mode." This runs counter, not only to the spirit of Watch Dogs in general... but specifically to everything that Legion is supposed to stand for. If your team is unbeatable because its members could be anybody... then wouldn't online co-op players (who featured dominantly in Watch Dogs 2) have been an important part of that vision? 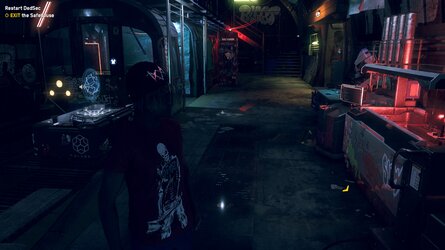 In closing the new Watch Dogs feels like it would've been a nice 15 minute beta of Legion... but it doesn't pack enough punch to feel like a completed product. I got the game after the huge Day One Patch was released... so I never got to experience some of the game crippling bugs that others had. (Though it still crashed on me at lease once.) The world LOOKS beautiful... and it's filled with people. But if you've experienced the first two games you'll quickly notice that something doesn't quite feel right. If I may put a word to that feeling for you... I'd call it: "humanity." The humanity was really the strongest feature of the first two games, and it's missing from Legion... which is a critical mistake the game may never recover from.

After all... Isn't that what the Legion was supposed to be fighting for?
Last edited: Nov 8, 2020

Looking forward to the rest of the review! Well written thus far!

Really I think if they'd just released the exact same engine as Watch Dogs 2... with some new British protagonist and all new missions... everyone would've been happy. But it's clear that: whatever they were trying t accomplish... they never had enough time to do it.

I always found Yahtzee's reviews to be funny, figured this would be the best place to post it, hah.

Note, NSFW language as is normal for his videos.
OP

Janus67 said:
Note, NSFW language as is normal for his videos.
Click to expand...

Yeah that review is pretty spot-on. Basically everything that I said.

Cool that he did the AI voice for that game. (I THOUGHT it sounded familiar). That's like the only funny part of the whole game.

If you can get it cheap for Black Friday I'd say go for it. Otherwise wait until it's like 10 bucks like all the other Watch Dogs games...

Honestly... if it wasn't for the Pandemic... I don't think Ubisoft would survive this year.
Last edited: Nov 27, 2020
You must log in or register to reply here.

DeathLoop vs Borderlands 3: A Tale of Two Systems

Bring on the sims!