A more sophisticated version of the Kill-A-Watt?

Greetings. It's been a while. For the first time in my entire history at this forum, I have been noticing white hairs.
In doing research for my next build

I thought I'd obtain a kill-a-watt type device or two just to get a better idea of what stuff is pulling from the wall. PCs under various loads, monitors, mini-fridges, etc. However, I was wondering if anyone knows of a more sophisticated version of this thing... preferably something with a more robust display, that can show averages, mins/maxes, multiple outlets (if not all at the same time, at least switchable), higher maximum current, etc. Oh, and it shouldn't cost 18 trillion dollars. Maybe just up to 120-150... if it's somewhat more than that it would have to be amazing. Or will my version of sophistication end up having to be just using multiple kill-a-watts with a few very short/fat extension cords, or just using 1 like a pleb

The company does put out a surge protector strip that measures the usage of everything connected to it combined, but aside from a disturbing amount of bad reviews, it's too blunt of an instrument and doesn't even sport increased max current capacity. And at 80-130 bucks such mediocrity is most certainly not worth it. Multiple individual kill-a-watts would be far superior.

I've seen some similar products to the original kill-a-watt that do offer some kind of rudimentary statistics keeping from the time you start recording to end, with batteries to avoid losing the collected data. But it's super basic and doesn't even seem to show averages/mins/max necessarily, but more of a cumulative kWh usage without necessarily precise timing shown. So those things seem a tad... blunt of an instrument and possibly less reliable too. But if you've had good luck with any of those, please let me know.

I do not expect to find anything that can truly bridge this product-line gap between hurr durr and OMFG ULTRA PRO 1337, but this is my last shot in the dark!

And did I mention how much I love all of you what undoubtedly by now consist at least partially of geezers?

Not certain of any products off hand, but I wonder if any smart outlets would do what you want??

I know the Eve plug does some monitoring, but I don't know the extent. My TP-Link Kasa plugs are great but do not offer any monitoring.
OP

A promising concept: Such a device that then is accessible via software. When I realized they seem to all be designed only for smart phones and to be hooked into Google/Apple/Alexa/etc. I could feel the massive headache coming on. However, it appears there are already standardized ways of flashing the chips of various devices of these types with open source firmware and taking control of them, taking them off the cloud, and being able to do stuff with them in a more hackerish, custom way, using non-phone devices. Not the kettle of fish I was anywhere remotely prepared for, but... that angle is certainly something to consider on a longer timescale.

I do not know of anything that could do multiple sources....unless you were monitoring the circuit. For instance I have a $20 device that tells me info such as wattage for when my Generator runs. This way I can switch things on and off without overloading. I mounted it in a plain white plastic box with room for one more. I could add more to monitor another circuit. My Tp link plugs can tell runtime, 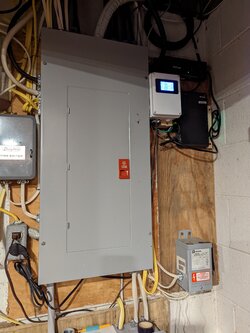 DeathLoop vs Borderlands 3: A Tale of Two Systems