Just finished up this build that I've been planning for several months. This system is used for [email protected] I've always wanted to do a 7-GPU build, and here it is! 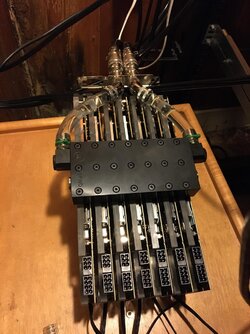 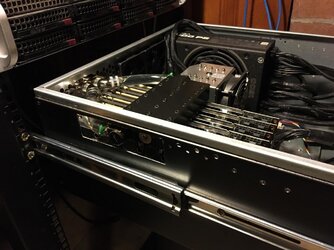 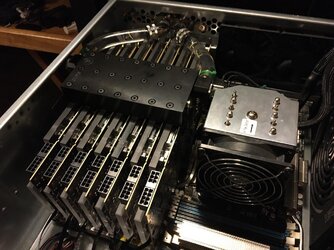 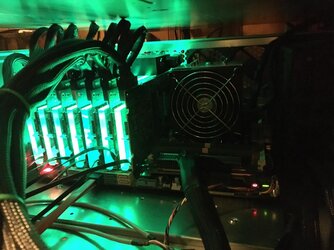 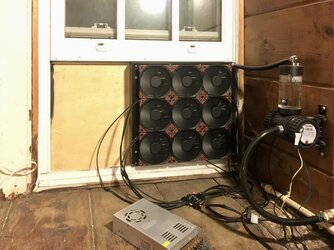 Temps are great, about 50-55C under full load (each card power limited to 200W) and that's with the heat from other systems passing though the same radiator, it's doubling as room ventilation.

There were several hurdles in getting this system together.

First I had to find GPUs with single slot I/O so that I could get them down to true single slot once a waterblock was installed. Most GPUs have a DP connection in the second slot, and I didnt want to go through the trouble of removing this. The ASUS Turbo model GPUs are the only model 2080 card I could find with a reference PCB and true single slot I/O.

Then I needed to use the Koolance low profile fittings for cooler clearance and I still had to cut a hole in the side of the case for clearance.

Then to top it off, I had a leak during leak testing (only power to pumps, everything off) and after cleaning it up, the motherboard would not turn on. I ended up baking the motherboard for 12hrs in the over @ 170F and let it sit for 2 days to totally dry out before it started working again. It seems fine now though (I have a spare MB just in case).

That is ridiculous....ly awesome!!! Nice!

That is just sooooooo flippen sweet!!!!!!!

You made me look! Noice! 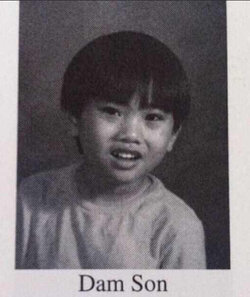 amazing. glad you're dumping all that heat straight out the window.

A mini HPC! Worthy of a university team.

You ARE folding with this, right?
OP
G

RollingThunder said:
You ARE folding with this, right?
Click to expand...

A
Need help choosing a GPU.