I've had my RTX 2070 (non-super) since right around when it was released. I got it because my GTX 970 wasn't up to snuff for my shiny new 3440x1440 monitor. Everything was great until odd things started happening and I got lower than expected performance.

The issue is that I noticed one day that the 2070 was running at pcie x4 instead of x8 like it's supposed to. I thought maybe my card was going bad, but when it was placed in the second x16 slot on my board it ran at x8 like I expected it to. My 970 switched to the main slot also ran at x4 so it wasn't the cards.

Now, I have no idea if something was going bad with my system, or me putting an m.2 drive in my only m.2 slot and it took some pcie lanes from the primary slot. If that's what happened, then that's not going to work for me since I plan to grab a RTX 3080 when they come out. I also realized that this thing has frozen on me at random (OC'd or not) so it was probably time to upgrade before I got a new GPU.

So, I did. Yesterday I got my fancy new 3900x (haven't been to AMD since the socket-A days). I got 32gb of 3600mhz DDR4 and a nice Gigabyte motherboard. I already had a solid base so I only needed the three components.

This is where things got interesting.

My test when I found out the link speed on my primary GPU was "off" I fired up Arkham Knight to see where my performance was at. Borderlands 3 got lower than 40 FPS the few times I've played it so I was already wondering what my potential bottlenecks were.

With the 2070 as the main GPU and the 970 dedicated to physx I got a decent 10fps average over the 2070 alone with the old rig. CPU wasn't up to snuff for physx. I forgot to get a screen shot, but my average was around 70 something with a minimum of mid 30's.

Once I got everything set up with the new rig I did the same test. With the 970 dedicated I got the results below. 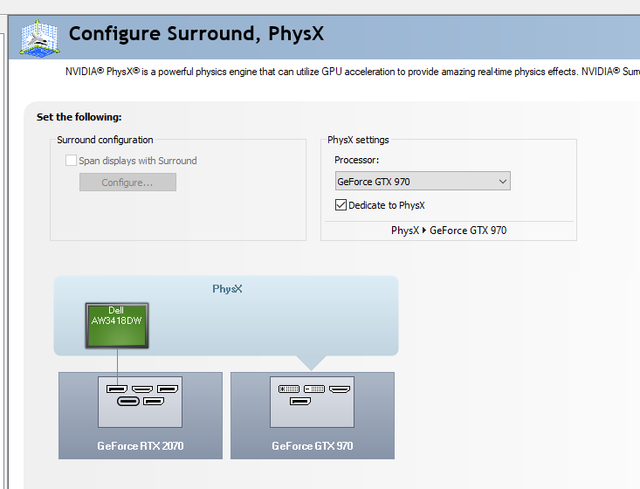 Then I decided to uncheck the "Dedicate to Physx" box to see what happened. I'm honestly not 100% on what that does, but the results are below. 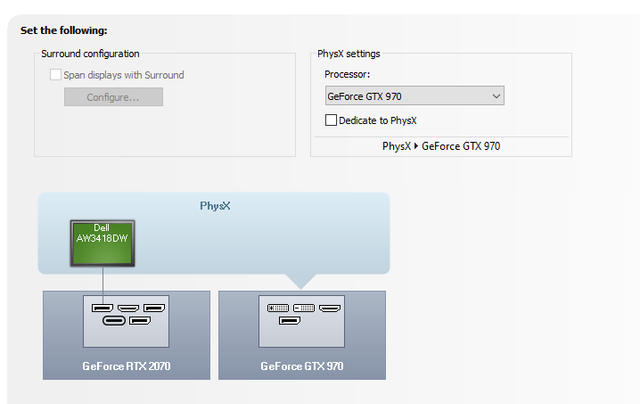 So, not really much of a difference, but it was repeatable. Minimum went up a bit. So, I did the same with the 2070 dedicated to physx. 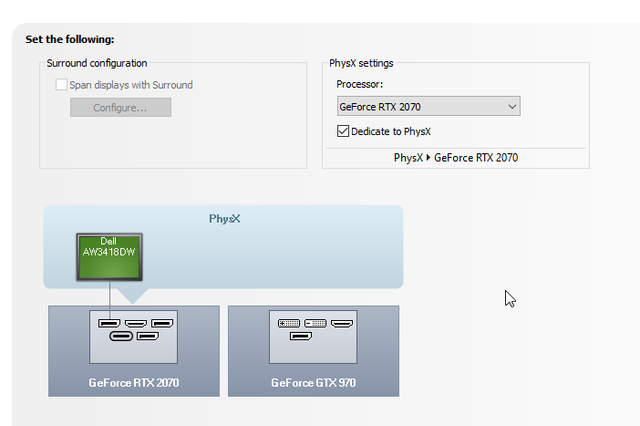 As expected, not as good. Ran again with the check box unchecked. 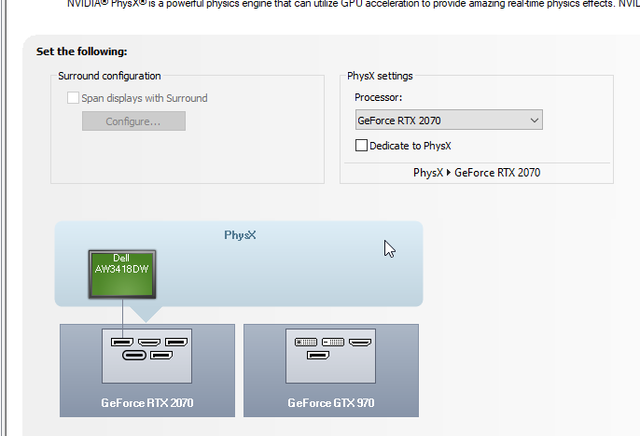 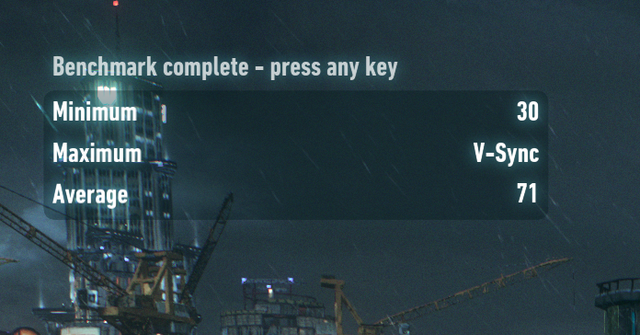 Again, not good. I'm not sure what the check box does, but that this point in my limited testing, it seems the answer is "not much".

Here is where things got interesting. Below is where I decided to see what my extra 8 cores and extra 20 threads could do over my last CPU. See below. 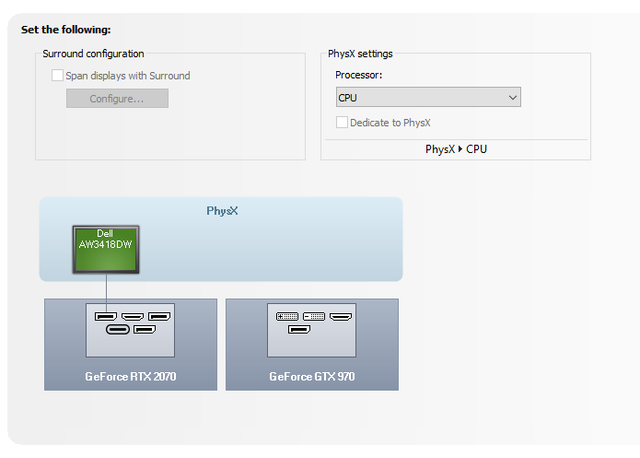 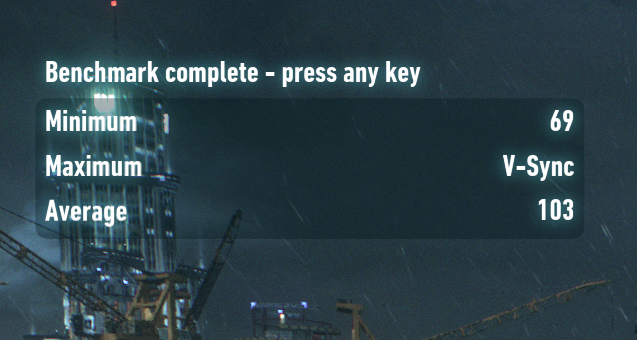 I honestly wasn't expecting this. This is a HUGE increase in performance. I would have thought the 970 would have done a better job with physx since that's part of it's job anyway, but no. Not even a little bit. This tells me having the 970 in the mix is probably pointless and I'll be taking it out and finding a new job for it. The kids could use a decent GPU I guess.

So, what do you guys think? Is this just a single game occurrence, or is this something I can expect across the board? Is there a reason to keep the 970 in the mix?

With your results I would pull it and save the electric its burning. It should also cool your system by some amount by removing it.

Using a separate card for physx lost its luster several years back, really. Cards today and a couple gens back could easily handle it.
OP

EarthDog said:
Using a separate card for physx lost its luster several years back, really. Cards today and a couple gens back could easily handle it.
Click to expand...

Agreed, but with my old board, it made a positive difference. Just shows how good parts are now. Nice to have that heater removed.

What's more interesting is that BL3 results didn't change in any way with config changes.

Any other games to test this out on?

https://www.nvidia.com/en-us/drivers/nzone-physxgames-home/
You must log in or register to reply here.