Overclockers is supported by our readers. When you click a link to make a purchase, we may earn a commission. Learn More.
Y

I've posted all sort of things related to my 1080ti in the past. This topic of this post is: how cool your card can run when it's running in a hybrid configuration. In short, I am going to post a result here which I would consider unrealistic, to the point of self-doubt, yet really did happen, more than once. And this is what it looks like when it's set up in my case: 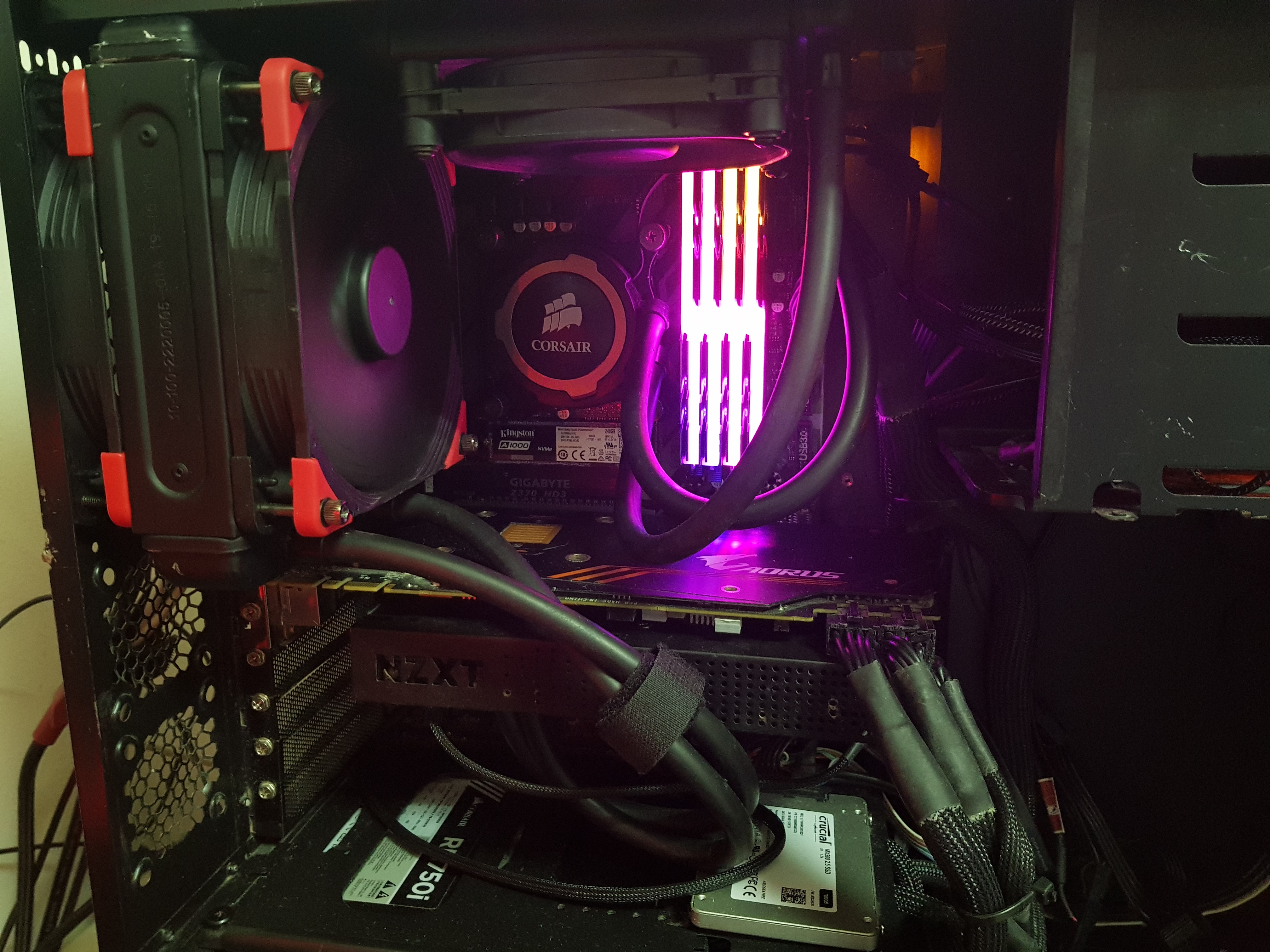 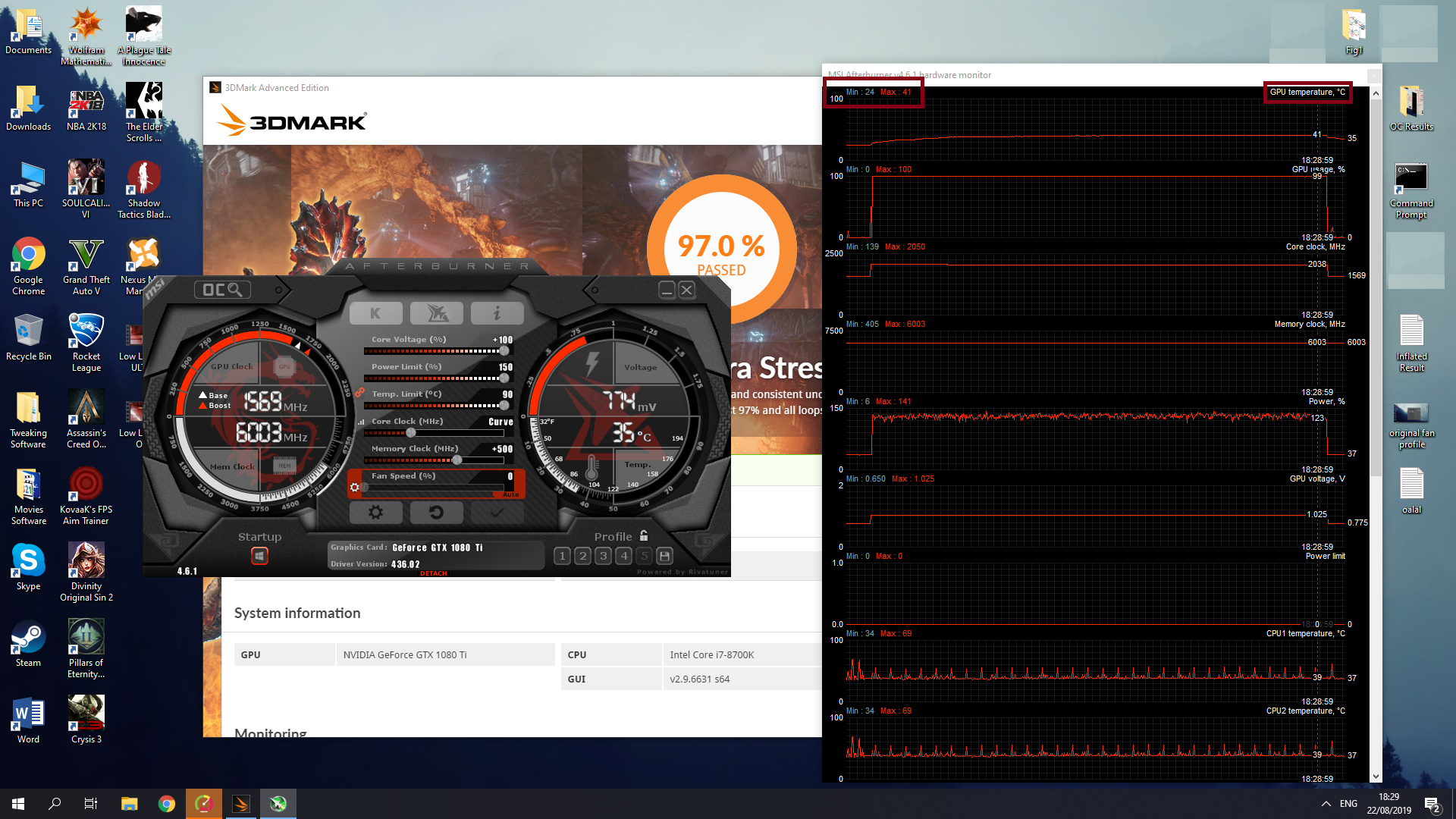 But hold on... How did I test the temps? I used my favorite stress test, FireStrike Ultra. This stress test lasts about 15 minutes and typically uses 130%-150% of the card's power (which is 350W-375W total), should you allow it (Stock cards would use 100% of the card's power, which is 250W). I've done countless runs of FireStrike Ultra and I can say with high certainty that the temps in this 15 minute stress test pass those of 1 hour of Heaven or Superposition loops, which means that it emulates gaming temperatures quite accurately. I can add a 1h Superposition 8k optimized stress test later.

There are some fine points about how to reach this temperature on such a small radiator.
1) A good thermal paste with proper application - A must. I tested Gelid GC Extreme, Noctua NH-1, Arctic-MX4. Gelid was the coolest, MX-4 was +3c, NH-1 +4c. Application is also crucial, with GPUs i prefer a thin spread. 2-3 times I had bad spread and I noticed it both under load and in idle, basically as a rule of thumb, if the the idle temperatures are stable and do not fluctuate then the application is fine. If it fluctuats then every little usage spikes the GPU by 3-4c which is not how it should be in this configuration.
2) Good fans. Push-pull optimized fans will always perform the best. The stock NZXT fan is alright, but it needs higher RPM to achieve the same airflow. I also had SP140 and wasn't really impressed with them (about +4c on same RPM) Good performers that you can find in a nearby store are in my opinion the NF-A14, Corsair ML140 and Fractal Design Venturi. I wish I could test NB eLoop but I don't have them at 140mm and they're too expensive for me to purchase.
3) Good airflow. I have have an old-school case with a 200mm side fan and filtered 2x 120mm front fans. I don't know if a glass paneled case would circulate the air in the case well enough. I am pretty sure hot air would build up inside the case. I did not test with the fans off, but I can.
4) CPU radiator. If I had a CPU heatsink, the 140mm radiator would also need to exhaust hot air from the CPU. Could also have clearence problems.
5) Undervolting. The card is overclocked to 2050/6000 - Well above any stock configuration (typically 2000/5500 for versions like Aorus/Strix/Gaming X/FTW3), yet the voltage is only kept to 1.025V. It lowers the temps a bit, mostly by consuming less power (still high power - 120%-140% power is 300W-350W for a 1080ti)

So good fans shave about 4c, good thermal paste and application about 3c, and undervolting shaves about 3-4c from my previous tests. This is why thermals are so low. I think it's impressive to keep a card this cool with such little resources.

Nice work. Should really let that TI spread it's wings. Enjoy!
You must log in or register to reply here.