Im running an Alphacool GPU AIO 240mm and an Eisbear CPU AIO 360 in a shared loop.

So today disconnected the GPU from the loop to clean it up and repaste and add new thermal pads(VEGA 56card.. hot spot hell), and before attaching it back... I had the CPU block(pump is integrated to the cpu block) attached to both radiators.. I topped it up with distilled water. Had to refill quite much tbh lots of air was trapped in the rads, had the pump running too.. And then when i attached thr GPU to the loop again.. I had insanely high temps. CPU 95c instant, gpu was burning hot, the tubes were burning hot.. half way of the entire loop, rest was ice cold.. the 360rad is connected to the IN port of the CPU block.. 360ras was ice cold.. While CPU and GPU thermal shut down the system all the time..

So i tried to read in on this a bit.. after surging around 50 different threads, all seem to suggest that the pump is dead.. So i disconnected all and had only the CPU block/pump and 360rad in a loop.

And sure as hell.. Its not running through any water at all. But bios say its running.. at 2700rpm.. as it shud be.. and its making that classic pump buzz sound and slight vibration..

Aww hell.. need a new pump! For the sake of it.. i dissasembled the CPU block/pump to make shure i would select the right pump at the shop..

However i noticed that.. When the coldplate was off, there is a cover like thing ontop of the microfins, which has a thin line opening, thats the only way water can flow from the pump thru the coldplate and into the rad and loop..

this thin line opening.. It was totaly gunked up! some slightly bright green gou..

So i cleaned it all up.


So my question now!

It seems that the pump is working fine. And that it could not flow water due to obstructed path into the cold plate..

I could clean the microfins just fine. But.. That small reservoir that is in the CPU block. Had green buildup inside where the window into the reservoir is. I could not get this fully cleaned..

am i shaking hands with the devil?

1st off, welcome to OCF!

That bright green sludge is the glycol that is added with the fluid since it's a closed loop (AIO). Depending on the age of the unit itself, it's not surprising that happend. For the most part, the fluid evaporates and the pump fails. The fluid (glycol) mix is to 1) Lubricate the pump impeller, and 2) inhibit algae growth.

I hope when you refilled that loop after cleaning you used distilled water and added glycol (antifreeze/coolant) in a 90/10 mixture.
OP
B

Thank you! In due time eh? Been readin in OCF for years. Cheers!

The AIO is about 5 years old!
Oh thata sounds promising! I was worried it could be something devestating hehe.

Im thinking of going for EK Cryofuel Clear premix. Alphacools own pure distilled water was out of stock and EK cryo premix seems to have good reviews.

Im extatic if this is going to work fine! It really is a bad time to not have a running computer

I'm not a fan of custom fluids; ( Cryofuel, Mayhems, etc). One time I ran Mayhem's blue and in less than 6 months it gunked up my whole loop really bad. I had thought my pump failed and temps were spiking to dangerous levels. The fluid turned into blue jello. From then on I only run distilled water and a biocide. For color I use colored tubing.

For those AIO units you are using, it's not advisable to use those fluids. The pump in them are not designed to push fluid thicker than water and will kill the pump, unless you're going with a custom loop. In that case, use with caution and beware of the risks
OP
B

Oh. Thanks for saying that. Bottle is half empty now anyways and i emptied the loop

Ill definately get the Alphacool pure destilled water to fill the loop. However i am a total newbie when it comes to full refill of the loop. I have no idea of what additive to buy. You say glycol, i have never bought antifreeze/coolant. Id rather be happy if the proper additive was sold where i could buy my alphacool distilled water

.. I could possibly find antifreeze/glycol at the gas station

You can get a gallon of distilled water at any supermarket. You don't need to buy a gallon of antifreeze unless your car needs a top-off. All you really need is a few droplets to add to the AIO. You can just get the Alphacool fluid if you choose. It's just a bit more expensive. When refilling that AIO, you will have to tilt the case sideways to get most of the air bubbles out. Then keep filling until you have no more space.

Every once in a while you will hear a sort "whooshing" in the AIO from the radiator or the pump housing. That's the trapped air working it's way out. It will take a bit of time for all or most of the air is out.
OP
B

Hnm.. From what i understand. Best way to go about is ask around people i know that have a car, if they got some antifreeze

I think i should rinse out both my rads? Whats the best way to go about it? Attach a waterhose to one end of the AIO and push through water? hot? cold?
Id like to keep this kit aslong as possible. Worked great for pushing my vega 56 to 1780mhz core, 1150 hbm with GPU internal and hbm timings halved for 4 years now ^^ Cant really afford or be arsed for a custom loop or new gpu for atleast couple more years.

That sounds like a plan! Wash both rads, hot water and shake them good with water inside. Rinse with cool water. When using a hose, don't blast them with alot of water pressure. Be gentle!

Then reconnect them, refill with distilled water, a few droplets of glycol and you're good to go.

If you can't find a friend with antifreeze, here's a good product from Swiftech. I've been using it for over a decade. 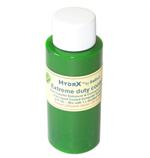 That antifreeze. Shall i buy the concentrated glycol? Or premixed with water? they cost the same hehe

It's up to you, but you don't want to add pure antifreeze.
OP
B

Haha no.. ofcourse not

im curious of the ratio. Around 100ml concentrated glycol to 1 litre distilled water?

That's probably a good ratio. I fill the loop with water leaving some space in the res, and work out the big air pockets. Then add the coolant as returning smaller air bubbles lower the reservoir level. You can hear the difference once the mix is good (pump is quieter) & the air is gone.
You must log in or register to reply here.

M
Pump all I need?