It's time to upgrade my GPU. Currently I'd been running an ASUS Poseidon GTX 780 which was my first liquid cooled GPU. Now that I'm upgrading to a eVGA GTX 1080 FTW it's time to redesign my loop. I've decided that it's time to make the jump from tygon to hard line. I've read a lot recently on the subject and think I'll be going with acrylic due to the concerns about leaching with PETG and most coolants. I don't want to gum things up with plasticizers.

This means I'll need to redesign my whole loop. Right now I'm using tygon tubing from PrimoChill and my drain is a Koolance quick disconnect on the return loop back to the Monsoon reservoir. You can see it here in this picture from when I first built it. 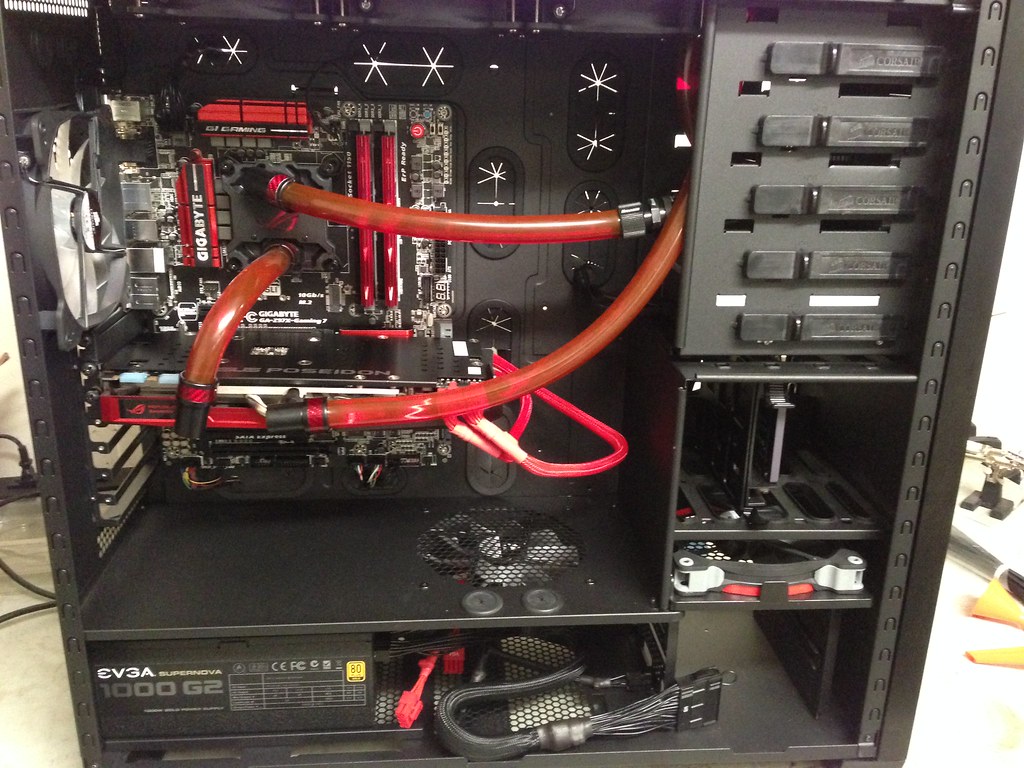 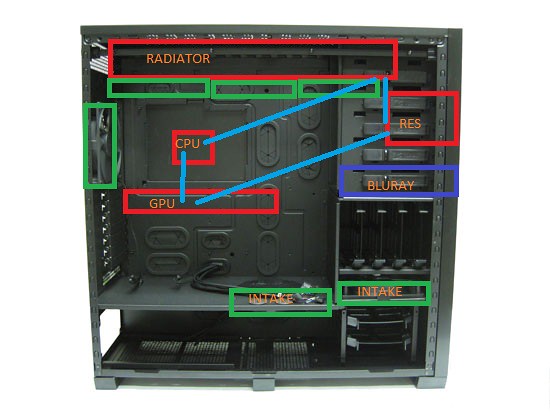 This is all plumbed together with PrimoChill lines and Monsoon fittings.

This is how I'm considering redesigning it.

Ok, how about this. 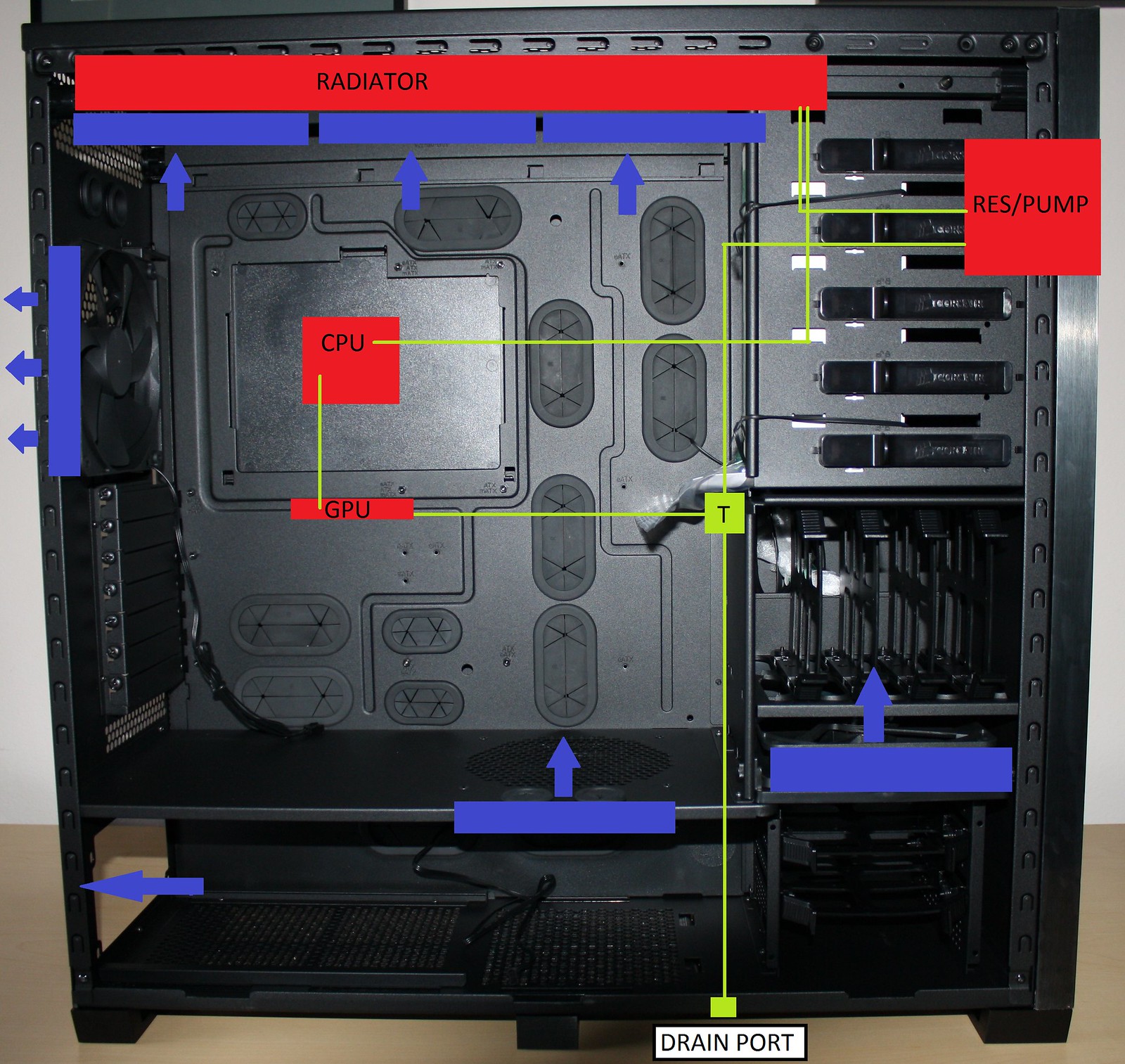 Starting from the pump we go out to the T, from the T to the GPU, from the GPU to the CPU, from the CPU to the radiator, and from the radiator back to the res. There would be a drain port drilled down through both bottom plates of the case making it the lowest part of the loop and below both the res and radiator. The res has two fill ports on top of it I can open to allow for air intake while draining. The fans all blow up and out the rear of the case, which is not wall facing.

If I do this right you may not even see the T behind the case side panel.

Coolant recommendations since ethylene glycol is out?
OP
S

Is the reason you're going hard tubing just to prevent plasticizers? Primochill Advanced LRT or EK tubing will work just as well, be easier to work with and be much cheaper. Otherwise looks good.
OP
S

Blaylock said:
Is the reason you're going hard tubing just to prevent plasticizers? Primochill Advanced LRT or EK tubing will work just as well, be easier to work with and be much cheaper. Otherwise looks good.
Click to expand...

I'm wanting it to look cleaner in there, and I'm kinda looking for a new challenge.

Gotcha
You must log in or register to reply here.