I think the price is more than fair enough considering it’s the single most powerful GPU on the market right now. If you’re thinking about picking up a new video card but are short on funds, I would wait a few months until ATI/AMD drops the price on this card. I would expect to see a price drop sometime in December or January.

Coming from an nVidia background, I really didn’t know what to expect from this video card. That being said, I am glad with my purchase! I have been out of the “red” ATI community for quite some time now and was quoted as saying “green 4-life”, that is until I saw what this card is capable of. I have to be honest and say that the nail in coffin for me was the EyeFinity Technology. I have been waiting for some time now for this to be released on a single video card without having to buy a Matrox Triple Head card.

A Look at the Video Card: 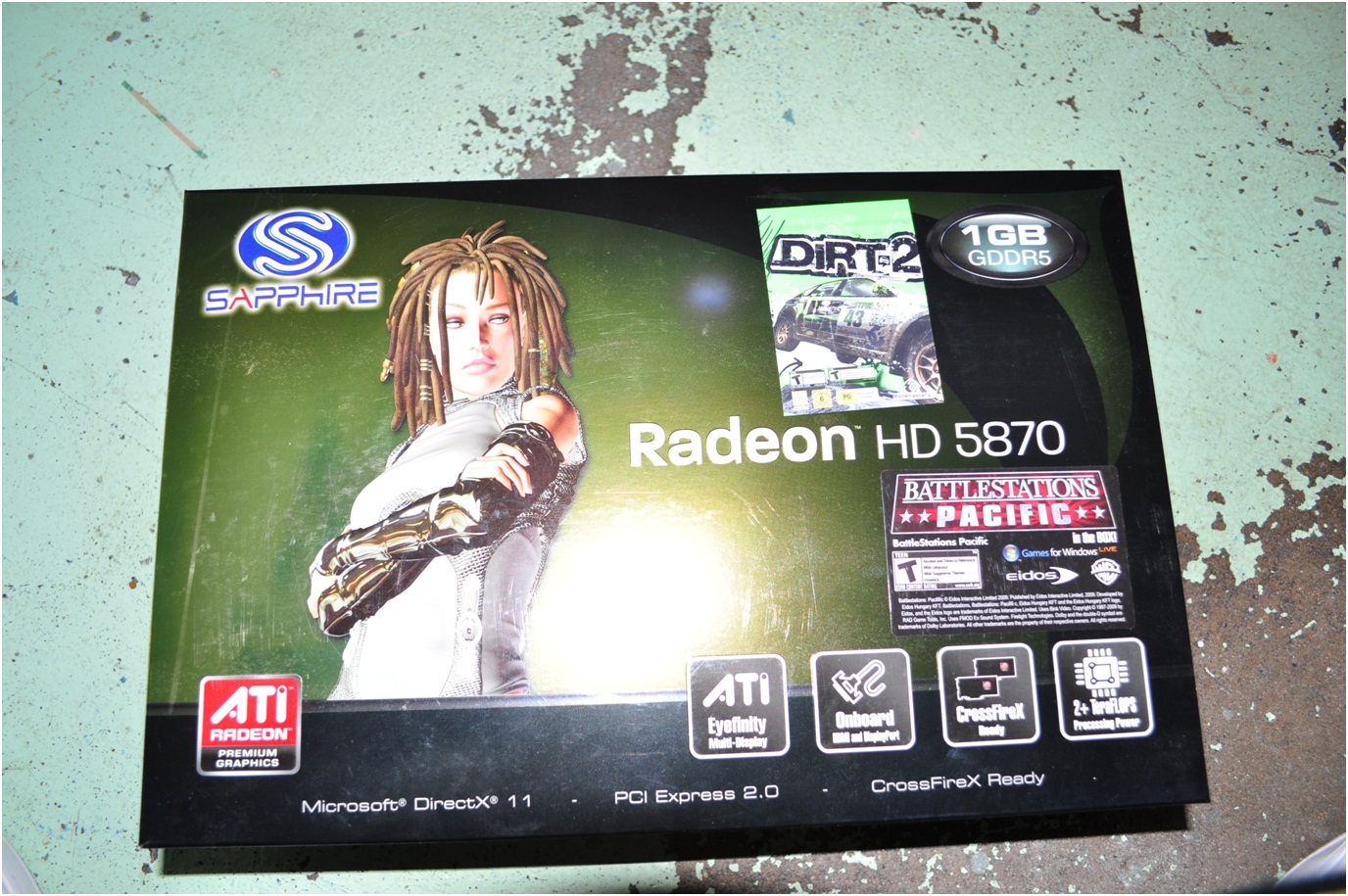 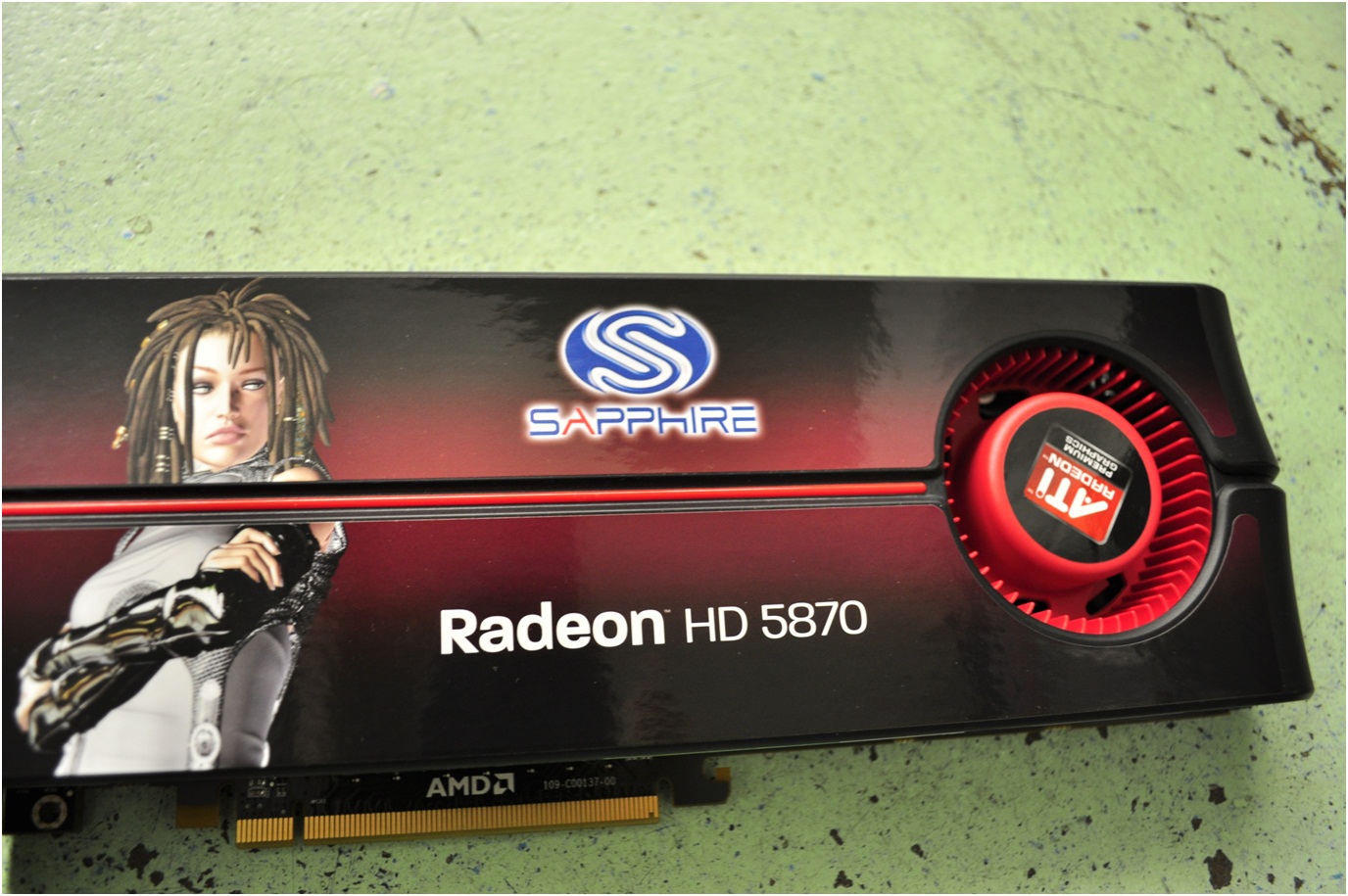 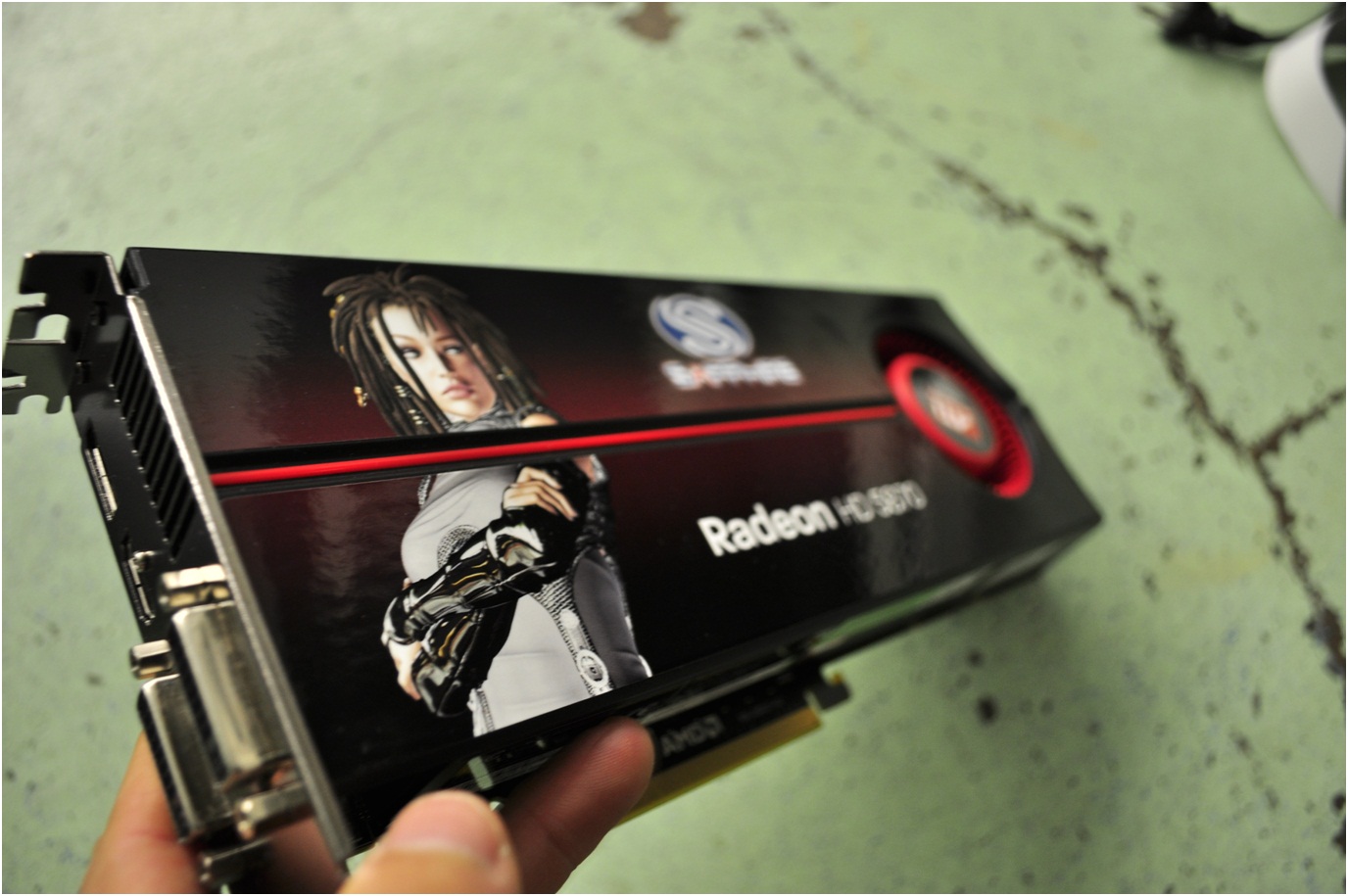 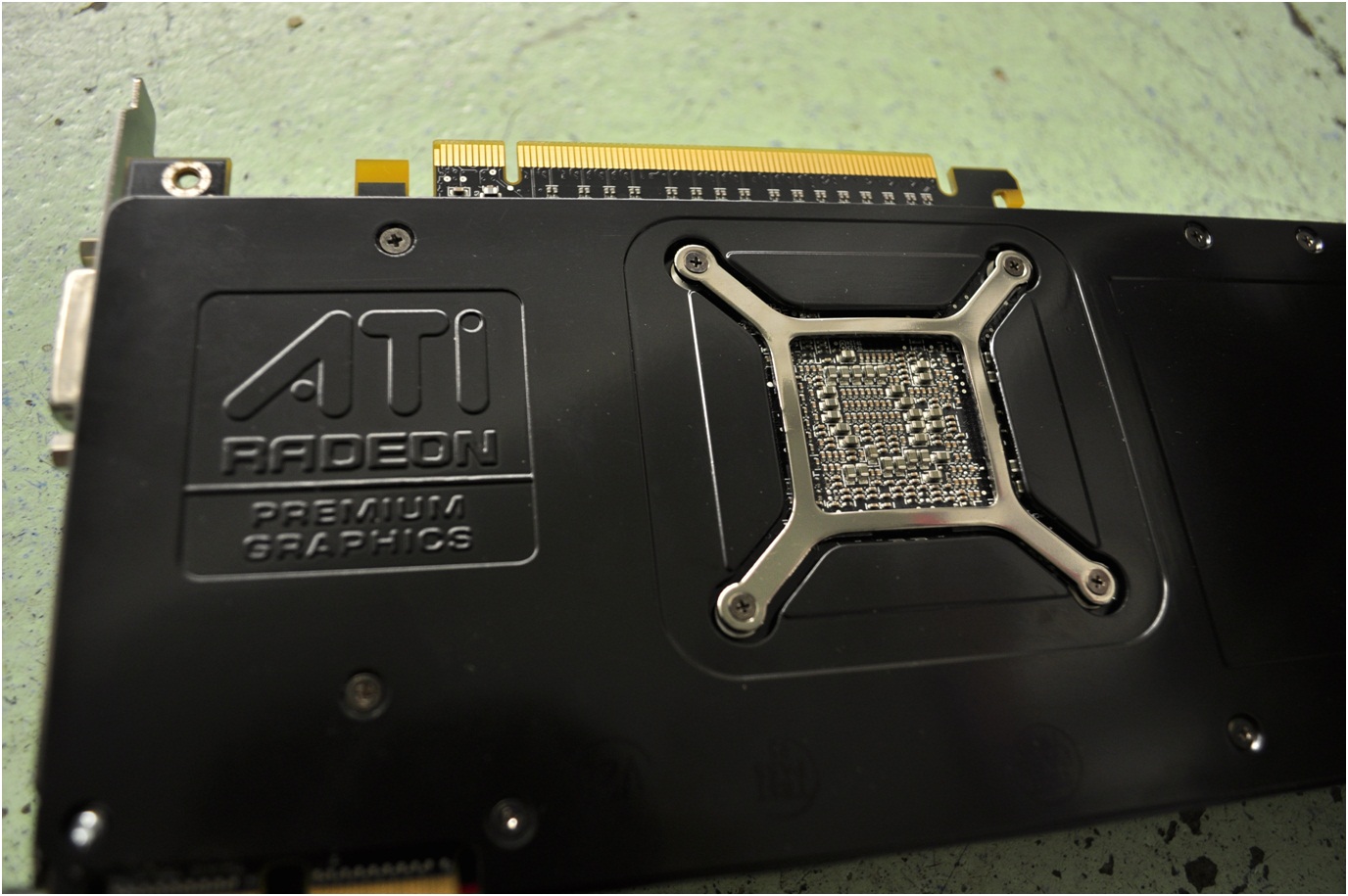 Size Comparison Shot next to GTX 26: 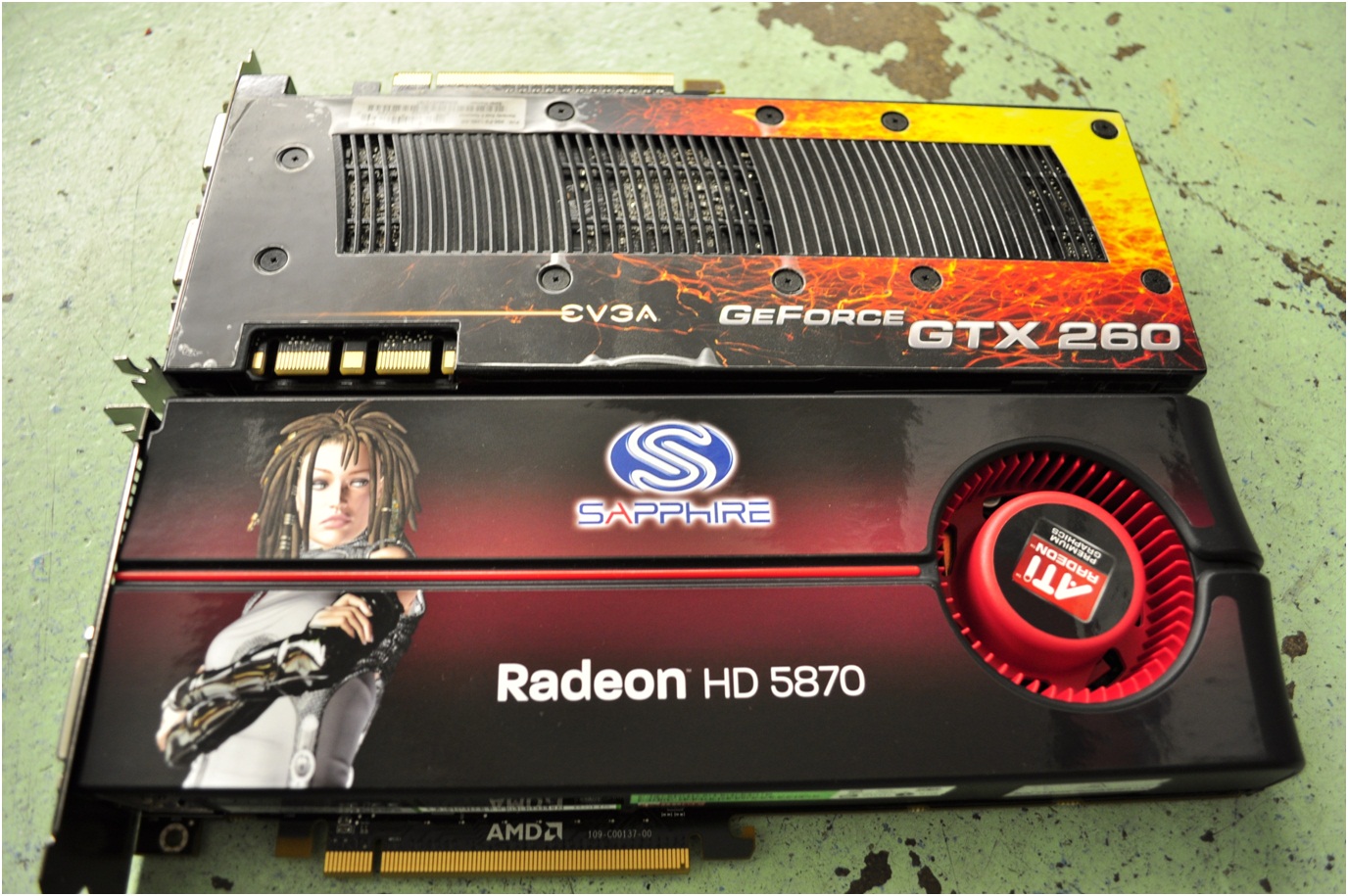 Make no mistake; the video card is fairly huge, roughly 11 inches long. You might want to measure out your case and make sure you have enough room to fit the card, as well as making sure there is sufficient airflow to cool it. That being said, the video card at about 35% fan speed leaves the card idling @ 44-46°C. If you’re looking for an example of loudness, (2) GTX 260’s come nowhere near to the amount of noise the 5870 makes at 100% fan speed. The 5870 sounds like an F-22 on takeoff when it is at 100% fan speed. Some of you may ask “Why would I even have it at 100%?” The answer is simple – you really shouldn’t unless you are gaming or running benchmarks.

Also a question I had before I bought my 5870 was, can you use 4 displays on the card as long as you toggle off one of the active displays?

I took videos of: 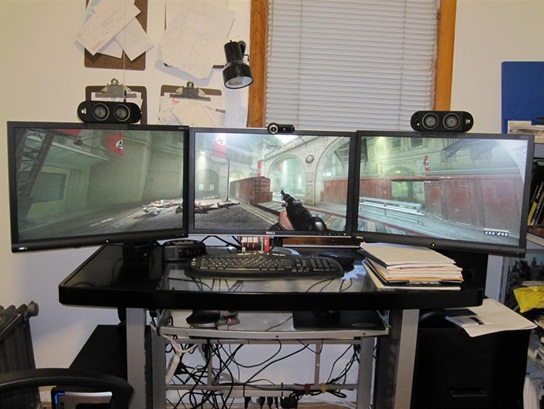 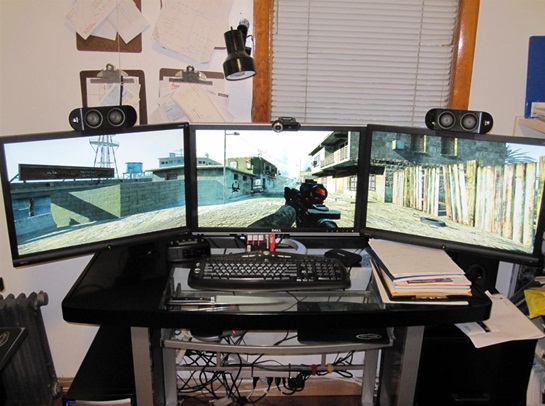 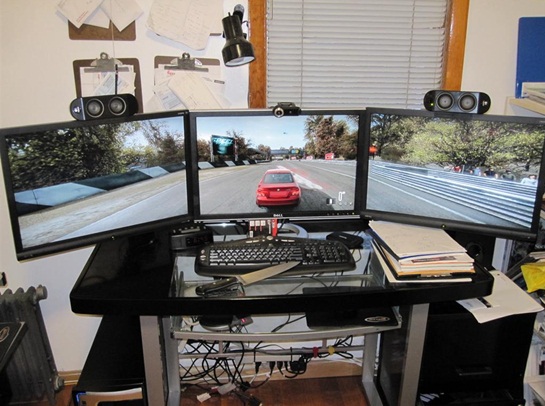 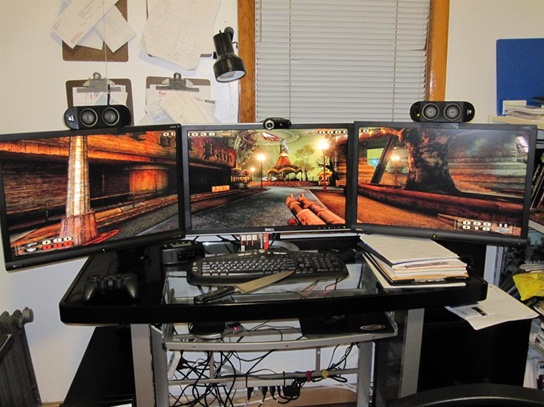 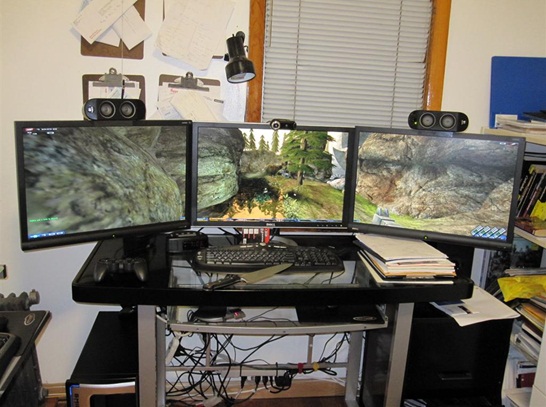 You can view the original thread HERE.

There are so many "copycat" products and poorly engineered products on the market these days, it’s really refreshing when you come across a product that stands out both in engineering and uniqueness. The TennMax "Stealth V3 Fighter" Cooler for Voodoo

SUMMARY: Leadtek’s little brother, the GeForce 2MX, compared to the GeForce GTS2 turns out to be not so little – up to a point. This is Leadtek’s GTS2 “lite” version. Turns out this card is not as “lite” as you