With new video cards on the cusp of release, we’ve again updated our testing suite to new games and benchmarks in an effort to bring you performance metrics from a wide variety of titles.

This article will serve as a reference for those who would like to compare results with our reviews, whether you are writing an article for the site or just testing the performance of your new GPU. The plan is to update the article as changes in our testing procedures occur. On to the gritty details…

Our test systems consist of mainstream parts since that is what the majority of people will be using. This allows our results to be relevant to a wider audience, and also allows for that audience to repeat our tests to compare with their own systems. The required parts and clocks are as follows: 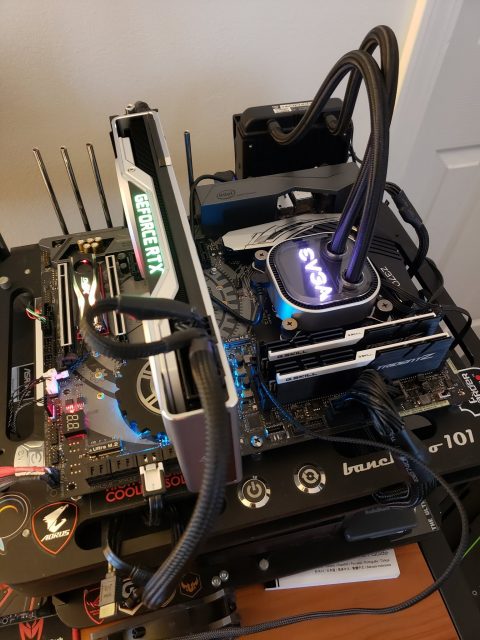 Synthetic benchmarks are very consistent and easily repeatable, making them some of the best tests for direct card-to-card comparisons. We have dropped support for Unigine Heaven and Valley and will continue with 3Dmark Fire Strike Extreme and Time Spy along with Port Royal where applicable.

For 2020, we’ve added the Unigine Superposition benchmark to our stable of tests. This synthetic test is run at 1080p using the 1080p High setting.

We have updated our gaming suite to get rid of some of the older titles. Now all of the benchmarks are “canned” tests, making them as consistent as possible and more synthetic-like than typical gameplay. In general, we do our testing with the commonplace resolution of 1920 x 1080, all of the graphics settings maxed, and any manufacturer-specific features disabled.

AC:O should be set up as follows. Vsync should be set to off with Graphics Quality set to the Ultra High default. Run the integrated benchmark. 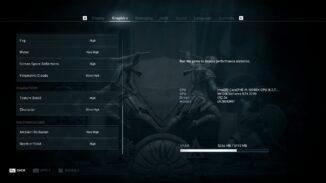 Run the game with the DX12 option and set up the video configuration as follows using “Very High” defaults with TAA, AF X16, run the Australia track with default settings – do not show the FPS counter. The video configuration should look like the screenshots below, then run the built-in benchmark located in the options. 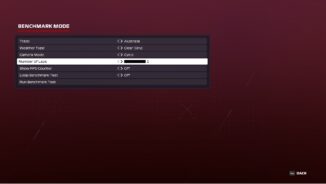 Run DX12 with “Highest” preset, For RT testing, we use the “High”. The video configuration should look like the screenshots below, then run the built-in benchmark located in the options. 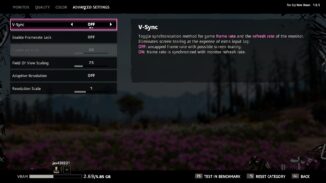 Run DX12 with “Ultra” preset, V-Sync changed to off – the rest default. The video configuration should look like the screenshots below, then run the built-in benchmark located in the options for all three tested resolutions.

The Metro: Exodus benchmark, like SOTR, has its own display for settings. We run DX12 and the default Ultra settings. Ray Tracing and DLSS are off by default for basic tests. During RT and DLSS testing, RT is set to “High” and DLSS enabled/disabled per the test. 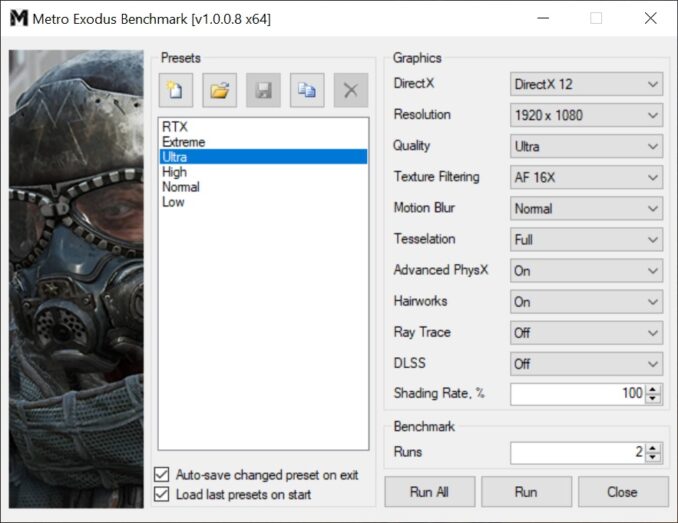 Please leave any comments or suggestions in the comments below.

This article will serve as a reference for those who would like to compare results with our reviews, whether you are writing an article for the site or just testing the performance of your new GPU. The plan is to update the article as changes in our testing procedures occur. On to the gritty details...