The following articles caught my eye during the week – if you missed these might be worth a look, including the most embarASSing photo I have seen from space:

Aussie caught on the dunny by Google Earth 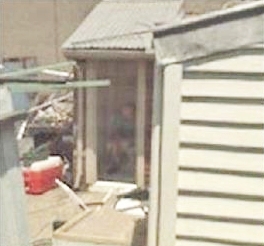 Which cars draw the most tickets?

“Drivers of Hummer SUVs were 4.63 times more likely to get a traffic ticket than the average driver, concludes a yearlong study by a company that helps insurers identify risks.”

How much what you drive exposes you to John Law.

“The economy has headed south, and everyone could use some help with their finances. Don’t despair, though, because we’ve collected 12 of the best downloads for weathering the downturn.”

A very nice collection of utilities, a number of which are free.

“[Y]ou can actually purge your system of malicious software for free! Just follow our comprehensive guide.”

Some of these you may already have, but a nice round-up of some very nice freeware to keep the PC humming along.

As do many other overclockers, I spend more time than I like to think about browsing hardware sites. So I have real affection for a site that makes it easy. One that loads fast and, most importantly, doesn’t make me

AMD – The Blanche DuBois of the chip industry?

Blanche DuBois uttered a great line in the play “A Streetcar Named Desire”:

‘I’ve always depended on the kindness of strangers’.

Every once in a while we come across a product that has some real problems. Could be that it doesn’t perform as advertised, is outright dangerous or misrepresented. What follows are products I feel meet this criteria: “Castlewood ORB Drive