SUMMARY: One for Mom – barely. 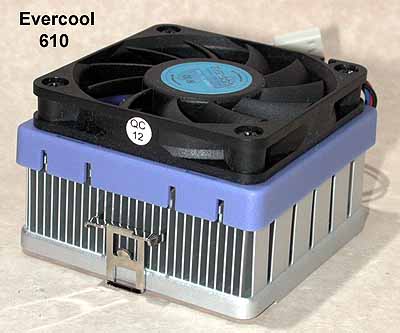 The good guys at Evercool sent over their Evercool CUC-610 to test out. This is a copper base/aluminum fin forged heatsink – no solder joints between the base and fins. 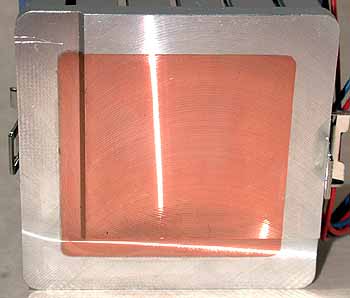 looks like an Alpha – nice copper insert, although there are discernible machining marks that could be polished out. The fins 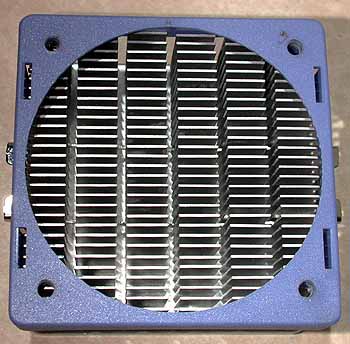 are thin (about 0.25mm) and plentiful. Airflow through the heatsink is good. The blue plastic cap holds the fan above the fins, reducing noise somewhat.

The clip requires a screwdriver to mount on the socket; once mounted, it’s secure.

In summary, a forged aluminum fin/copper base heatsink with a very secure, screwdriver-required clip.

The Evercool 610 was first tested on the CPU Die Simulator which gives results that are unaffected by motherboard influences. I then tested it on an Iwill KK266+, modified to read AMD’s on-die diode, as an example of what users might see on their systems.

What can I say? This is a very well made product that is not much better than less sophisticated designs. I can see using it in situations where height might be a problem and it is quiet. Could be a good one for Mom’s PC.

Let’s say you really want to overclock your CPU, and you want to cool it with air. You know that the Noctua NH-D14 is a very good heatsink, designed for quiet cooling; but you want more. Can you get better cooling from a D14? Let’s find out. Read More