I can't find this on newegg or Microcenter, am I looking at the wrong places there? 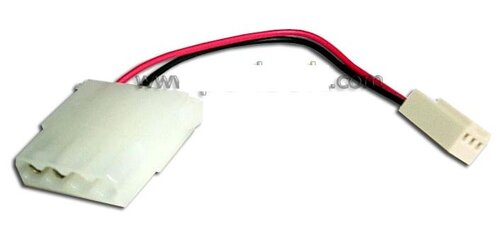 
Now I have one back 120mm Fan, and one top 200mm fan, both are Molex fans.
Is there a downside from waning to use that adapter to connect the remaining two fans which are molex fans to this 2016 motherboard?
Why am I having a hard time finding that adapter?

What case do you have and can you show some pics of the fans?

You are looking for a molex to 4 pin PWM connector.

However, you will not get PWM control. You should just use a 3 pin like you pictured...assuming that fan header on your board does voltage control as well.

Back fan and top fan: 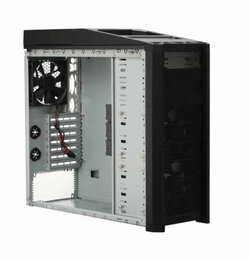 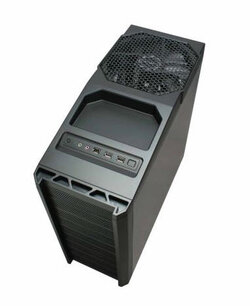 Both are molex.
Now, I have a modular PSU. So I didn't want to run a molex connector up to the two fans when I had one free SATA power connector.
And I had a SATA power to Molex adaptor. So they are running off of that now.

But Asus Skylake Z170-A has four CHA fan four pin connectors on it.
Since I need that SATA to Molex adaptor for something else, I have a choice of three: 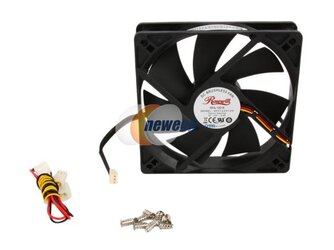 Then just remove the molex spliter and get a: 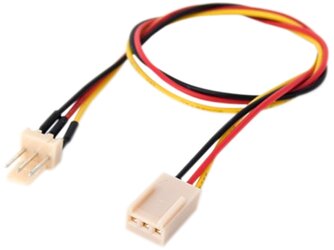 Also, I meant for you to take some pics with a camera, not copy and paste from online store.
OP

I apologize for thinking the word molex was enough. The online store picture had the molex connector hanging which is why I chose it. One of the wires actually broke so I had to fix it and did not want to disconnect it and risk breaking it again but now I completely understand that word molex is not enough and that a picture is needed and I disconnected it and took a picture and so this is the picture of the exact molex connector and the picture of the fan itself too:

Ok, I see now what your talking about, if this was my case and fans, I would take that fan out and buy a new fan with the right connector on it to plug in to the MB. You can also get the adapter Earthdog linked and use the fans you have there. But those fans only have 2 wires, so no way for the MB to read the RPM of the fans.
You must log in or register to reply here.

How to Set Up H100i RGB in Push/Pull Configuration?