Some thoughts on “old” laptops – Joe

SUMMARY: Less can do even if you’d like more.

OK – I admit it – I’m a sucker for engineering elegance. One of my favorite cameras is the Minox – the “James Bond” model; incredibly compact and yet a precision instrument.

As luck would have it, I needed a small laptop for traveling and my pal Brett had one, the Sharp PC-A280. What I did not want to do was spend a small fortune on it, so I was thinking of a used one well under $500. Brett’s PC filled the bill: 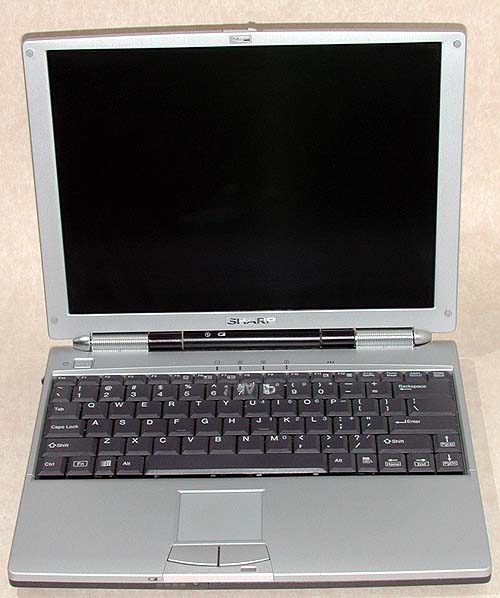 This weighs all of 3 pounds, is a scant one inch thick and powered by a PII 366. Now some might say that it lacks “oomph”, but with 128 MB RAM, I found that W98SE works great – very stable. I also tried W2000 and XP Pro, but did not find any advantage in the newer OS’s over W98SE.

In fact, I found the latter OS’s more finicky with a Netgear wifi card – whereas in W98SE the connection was always up, with the other two it continually dropped and found the link – very annoying.

I loaded programs I use, including Photoshop, Bulletproof, Homesite and Microsoft Office XP, and was off and running. I used this kit in Europe for over a month, using a dial-up line (40K) to stay in touch and write some articles in the process.

The upshot of this experience is to suggest to our readers that the “latest and greatest” is always nice to have – if you can afford it. If not, you’d be surprised how viable laptops are that sold for $2,000+ a few years ago that can be had for under $500 today.

But enough of that – what I really want to share with you is what’s inside. I could not resist opening it up to mess around with it and see what makes this thing tick.

First off with the screen and keyboard: 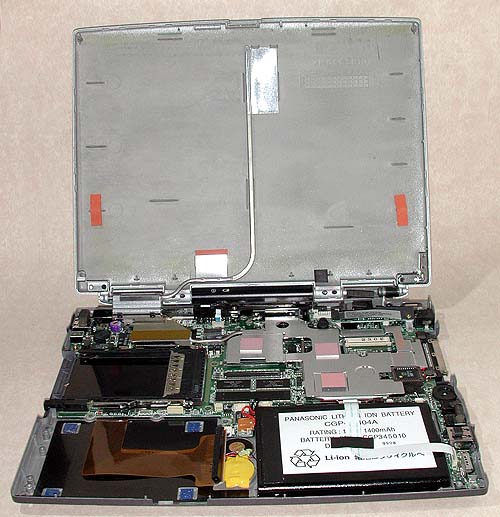 The screen is interesting in that it’s in two pieces – one is the glass part that is the LCD matrix, and the other is the backlight that illuminates the glass so that you can see the pixels. 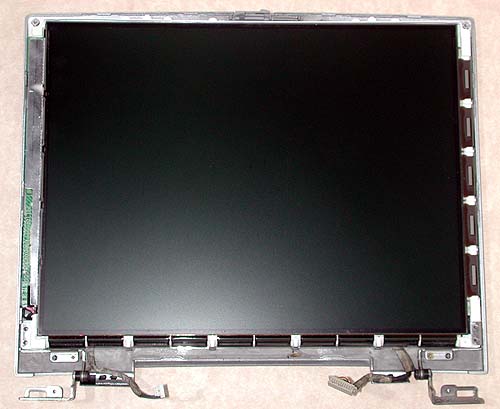 The bottom tray holds all the goodies: 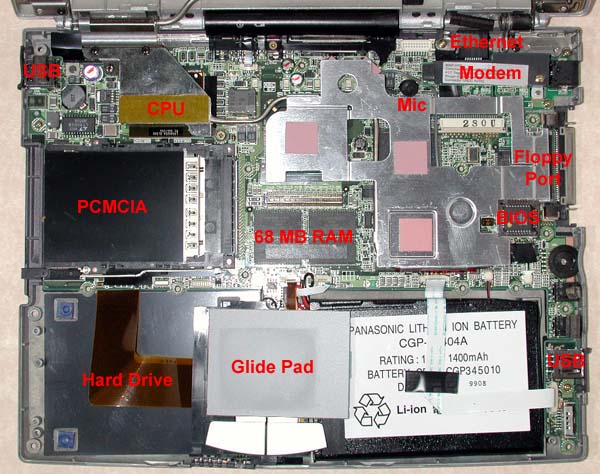 The base measures just 8″ x 10½”, and the motherboard measures about 4″ x 10″ for all the critical components.
{mospagebreak} 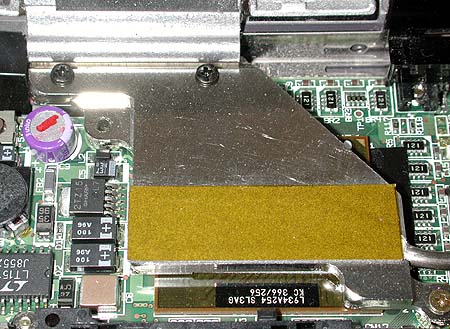 After removing it, I found a small plastic pad underneath with no thermal grease – seems to do the job OK. In extended use, the bottom get quite warm – the metal case serves as a heatsink as well.

Taking the heatsink off shows all: 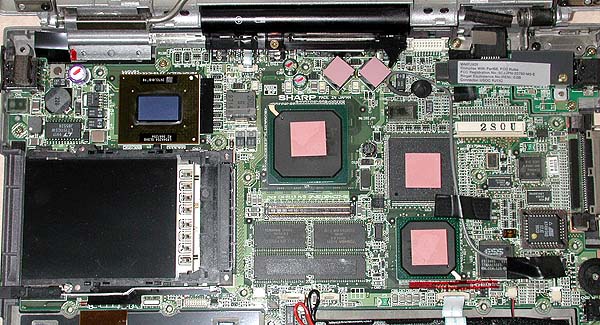 One thing I was curious about was how the CPU was mounted – I figured it would be soldered to the board, and it is: 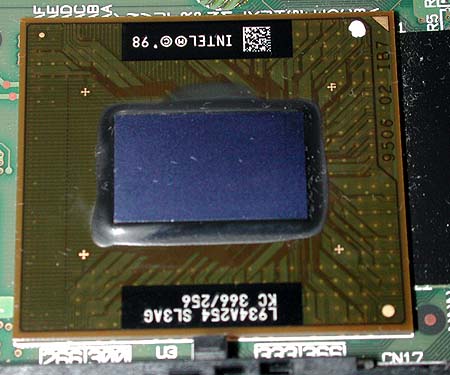 I had some ideas about possibly upgrading, but it looks like a non-starter. One thing about laptops – it’s not all that easy to “tune” them – I’d love to hear from readers whose laptops have flexibility to alter RAM timings, for example. I’ll stand corrected, but it’s pretty much “WYSIWYG”.

The modem is a marvel: 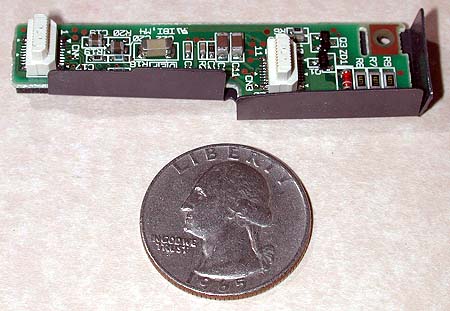 I can remember when these things took up a whole ISA slot.

Removing the glide-pad reveals the speaker and CMOS battery: 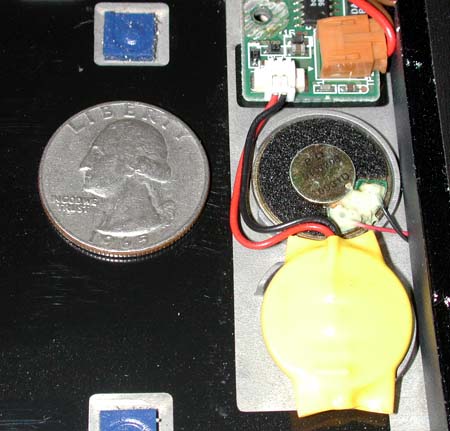 Don’t expect too much from this speaker! 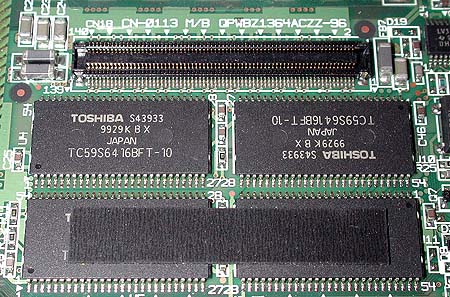 The slot above the four RAM chips is for additional RAM – the board maxes out at 128 MB. Note that the RAM is proprietary – not a good move unless there is third party expansion RAM available (there is). Thankfully today at least RAM is usually standard SODIMM modules.

For casual road use to check emails, do some writing and picture editing, I found that this five year old laptop delivers enough power to meet my needs. If you have “laptop sticker shock”, do some homework and cruise around Ebay or check some of the major brands for refurbs – you might be surprised at what’s available for what I think are reasonable price/performance values.

Besides – a three pound laptop has it all over a 7 pounder when it’s on your shoulder.

Another Mistake In The Making

An update to this article reveals that the initial “Paris,” which is the stripped-down x86-64-less version of Hammer, will have an initial official retail price of $124. Frankly, I’m underwhelmed by it. It reminds me too much of the video Read More

What Will We See Wednesday?

We wrote an article yesterday in which we said that if an XBit Labs article were correct, that it wouldn’t be a good idea to buy 2400+ and 2600+ immediately but rather wait until the October date purported to be Read More