LIAN LI pushes the limits of the LANCOOL II MESH front panel and left side panel with a mesh density that offers the least amount of resistance for maximum airflow while limiting dust infiltration. In addition, the honeycomb pattern perforations located at the top and rear of the case provide for a boost in ventilation.

To complement the added benefits of the mesh, internal modifications have been implemented at the top of the PSU shroud with two new modular openings. Users can either leave the two openings uncovered for an unobstructed airflow between the top and the bottom chamber, mount them with fans to increase the ventilation efficiency, or use the included perforated mounting plates to install 2 SSDs without suffocating the PSU chamber.

To RGB or not to RGB

PC DIY enthusiasts have the option to choose between the PERFORMANCE and RGB configurations. For the LANCOOL II MESH PERFORMANCE, only available in black, the case is equipped with two 140mm PWM fans in the front and an additional 120mm PWM fan at the rear, as well as a PWM fan hub which can host up to 6 fans. For the LANCOOL II MESH RGB, available in black or white, the case ships with three front-mounted 120mm ARGB fans. The PERFORMANCE version of the LANCOOL II MESH exclusively features a fan speed adjustment switch. Through presets of L (low), M (medium), H (high) and A (auto), temperature and power-conscious users can instantly switch between 45%, 75% and 100% of the fan’s full speed, or let the motherboard thermal management solution take the reins. For the RGB version, the lighting effects of the 3 included ARGB fans can be fully managed by the I/O’s C button to switch between the 7 color options, and the M button to toggle through the 8 lighting modes available. 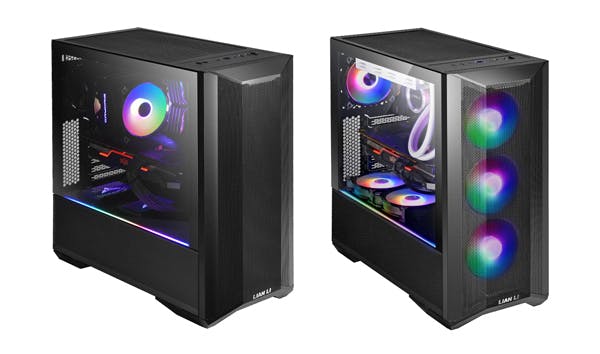 Inspired by the LANCOOL II, the LANCOOL II MESH is still packed with proven features that make the building experience pleasant and smooth. This includes flip panels all around for easy access to every part of the chassis, modular cable cover plates for easy cable management, an adjustable drive bay and front radiator mounting bracket for optimal flexibility, as well as a cable management bar which can be flipped to accommodate larger motherboards. 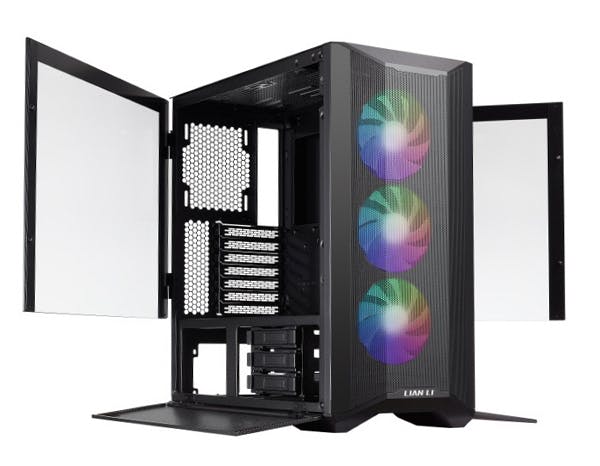 The LANCOOL II MESH is available for pre-order starting July 10th, 2020, at an MSRP of $89.99 USD for the PERFORMANCE black and RGB black version, and $94.99 USD for the RGB white. For those of you who pre-order the LANCOOL II MESH with Newegg, Overcklockers.UK or Caseking.de, a free USB 3.1 Type-C accessory cable will be included. Quantities are limited so don’t waste a minute. For more information visit the official product page: http://www.lian-li.com/lancool-ii-mesh/

The new LANCOOL II MESH is now available at NEWEGG:

The new LANCOOL II MESH is now available at Caseking:

LIAN LI Industrial Co. Ltd is one of the world’s leading consumer brands for PC chassis. With over 20 years of experience in designing and manufacturing PC chassis under its own name and community projects, the company has produced some of the most iconic designs to date. LIAN LI’s award-winning products are sold worldwide to PC enthusiasts, builders, and gamers. To learn more about LIAN LI, please visit http://www.lian-li.com/. You can also visit LIAN LI on Facebook, Instagram, and YouTube.

The Dragon Rider case series looks to be one of their premier enthusiast case offerings designed for building full sized systems. Today we’ll see if In Win has delivered a case for the enthusiast to use as a basis for their newest build.

Though better known for their SFF enclosures, Silverstone has expanded to cover standard cases, power supplies and much more. Come along as we take you through what Silverstone had on display this year at CES.

Cooler Master is well known in the PC community. Whether you are a budget builder, avid gamer, or an elite overclocker you have undoubtedly purchased some of their products. That’s because Cooler Master has had their hands in nearly every aspect of computer hardware for more than 25 years. For this review they have provided us with the improved mesh variant of the Mastercase H500P, an enthusiast level, mid-tower case with style and tidiness in mind. I will turn the proverbial screws to find out where they have hit their mark and where they have missed.