NOTE 9/14: I updated this article since many readers have been asking me to test other antivirus programs, so here are 12 new AVs tested as people requested:

I get asked all the time about viruses from my students and clients, so over three years ago I started doing an IT security workshop with all my classes. One part of it is testing and trying out various antivirus programs. I personally ran all the tests myself and then the students so we could make sure the results are consistent.

Although none of the Antivirus was perfect, some did stand out from the pack for their scanning ability, performance and ease of use:

The amazing thing is that Kaspersky Online Scan is my new champion – it found more than any other, including any of the desktop antivirus programs! This is just weird – I ran it on two of my computers and I got the same results. Weird! However, the bad thing is that it only scans; it doesn’t allow you to remove the viruses it found.

The best free online scan, in my opinion, is the Trend Micro PC-cillin Online Scan. It found a lot of viruses, was leaps and bounds faster to install and scan than almost all the others online scanners, allows you to remove the infected files after and it also allows you to scan only what you want, be it a file, folder, hard drive or whatever.

The others took an eternity to scan, didn’t allow removal, didn’t give choice of what to scan or just plain crashed. In their defence, I think it’s possibly because my virus file, once unzipped, is over 50 MB with over 10,000 files in it, so it’s pretty big for a browser activeX scan.

Kaspersky is, in my opinion, the best antivirus of them all. It’s been doing great in my tests for years, it isn’t a resource hog like Norton and it has a knack for finding things no other one does. This is the one that’s running on my computers.

PC-cillin has also been doing great in my tests for years. Although I find Kaspersky slightly better in terms of scanning, PC-cillin has one of the best suites available on the market – for $50, you get the antivirus, spyware scanner, firewall, antispam etc. 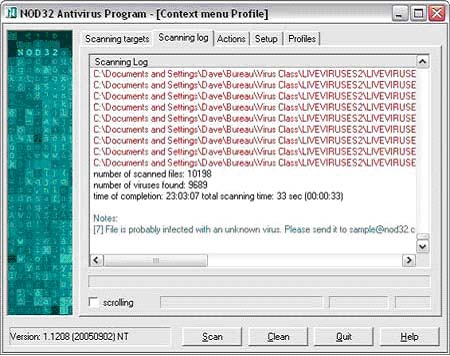 Over 23 minutes for Grisoft AVG, now talk about slow! 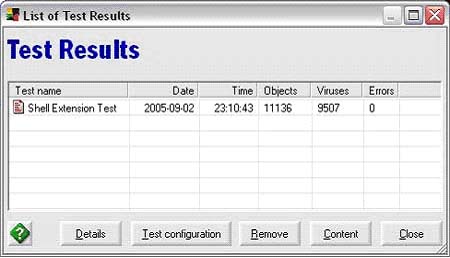 And the winner with 10312 infected objects found: 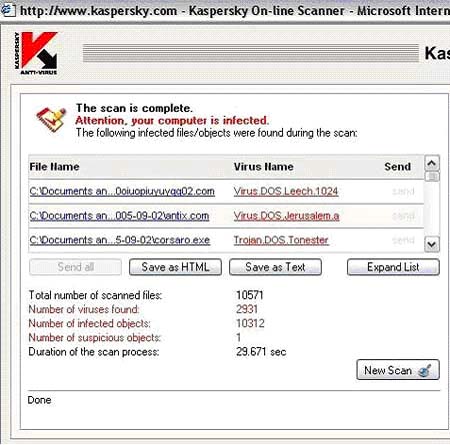 The following programs have been sent in by users – Use them at your own risk! Please run an anti-virus on them; you can never be too careful. Quick Conversion Utility from Jennifer Robertson: “This program converts temperature (Celsius to

Sapphire has launched a new version of their mid-range video card, the HD 6870 Dirt 3 Edition, and they were kind enough to send one for us to review.