With the official release of the B450 chipset still a couple weeks away, we won’t have any performance numbers for you today but GIGABYTE has sent out information on their B450 motherboard line-up. It looks like we’ll see three ATX and three SFF (small form factor) one of which is mini-ITX. Before we get into any specifics you will notice that GIGABYTE has changed their naming scheme to align with their graphics card naming. I wonder if this is AMD specific considering the recent events in the news around Nvidia and the “Gaming” name?

For clarification, I have included a diagram from GIGABYTE which outlines their new naming format and designations. 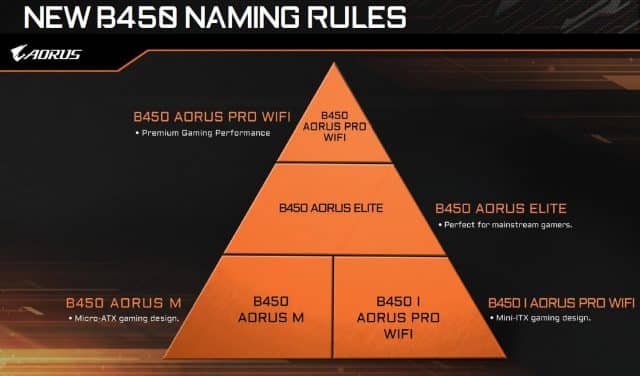 The B450 chipset has a lot of the same functionality as the X470 chipset such as the ability to overclock your unlocked Ryzen CPU. It also shares XFR2, Precision Boost Overdrive, and StoreMi technologies with the X470, where it comes up a bit short is in PCIe lanes. Being the more “budget conscious” chipset it comes with only one full speed PCIe slot so no SLI or CFX support and reduced SATA and USB functionality. Here’s a breakdown of AMD’s chipset specifications: 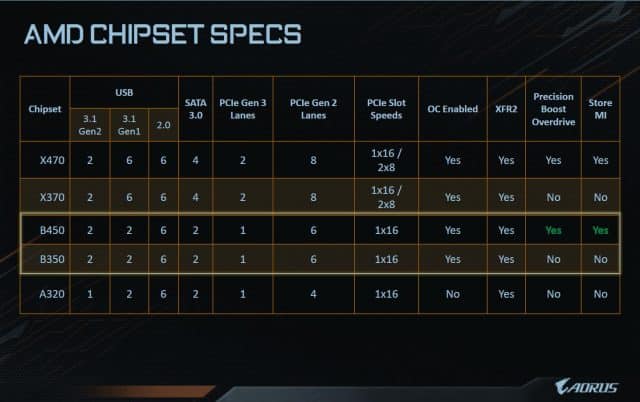 GIGABYTE’s top prospect the B450 AORUS PRO WIFI is chock full of goodies. It features their 8+3 Hybrid Digital PWM design with Lower RDS(on) MOSFETs to power your CPU as well as dual M.2 slots both with Thermal Guard to keep your drive cool. Another thing I have been noticing lately is manufacturers have been adding an integrated I/O shield for convenience and added durability. The AORUS PRO WIFI as the name implies also includes Intel Gigabit LAN and Dual-Band 802.11ac Wi-Fi for connectivity.

Here’s a breakdown of the new GIGABYTE B450 motherboards and their specifications: 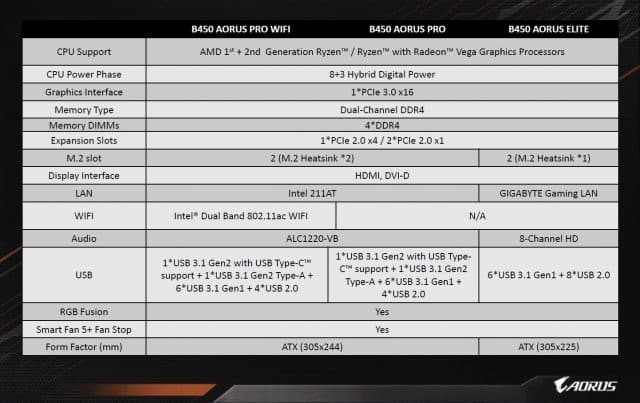 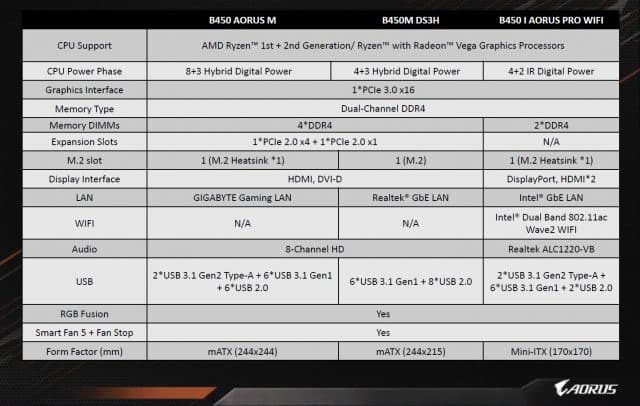 With new names and new B450 motherboards in all sizes, it looks like GIGABYTE has you covered. Whether you prefer a full-size ATX or the Mini-ITX there’s something here for everyone and their needs. Looking forward to seeing these on the shelves in the near future.

AMD has been bundling it up this year and today they’re announcing a new kind of bundle, one we think pretty much anyone can appreciate – their Never Settle Forever bundle.

Does the Lian Li PC-A04 prove that big things come in small packages? Let’s find out!

With the official release of the B450 chipset still a couple weeks away, we won't have any performance numbers for you today but GIGABYTE has sent out information on their B450 motherboard line-up. It looks like we'll see three ATX and three SFF (small form factor) one of which is mini-ITX.