Most enthusiasts out there have their thermal compound of choice – for most of us it is probably an Arctic Silver product. Well the guys at SUNBEAMTECH have come up with a new thermal compound which has been getting rave reviews all over the net. This compound is called TX-2 and it is what I’m reviewing today. 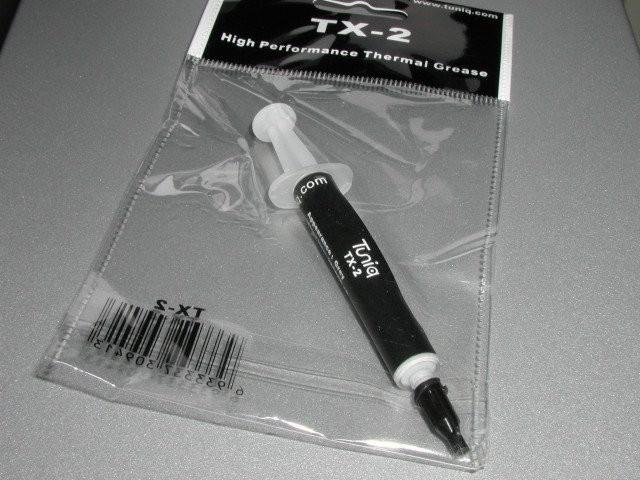 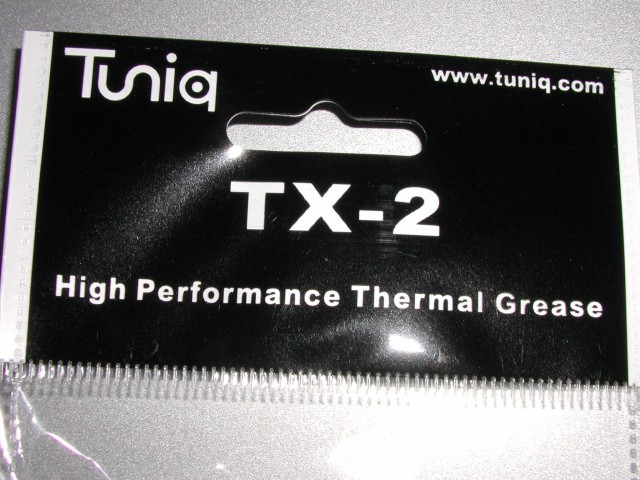 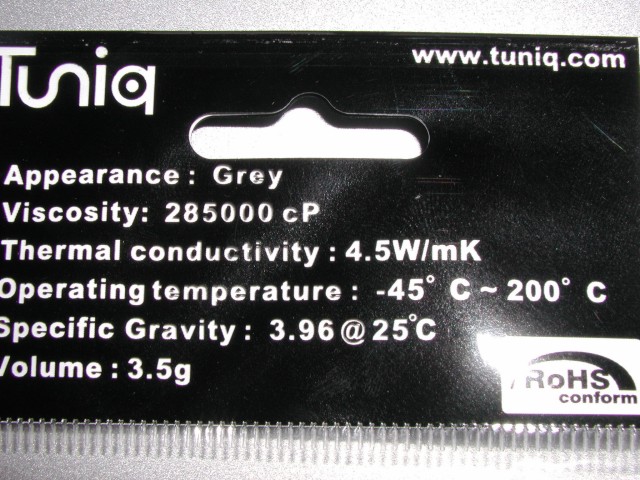 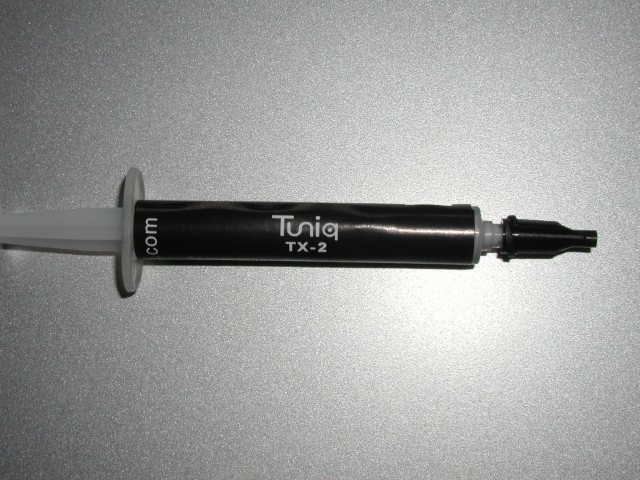 The TX-2 Thermal compound comes in pretty standard packaging. The compound is contained in the syringe, which is packaged inside a plastic sleeve. The package also gives us relevant information about the compound itself. Also note that the compound is not electrically conductive nor capacitive, as it contains zero metal.

Before installing the TIM in my test rig, I first had to remove the Arctic Silver Ceramique that was installed prior. 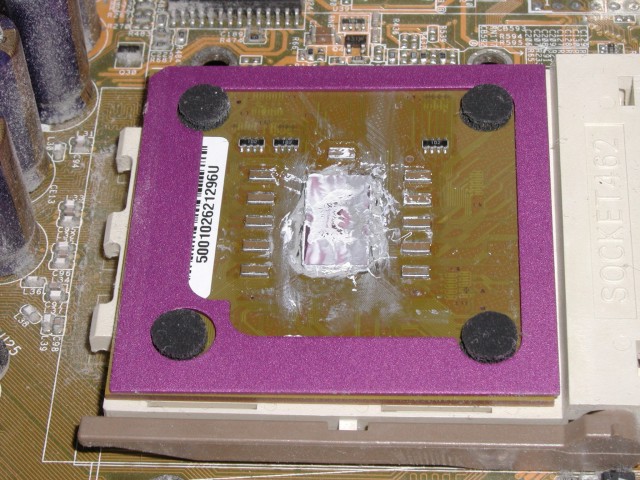 The CPU has a good covering of compound left… 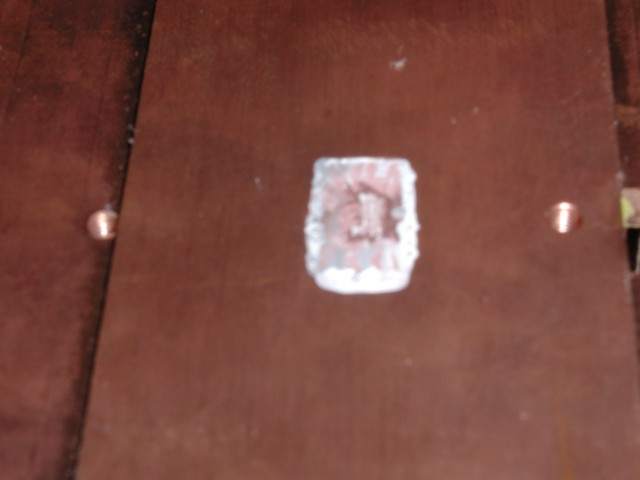 As does the heatsink. 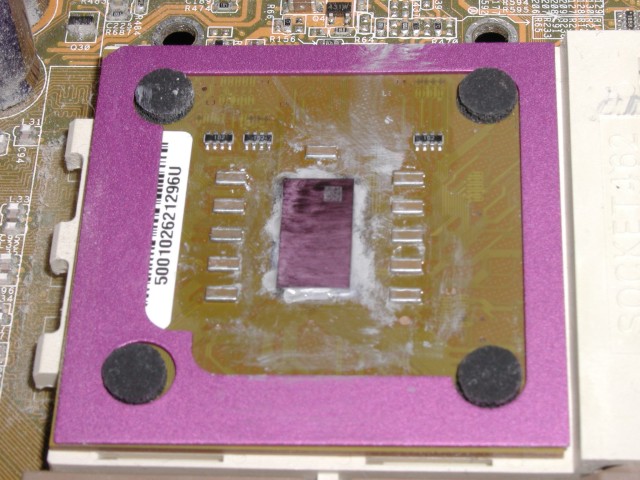 In order to clean away the TIM, I used Arctic Silver ArctiClean which works great. This is the CPU after stage one… 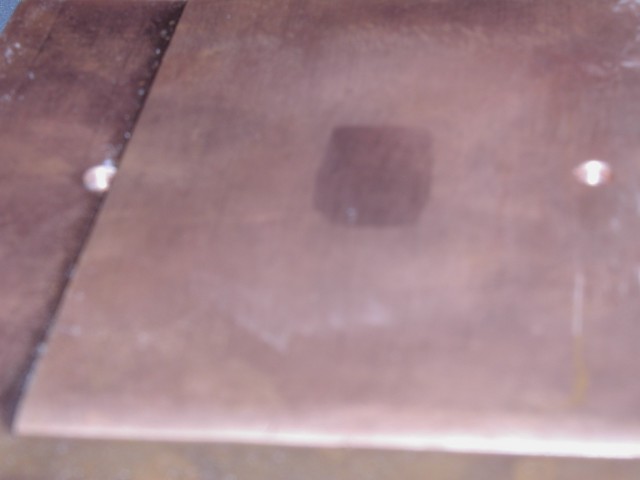 And the heatsink after stage one. 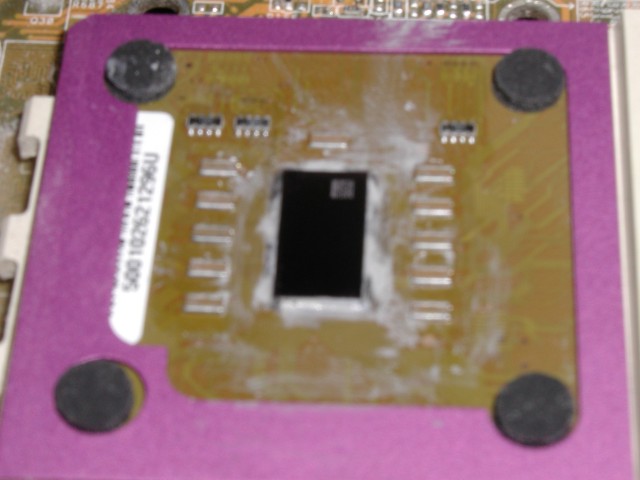 The CPU after stage two… 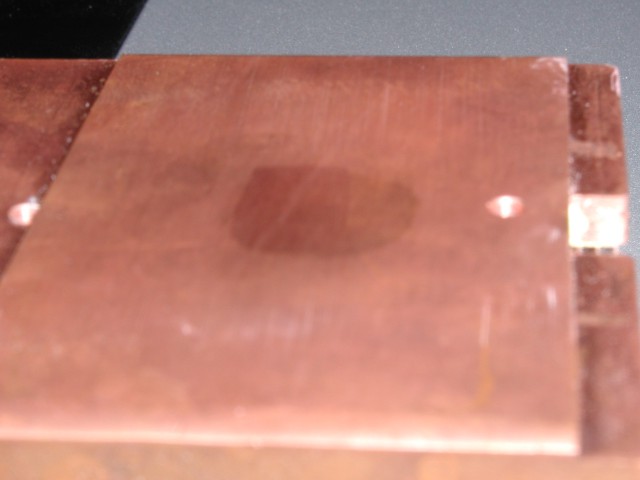 And the heatsink after stage two.
{mospagebreak} 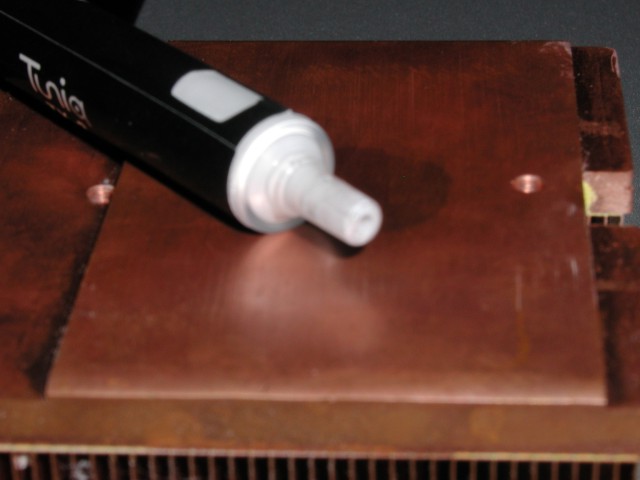 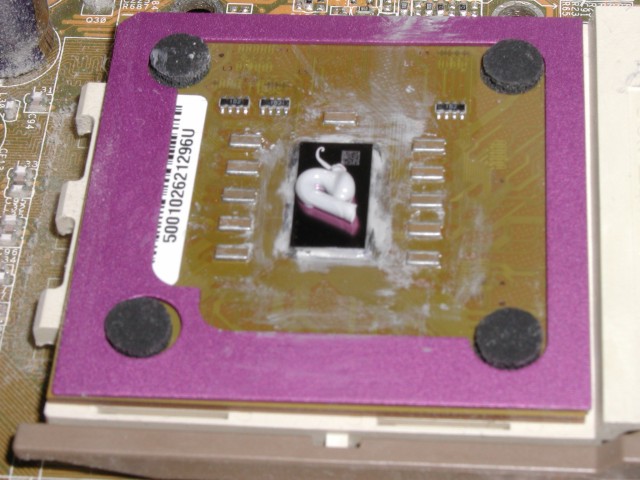 Put a small amount of compound on the CPU… 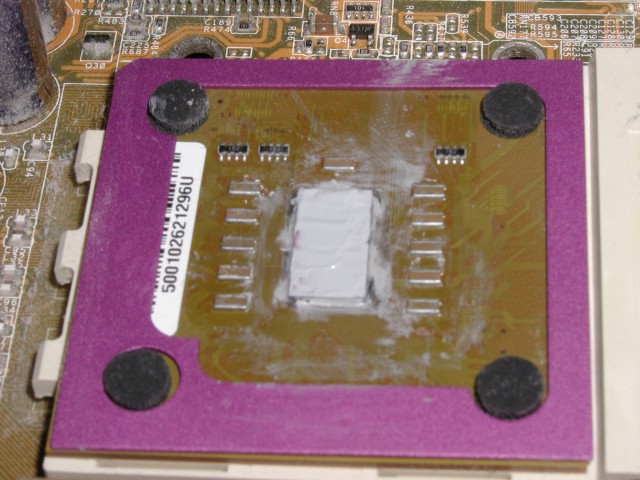 Then spread it around with your tool of choice (a credit card works nicely). 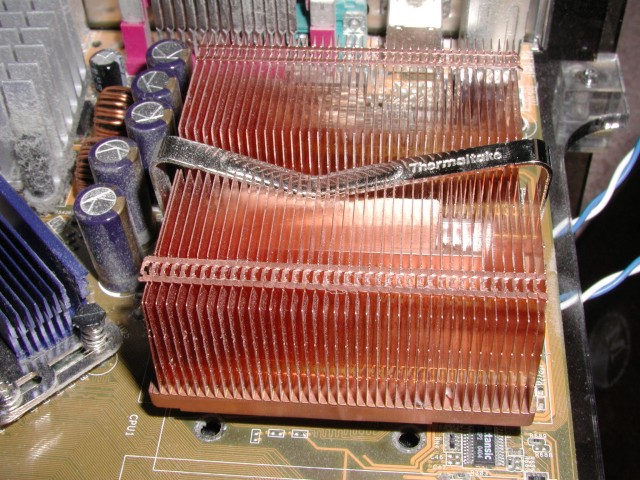 At this point I did a test install of the heatsink, then removed it to check that contact was good between CPU and heatsink. 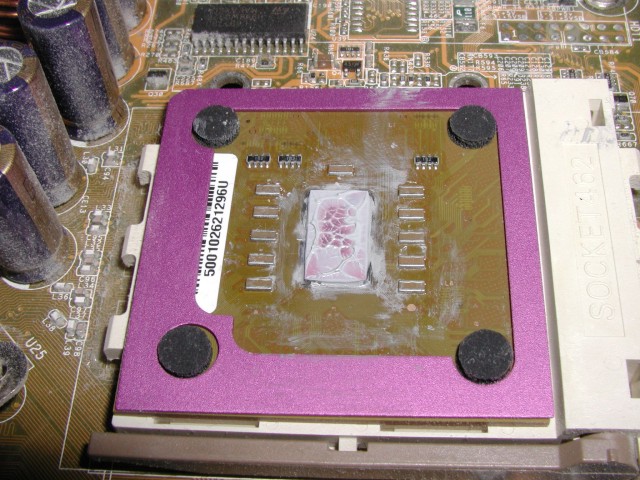 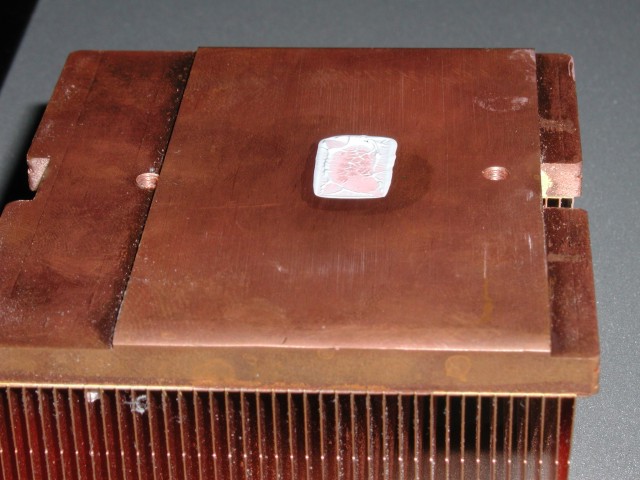 So does the heatsink.

The performance testing was done using a modified Thermaltake Volcano 11+ mounted to an Athlon XP 2500+ at stock clocks and voltages. Ambient temperature remained the same throughout testing. To load the system, ATI Tool was used (which provides a 100% CPU load on this system) and was run for approximately one hour. First up is the Arctic Silver Ceramique results:

A pretty good showing by the Ceramique, 37 degrees after one hour and ten minutes at full load. Now, what about the TX-2?

Wow, thats fantastic! 2 degrees less after one hour and thirty eight minutes at full load. Notice the 5 degree drop on the CPU diode. Also notice that every other component temperature has gone up by a few degrees. It’s pretty obvious that the TX-2 is doing what it’s supposed to do.

This Tuniq TX-2 thermal compound is great stuff. Not only does it outperform Arctic Silver Ceramique while maintaining a zero metal formulation, it is also a little cheaper per gram. Only those of you with phase change systems will want to use anything else. All in all this is great thermal paste and is worthy of every overclocker’s toolkit.

Can You Figure Out The Secret Code?

AMD has gone to a bizarre naming scheme for its Opteron processors. The good news is this isn’t going to be used for Athlon64 processors, at least not yet. The bad news is they might come up with something even Read More

Someone recently asked: Recently I’ve read some comments . . . that google is becoming more frightening than Microsoft in its attempts to conquer the world with its products step by step. First the search engine than then Gmail, Google Read More

Facts: Best Buy placed on its website an offer to pre-sell a nVidia Ti4600 for $129.99. nVidia has indicated the MSRP of such a card is $399. In its February 9 circular, Best Buy offered to take $10 deposits at Read More