The good guys at  xigmatek were nice enough to send a sample of their xigamtek Talisman Notebook Cooler to try out. This is made of aluminum with a bottom fan tray of plastic. 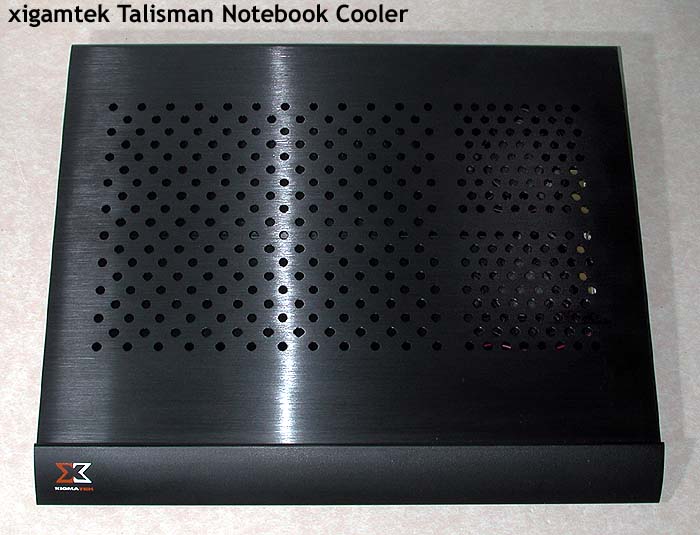 The side features two USB ports, one for power and one for USB devices:

The interesting feature of this cooler are the fans – rather than the traditional fans blowing onto the back of the laptop, this cooler pulls air off the back and exhausts it out the side:

Opening the fan tray shows the two fans which are blowers with airflow as indicated by the red arrows: 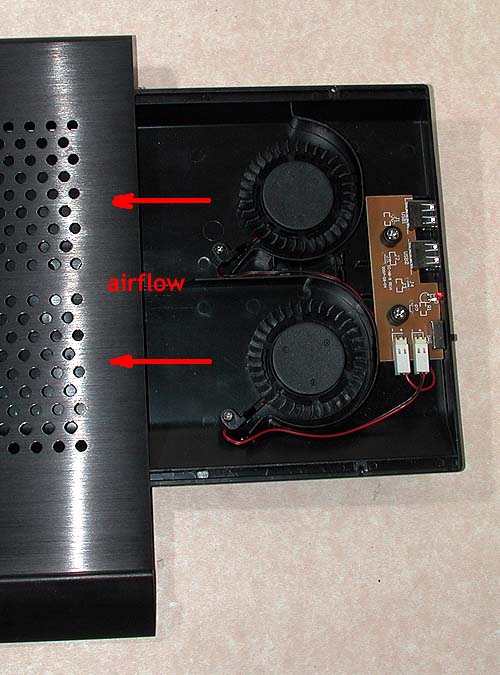 I confirmed that in fact airflow does come out the side using a flame. In use the fans are relatively quiet; airflow is not overwhelming, as might be expected with so little noise. The cooler is slightly inclined and there are no feet or pads to deploy.

Overall I’d have to say the cooling impact from the fans is limited, although the base is sturdy and can take some abuse.

Yet Another Means Of Preventing Condensation

Data on Coolants and Liquids Used in Computer Watercooling