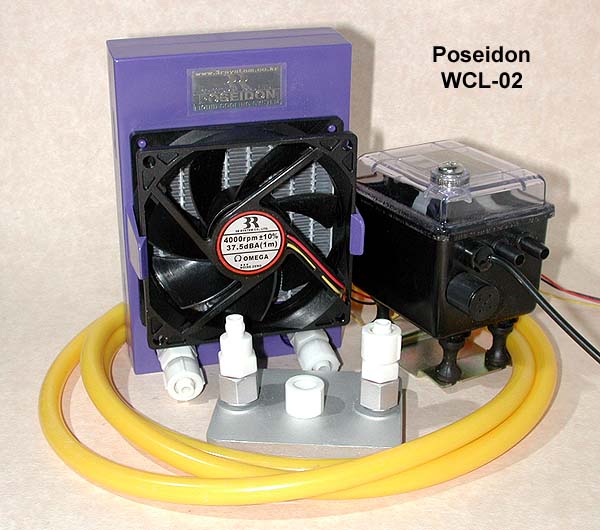 The good guys at 3R System Co. were nice enough to send samples of the Poseidon WCL-02 watercooling kit. There are two versions of this kit – the difference between them is the radiator: 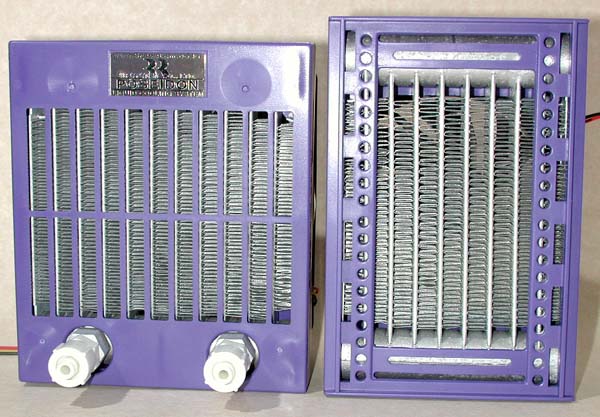 Which one is larger?? See below. 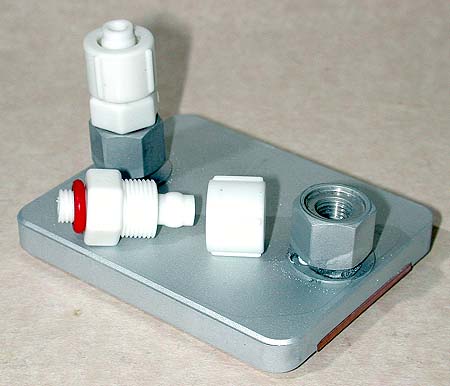 The waterblock’s base is not well finished: 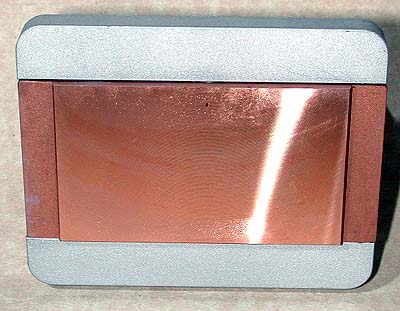 I could feel polishing ridges very distinctly with my fingernail. 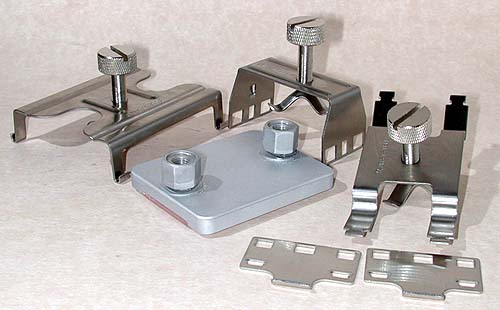 They distribute pressure over the CPU core, where it should be. I would not use a screwdriver to tighten – finger pressure is adequate to the task.

The radiator features a plenum on both sides 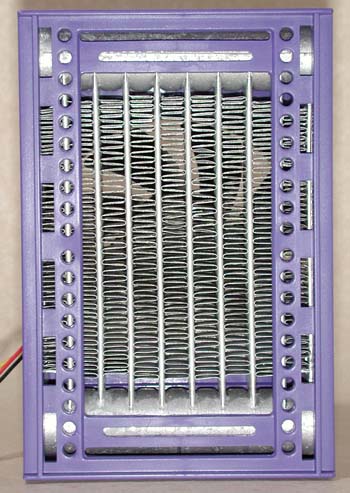 The parts that ship with the kit 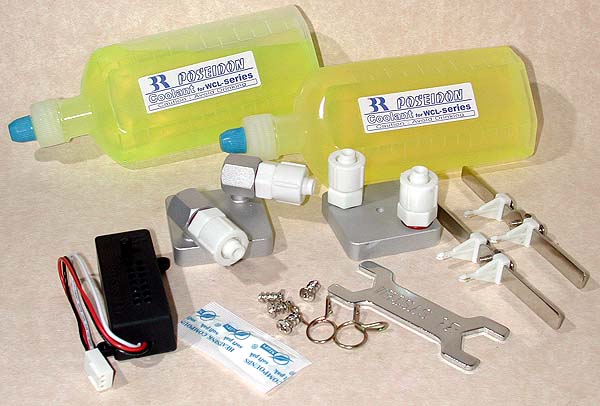 The WCLs were tested using the CPU Die Simulator. The tests were run using the same components each time – the only difference was changing radiators; the waterblock was not dismounted from the die simulator during testing.

What I found interesting is the relatively small difference between the 90 and 120 mm fan results – I would have expected the 120 to be marginally better. I measured the radiators and found that, to my surprise, the face areas are the same – the 90 measures 3 ½” x 4¼” and the 120 4¼” x 3 ½” – both equal at 14.9 square inches (visually the 120 looks bigger). These results were confirmed in multiple tests¹ over three days – no fluke.

The WCL-02 kits tested about where I thought they would – OK for an entry level kit and OK for non-aggressive cooling. I would recommend the 120 over the 90 as fan noise is somewhat lower.

Thanks again to 3R System Co. for sending these our way to check out.