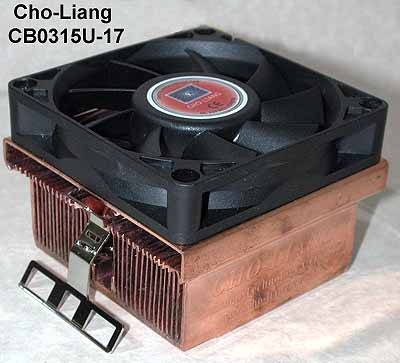 CHO-LIANG Thermal Technology was nice enough to send a sample of their Socket A heatsink #CB0315U-17, an all copper unit. 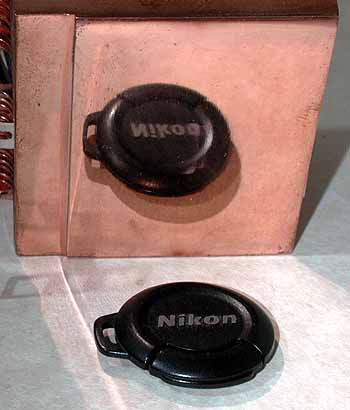 Mounting is fairly easy – the clip features a platform so that it can be easily grasped for finger mounting – no screwdriver required. The clip engages all three socket lugs – always a plus in my book.

In summary, a fairly conventional copper heatsink with a three pronged clip that is fairly easy to mount.

The CB0315U-17 was first tested on the CPU Die Simulator which gives results that are unaffected by motherboard influences. I then tested it on an Iwill KK266+, modified to read AMD CPU die temps, as an example of what users might see on their systems.

OK for moderate Socket A/370 cooling.

Thanks again to CHO-LIANG Thermal Technology for sending this our way.

A nice improvement to the original Glaciator. — Joe
Read More