Our very own The_Coolest just announced the first release candidate for version 1.0 of his Core Temp program. This release has many new features and bug fixes. It also coincides with the release a nifty monitoring app for your Android smartphone. 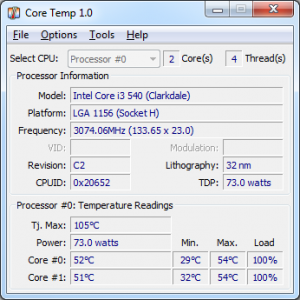 Here is the changelog for this version:

*** Core Temp Monitor is now available, an Android app to monitor your machines from anywhere in the world! More information can be found here

Head over to the Core Temp home page to download the program and check out the complete changelog. You can also join the existing discussion threads in the AMD and Intel forums here on Overclockers.