Just wondering if its worth going to a 5820k to a 5800x3d. Generally this system has been fine until recently either the board or cpu have been messing up.
A few months ago the system just wouldnt post at all, coming up with ram cpu errors. Switching between bios chips, attempting to reflash bios, removing each piece of hardware, reseating the cpu. Eventually I got the system to boot up again (how I got it to, I still have no idea) while it boots now and can enter the bios I can no longer get the same oc I used to (down to 3.6ghz from 4.3, and ram down to 2400). The board also shows firmware/bios version as 0.0.0.0, reflashing latest one did nothing, it takes a long time to post and boot also from full shut down and even wake from sleep. Inside windows seem to generally fine as far as I can tell. No crashing. I'm thinking it may have been caused by brown outs over the summer, it is plugged into a fused power strip but not a ups or anything.


I was looking at possible upgrades so I can keep using the ram after looking at recent ddr5 prices, I'll probably swap the psu to a corsair rm850 I have laying around here, keep everything else.
Also I was trying to keep the gold theme so the only boards I really saw the the z590 oc formula (more yellow than gold but eh) but you are stuck an 11th gen when 13th gen just came out. On amd's side I saw the b550 taichi (not much gold but better than nothing) but at least its only last gen cpu.

So thats where I am right now, with the recent 5800x3d price drop (if I can ever see one in stock)

I mean, it doesn't suck in anything else... so if you want the most out of gaming, that's the chip.

The AMD Ryzen 7 5800X3D is the company's new flagship gaming processor. It introduces 3D V-Cache, a dedicated piece of silicon with additional L3 capacity. In our review, we're testing how much the larger cache can help intensive gaming workloads and applications and compare it to the Intel Core...

Yup. I was thinking of gettin an X3D chip, but figured thats not a worthwhile/cost effective upgrade. I want to stretch this platform as far as it can go before I upgrade. Me wants a 5950

But for the OP, you'll like the X3D. Make sure you pair it with a good mobo.

If you're still on a Haswell and DDR3 (or slower DDR4 in Haswell-E like you have), heck yeah I would upgrade if budget allows.

Might also consider risking a refurb B550 board off of ebay. I was looking at B550 Strix-F boards for $110 shipped.

Just for good measure, you have checked the bios battery, right?
OP

I was about to ask about that, its a 4x4GB kit, 3000 kit
I know ryzen likes the min of 3200 or so from what I read in alot of places, where as intel chips dont seem to care about ram speed
dont know how that would play with a 5800x3d
I've had multiple opportunities to buy a 5800x3d for that price today, on amazon (though have to wait 3 weeks to get it) and on amd's site, saw it in stock and added to cart and presented with checkout screen, didnt pull the trigger though

Would the bios battery cause all those problems? slow to boot, ect?, I'll check it out, thought it would just lose setting and mb time and such

also on a slightly related note, I just got offered a review sample of DDR5 memory from newegg within the last hour 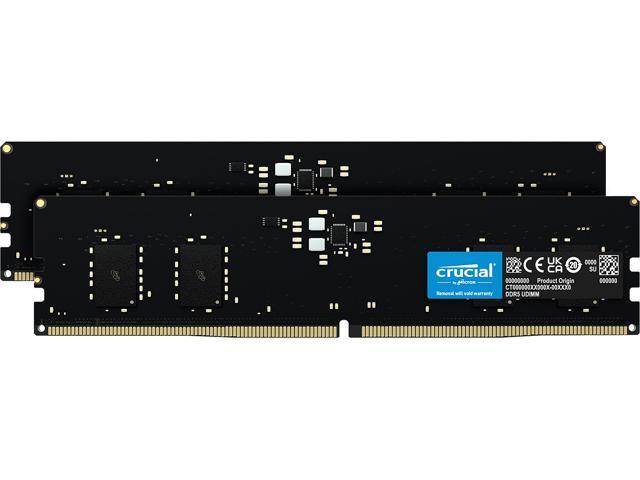 www.newegg.com
so that opens some more doors, maybe the 7000 series 3d cache whenever that is released down the road for an upgrade

Well, bios batteries are cheap. It's a good place to start. Or dial down any settings you have on the system to drive more for stability. Or, it could just be getting old. Shrug.
OP

Good call on the battery it was registering at whopping 0.12v
Replaced it but right near the holder was a chip, it was burning hot, I dont have thermal probes or anything but it was registering at 145F with an infered temp gun while the system was off for about 30 mins, I initially thought it was a shock from from something but my finger hit the chip. Not sure what the chip even does. I got a zoom in of it.
Might be related to the problems. This chip and battery sits under the gpu, the gpu vents through the front and back so no hot air blows on it. The board has a conformal coating, it was built for ln2 and extreme cooling and such, so almost everything is coated including the chip.
Problems are still ongoing, still slow booting and such even with the new battery. 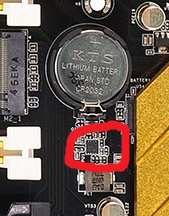 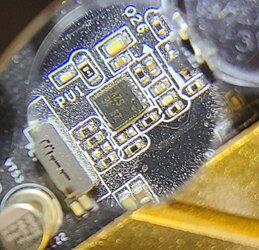 I well I guess this settles it, was really considering a 13600k but the far more expensive board, cpu is only $10 less than this one, and I would have to plop another $20 to buy a new lga1700 mounting bracket for my aio
that and I a little tired of intel atm, 2 burned boards, one burned cpu, gonna give amd a try 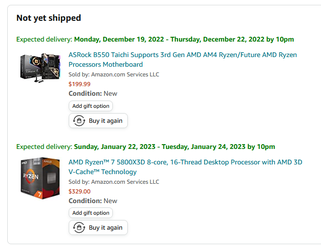 what ram are you using with those?
OP

Oh it cares, its just harder to get it to perform. Its a great chip if you only play games. For everything else it's just basically a stock 5800 with no boost ability. It is slow if you are used to a faster clock speed. They need to make X3D tuneable like the other chips imo.

I never had a chip with boost or w/e, coming from a 5820k (that was sitting at 3.6 due to board problems), its still going to be a big increase in performance over this chip even in regular tasks, and should get rid of the micro stutters in games.

I still have some lingering thoughts if I should have went 13600k or waited for 7X00x3D but that would probably be at least 2+ months away, also board pricing, ddr5 ram, and also the rumors I am hearing is they are going to be stuck at 8 cores.

The intel rig is now my son's youtube machine

I still have some lingering thoughts if I should have went 13600k or waited for 7X00x3D but that would probably be at least 2+ months away, also board pricing, ddr5 ram, and also the rumors I am hearing is they are going to be stuck at 8 cores.
Click to expand...

still 16 threads at much more efficiency clock per clock than what your running now... might be worth the wait if you can.

Just depends on if you can use 12 cores or if single core performance is more important. I think 3000 is fine for the memory, you might lose a couple percentage points, I haven't done the research, but what you said makes sense. If there's more cache then ram speed is less important, in theory. As ED said, the 5800x3d is the "gaming" chip.
You must log in or register to reply here.

Putting together a new system.