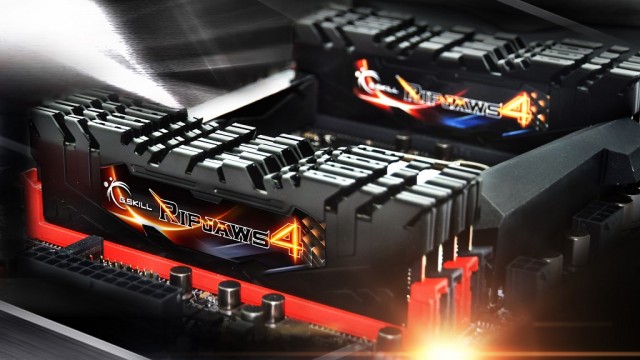 While 16GB capacity have been available for server memory in the past, support and design for such large capacity memory modules are now paving its way to consumer memory modules, suitable for workstation level workloads where high capacity memory is vital. These new G.SKILL Ripjaws 4 series high capacity memory kits are capable of running in quad-channel at a grand total of 128GB, and have already been validated on the latest ASUS X99 Rampage V Extreme motherboard with Intel Haswell-E processors. A stress-testing screenshot of the newly released memory kit with 16GB DDR4 modules can be found below. 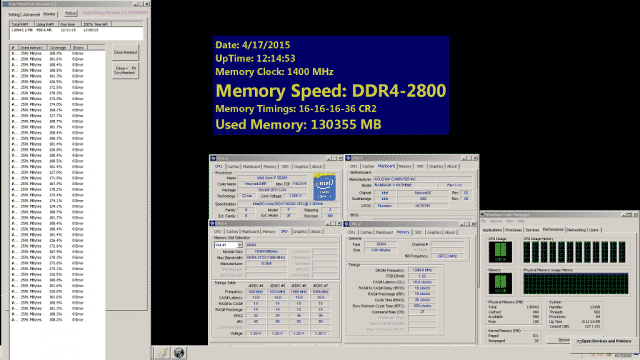 Following the G.SKILL tradition of high end memory kit releases, the new 16GB memory modules are available in kits of up to 8 modules per kit, as well as high performance frequencies from DDR4-2133MHz to DDR4-2800MHz. The dawn of a new high-density memory standard is upon us.

“During development of these DDR4 16GB modules, we see amazing future potential for 128GB (16GBx8) memory kits in extreme high capacity operation on upcoming platforms,” says Tequila Huang, Vice President of Research & Development, G.SKILL. “We will be witnessing the beginning of a new set of standards for extreme capacity and performance DDR4 memory kits on both current and future computing platforms. Needless to say, we are very excited for this release.”

All G.SKILL memory products come with a lifetime warranty and the G.SKILL technical team is always ready to provide consumers with complete technical support via online forums, telephone and email.

We’ve consolidated a ton of eye candy from CeBit for your viewing pleasure, plus one great bonus – a link to an unsanctioned Ivy Bridge preview!

G.Skill is clearly one of the most popular memory manufacturers, especially among computer enthusiasts, gamers and overclockers. At Overclockers we once again have a chance to check how much G.Skill has to offer as we test the TridentX 16GB DDR3-2133 CL9 memory kit. The TridentX memory series is designed for the most demanding users like extreme overclockers, so there is no place for cheap parts. You can expect to receive a high end product which you paid for.