BORN FROM NEARLY TWO DECADES OF DEDICATED DESIGN AND MANUFACTURING, NOW UNIFIED AS A ONE-WORLD BRAND.

Born from nearly two decades of dedication to the design and manufacturing of the world’s best performing gaming products, GALAXY and its European brand KFA2 today announced their global unification, officially merging to form GALAX. 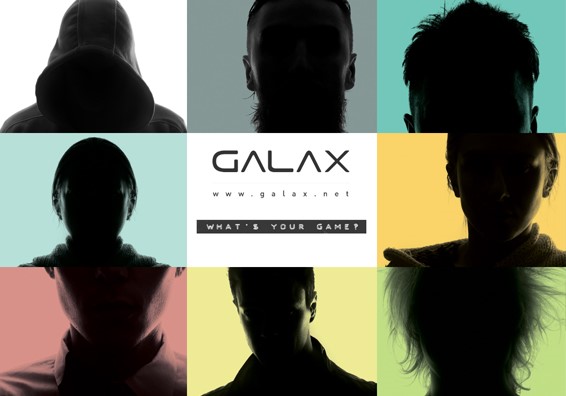 Originally founded in 1994, GALAXY built its reputation as the behind-the-scenes designer and manufacturer of many of the most popular OEM-branded graphic card products on the market. Since 2000, GALAXY introduced numerous critically-acclaimed products including the world renowned “Hall of Fame” series with custom white PCBs and record breaking performance.

One of the most exciting benefits of the merger for GALAX customers will be an all new level of global brand consistency and product availability. With a single unified brand, GALAX is now able to offer every customer in every market the same world class service and support along with access to GALAX’s entire product portfolio. Our customers guide everything we do at GALAX, and it’s this commitment that defines us as a company.

GALAX will continue providing all current levels of  service and support to all Galaxy/KFA2 customers, and will of course honour all Galaxy/KFA2 warranties to their full extent. Customers worldwide are invited to visit http://www.GALAX.net for more details.

As mentioned above, immediately after the merger announcement GALAX showed off their initial  NVIDIA GTX 900 series offerings. They include video cards in the GTX 980 and GTX 970 family. GALAX states the cards will come with factory applied overclocks, enhanced PCB designs, and proprietary coolers. Here is the press release for their new Maxwell GPUs.

GALAX, a leading manufacturer of performance gaming products, recently merged from Galaxy and KFA2, announced today the release of the GeForce GTX 980 series and GeForce GTX 970 Series Graphics cards. Both series are built with the latest Maxwell GPU architecture to deliver jaw dropping performance with double the efficiency of previous generations. With the additional custom features with GALAX raise the bar even further with an aggressive factory overclock, enhanced PCB design and superior custom coolers. 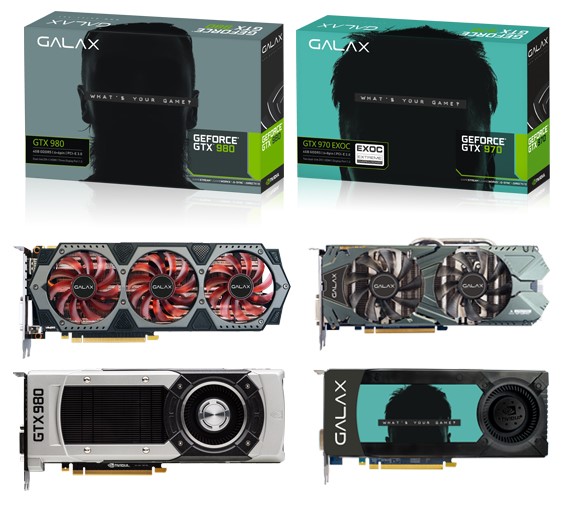 A host of exciting new graphics technologies makes their debut with the GALAX GTX 900 series, including NVIDIA GameWorks technology, GameStream technology, and Super Resolution is about to provide 4K quality with 1080P monitor. All cards are DirectX 12 capable and support multi display gaming on a single card. Gamers can connect up to four simultaneous displays to the GALAX GeForce GTX 980/970 series, including one DVI-I, one HDMI, and three DisplayPort connections.

The GALAX GeForce GTX 9 series are available at all leading online and in-store retailers world wide.

Looks like exciting times ahead for GALAX and the new NVIDIA GPUs!

Today we bring you a new SSD on the market from Galax, you know, formerly Galaxy, the maker of the infamous high end NVIDIA H.O.F. cards we all love so much?! Galax has teamed up with JMicron to bring you an SSD made for gaming primarily. While this data isn’t particularly special in how it needs to be handled, what we don’t need on a drive like this is blazing write speeds as once things get installed, its usually there. And even the slowest of the SSDs are still way faster than a HDD by leaps and bounds. Let’s see what the Galax Gamer 120GB SSD has to offer us, shall we?

Today we get a chance to review another Maxwell based GPU. Thankfully, we have moved on from the teaser Maxwell in the GTX 750 Ti and on to the big boys in the GTX 970 and 980 (but likely not the biggest!). NVIDIA has made some significant changes to this architecture including, but not limited to, much lower power consumption and more efficient use of the available shaders, and also memory throughput (via compression). In my hands is a GALAX (formerly Galaxy) GTX 980 SOC, or Super Overclocked to be precise. This card takes NVIDIA’s reference design to another level with a more robust power delivery area and better cooler to name a couple of things. It’s time to take her out for a test drive and see if we can melt the rubber down to the rims!

Galaxy has just released their latest offering for the graphics performance enthusiast, the Galaxy GTX 760 GC. The card is the newest member of their NVIDIA 700-series lineup. It features a custom PCB, a twin-fan quad-heatpipe custom cooling and is factory overclocked.