GIGABYTE plans a full on Z170 chipset assault with the announcement of their new 100 series motherboards. It looks like offerings will include products in the G1 Gaming, UD, and SOC families. Here is the press release we received. 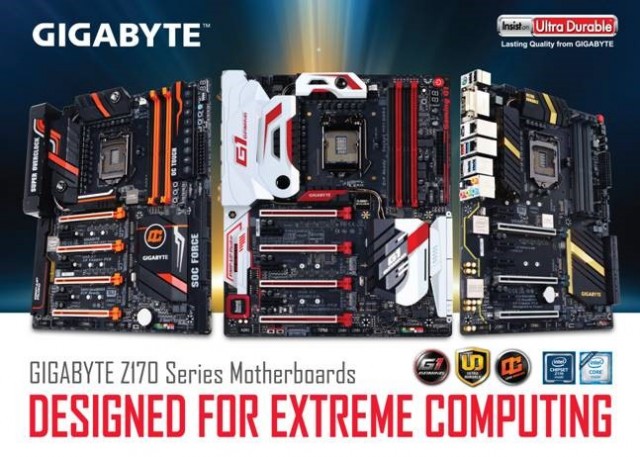 GIGABYTE TECHNOLOGY Co. Ltd., a leading manufacturer of motherboards and graphics cards is proud to announce today its new 100 series motherboards based on the Intel® Z170 chipset with support for Intel’s new 6th Gen. Core™ processor. This updated platform marks a new era for the desktop PC with the continued support of DDR4, introduction of USB 3.1 over the new Type-C™ connector, as well as an array of onboard features and technologies that lets the user unleash the full power of their PC.

“We are very excited to launch our new 100 series motherboards based on Intel’s new Z170 chipset here at Gamescom in Germany, ” commented Henry Kao, Vice President of GIGABYTE Motherboard Business Unit. “We know everyone has been eagerly waiting for this, so we made sure our 100 series motherboards are packed with features which will make them stand out and provide the best possible experience from the latest 6th Gen. Core™ CPU from Intel.”

GIGABYTE 100 Series Motherboards
With the 100 series, GIGABYTE offers three motherboard segments to satisfy everyone’s specific needs. The Ultra Durable caters to users looking for a board that has long lasting, high quality components while the G1 Gaming™ targets gamers that demand cutting edge audio and graphics performance, and with the SOC Force GIGABYTE is bringing a solution for those who are looking to push their hardware performance off the charts. GIGABYTE brings a series of features that won’t let anyone down.

Intel® 6th Gen. Core™ CPUs and Z170 Chipset
With its new 6th Gen. Core™ CPUs and Z170 chipset, Intel provides notable improvements over the previous generation and revolutionary new features such as support for Windows 10™ and DirectX™ 12, the latest and greatest operating system and API from Microsoft® which are both supported natively on GIGABYTE motherboards. Additionally, the new LGA 1151 socketed 14nm CPU from Intel brings both DDR4 and DDR3 support as well as enough power to support up to 3 independent digital displays and enhanced full range BCLK overclocking!

World’s First USB 3.1 with Intel® Controller
The Intel USB 3.1 controller, the industry’s fastest USB controller, utilizes 4 PCIe Gen.3 lanes to offer a total bandwidth of 32 Gb/s, for uncompromised transfer speed of up to 10 Gb/s.With twice the bandwidth compared to its previous generation and backwards compatibility with USB 2.0 as well as 3.0, selected 100 series boards provide dual connectivity via USB Standard-A™ and the innovative USB Type-C™ making GIGABYTE the best USB 3.1 solution on the market with better compatibility over a wider range of devices.

“Our ongoing close partnership with GIGABYTE Technology has been something that we’ve always been extremely proud of, and with the launch of the all new G1 Gaming Motherboard, you can see why,” said Low Long Chye, General Manager of Audio at Creative Technology Pte. Ltd, creators of the Sound Blaster™. “The groundbreaking G1 Gaming Motherboard, together with the Sound Blaster ZxRi onboard sound card, and its Sound Core3D multi-core sound and voice processor, is a masterstroke of audio engineering technology.” 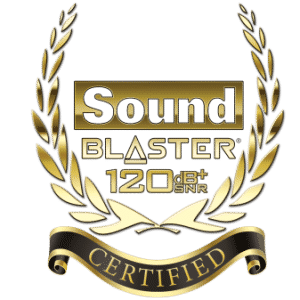 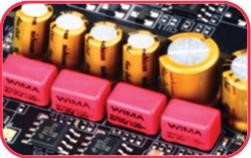 Killer DoubleShot-X3™ Pro
GIGABYTE’S Killer network solution is featured on selected GIGABYTE Z170 high-end motherboards. Combining the Dual Gigabit LAN Killer E2400 with the Killer 1535 Wi-Fi card offering the latest 802.11ac+Bluetooth 4.1, the Killer DoubleShot-X3™ Pro application can prioritize and redirect the most important traffic over the fastest connection available, making sure that your game is never affected by a congested network due to multitasking. By working together, the triple LAN solution offers better traffic management, faster transfer speed, and less lag to multitasking users.

Ultra Durable PCIe Metal Shield
Seen first on its 100 series motherboards, GIGABYTE presents a new innovation in its Ultra Durable technologies lineup with the PCIe One Piece Metal Shield. Add-in cards can be extremely heavy, especially long graphics cards, and removing them can put a lot of stress on the connector. The innovative one-piece stainless steel shielding design from GIGABYTE reinforces the PCIe connectors to provide the extra strength required to support heavy graphics cards. 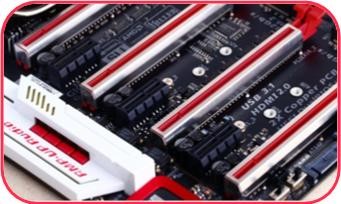 We have a GIGABYTE 100 series motherboard in route for review, so keep an eye out for that!

Today, Gigabyte announced the release of the AORUS XTREME Gen4 AIC SSD with up to 32TB of storage and speeds of up to 28GB/s. This dual-slot PCIe 4.0 x16 drive features a massive heatsink with twin fans and looks more like a graphics card than a solid-state drive. The high capacity is possible due to eight 4TB NVMe drives coupled with Phison’s PS5018-E18 controller. Pricing and availability have not been released at this time. Here is the press release from Gigabyte.

Our next stop in covering CES 2016 was with the fine people at ASUS. Raja lead us around their suite showing off all kinds of new goodies from the new Z170 Maximus VIII Formula, 970 Pro Gaming/Aura AMD board, gaming peripherals and even an external graphics docking station, the ROG XG Station 2.