Whether you’re building a HTPC or a system intended to run everyday applications, you don’t always need a high-end graphics card to get the job done. HIS thinks they have the perfect solution for such system builds in their R7 250X iCooler graphics card. The R7 250X series of graphics cards were released to fill the void between the R7 250 and R7 260, which results in a re-badged HD 7770 GHz edition using the same Cape Verde XT GPU core. While today’s review sample appears to be a reference design card based on its specifications, it does come with the proprietary HIS iCooler. Hopefully this will equate to cool and quiet operation with a little overclocking thrown in the mix too! Let’s go find out!

A quick look at what GPU-Z has to say confirms what we see above and some additional information as well. The card comes in with 640 Unified Shaders and 16 ROPs. The 1 GB of GDDR5 sits on a 128 bit interface with a bandwidth of 72 GB/s.

Even though the R7 250X iCooler is positioned at the lower end of AMD’s graphics card offerings, that doesn’t mean you have to sacrifice the latest technologies. The card features all the benefits of AMD’s Graphics Core Next (GCN) and the ability to use high resolutions for bringing full HD content to your display. All feature descriptions courtesy of HIS.

The HIS proprietary iCooler gives the card an excellent cooling solution that not only cools the card much better than the reference design cooler, but does so at a very quiet noise level.

There are a few other features the folks at HIS want you to be aware of. The first being the low power consumption the R7 250X iCooler offers. We always test power consumption during our graphics card reviews, so we’ll have those numbers for you later in the review. HIS claims they only use high quality components to increase durability and stability. We’ll be checking this out too, once we get “under the hood” so to speak. HIS also includes their iTurbo overclocking utility to help get the most performance possible from your graphics card. We’ll have a closer look at this utility a bit later.

The retail box is decked out with a mostly black and blue theme with the battle sword commonly found on HIS packaging gracing the front of the box. The front and back of the box do a good job of letting you know what the card’s features are, and the back provides a list of system requirements. The box sides list a couple high-level features, connectivity options, a multilingual marketing blurb, and additional branding.

With the outer box opened, you’ll find another black box that contains the graphics card and a couple accessories. The HIS R7 250X iCooler sits below the accessory envelope and is well secured in a foam bed. Interestingly, the card was not wrapped in an anti-static bag. As far as accessories go, you simply get the driver/utility CD, a HIS sticker, and the installation guide.

Before we grab the surgical tools and disassemble the graphics card, here are a few images taken from different angles. If you have a system built around a blue or black theme, the card will blend in nicely. As you can see by the pictures, the iCooler assembly is pretty large, but not so much as to be gaudy looking.

Removing the iCooler assembly is as easy as removing four spring loaded screws from the back of the PCB. Once off, we can see it’s an all aluminum affair with the fan secured to the fin stack. The opening in the shroud around the fan measures 92 mm, but the outside diameter of the fan blades measures right at 85 mm.

As mentioned before, the R7 250X iCooler requires a single 6-pin power connector from your PSU, which is located at the rear of the card. At the front of the card, we have the display connections, which include VGA, HDMI, and DL-DVI.

As we tour the bare PCB, we can see the three power phase design (2-GPU, 1 vMem) just as the reference design calls for. Voltage control to the power phases is controlled by an APW7098 VRM. It’s a basic controller that unfortunately, does not support software based voltage manipulation. HIS also chose Fairchild Semiconductor FDMS7682 MOSFETs, which aren’t the most robust option out there. However, they are more than adequate for a graphics card in this class.

The GPU overclocking crowd will be pleased to see SKHynix memory modules on the R7 250X iCooler. The modules in question are part number H5GC2H24BFR-T2C, which are rated for 5000 MHz (1250 MHz quad pumped) at 1.35 V. Hopefully, this leaves some room for overclocking above the 4500 MHz the specifications show… we’ll see. The last image below is of the AMD Cape Verde XT GPU core.

The HIS iTurbo software allows for overclocking, fan control, and GPU information at a glance. Given the lower end nature of the R7 250X iTurbo, there isn’t any voltage control available. However, we do have the options to raise the GPU core and memory speeds.

iTurbo can be broken down into five sub menus, the first being the Home screen. This screen is basically a place for HIS to keep you abreast of news, driver updates, etc. As you can see by the screen shot, it doesn’t appear to update very often. The Info screen gives you GPU specifications at a glance, such as driver version and many of the same items as GPU-Z. The Overclock screen is where all the performance enhancements will happen. The options available here will be dependent on the card you have installed. In the case of the R7 250X iTurbo, we only have GPU clock, memory clock, and board power limit adjustments. The fan control screen offers three ways to control the iCooler. You have a choice between automatic, fixed, or custom. The custom option presents a graph-like interface where you can specify fan speed based on the GPU temperature. The Settings screen is where you can control the behavior of iTurbo and customize several other options.

Without having any voltage control, overclocking the GPU only resulted in a 50 MHz increase from the stock setting. As I expected, the memory happily ran at 1250 (5000 MHz quad pumped). So, for a 24/7 stable overclock, we landed at 1050 MHz GPU core and 1250 MHz on the memory. By stable, I mean the ability to complete all our benchmarks with no crashing, artifacts, or other annoyances.

We’ve got a good assortment of comparison cards available, which include a card lower on the food chain and a few a little higher. We’ll stick to the Overclockers.com GPU test procedure that we’ve been using since the Haswell platform was released. If you’re not familiar with our testing method, click on the link provided for more information. For quick reference, below is the down and dirty version of what we do.

Our set of synthetic benchmarks show the HIS R7 250X handily beating out the AMD R7 250, which is expected. When overclocked, our review sample can’t quite match the AMD R7 260, but does come relatively close.

As we move to the game benchmarks, we see the same story as above with the pecking order remaining intact throughout all the testing. Grid 2 was the only game benchmark the HIS R7 250X eclipsed the magical 30 FPS mark. That’s not surprising at all considering our game benchmarks are all run at their highest settings. If you’re willing to relax a few in-game settings, I’m sure the card can handle a lot of the newer game titles.

I have to admit, I had doubts about the all aluminum cooling block used on the iCooler for this application. In the end though, the iCooler did a great job keeping the card cool. Even better, it did so at an almost inaudible noise level. Even if you set the iCooler to 100% fan speed, it’s still barely noticeable. Again, great for a HTPC application or in an environment where low noise is important.

For the pushing the limits section, I typically try to find the highest overclock that will allow a run of 3DMark Fire Strike to complete. This by no means insinuates the card is stable at these settings, but it’s fun to push it to the brink. In the case of the HIS R7 250X iCooler, I only managed another 10 MHz on the GPU core from our previous overclocked settings we used for benchmarking. The memory overclocked an additional 50 Mhz, which is no surprise given SKHynix vMem typically overclocks nicely. So, in the end, we landed at 1060 MHz GPU core and 1300 MHz (5200 MHz quad pumped) on the memory. However, interestingly enough, the 3DMark Fire Strike score actually went down from the previous overclocked score. More than likely, the board power limit was exceeded and caused a bit of throttling. So, if you’re pushing the limits on this card, that’s something you’ll want to keep an eye on.

The HIS R7 250X turned out to be a very nice budget-minded graphics card. It overclocks fairly well, has an effective cooling solution in the iCooler, and can be used where low noise and power efficiency are required. It’s not a gaming monster, nor is it intended to be. However, if you’re a light gamer or don’t mind playing games with a few settings relaxed, then it’s a capable video card. Value certainly isn’t an issue either as the HIS R7 250X iCooler can be had for $89.99 at Newegg. The card also falls under AMD’s Never Settle Forever (Bronze) program, which allows you to choose one free game upon purchasing. The free game is valued at $40, which is a lot of value add for a sub $90 video card. 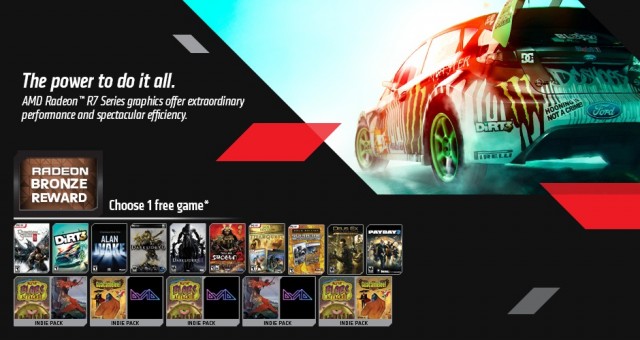 Not every computer system demands a high-end graphics solution; and to that end, the HIS R7 250X iCooler fits the bill nicely. If you find yourself in the market for an affordable mid lower-end video card, then the HIS R7 250X iCooler is definitely worth considering. It features good performance, runs cool and quiet, absolutely sips power, and is easy on the wallet!

Undoubtedly, the ASUS ROG series motherboards have become an extremely popular choice among the computer enthusiast community. In an effort to keep that trend moving forward and provide mass appeal to the gaming community, ASUS has offered up their latest Z87/Haswell based motherboard – the Maximus VI Formula. The M6F is aimed squarely at the gamer; but being a ROG based motherboard, it also caters to the overclocking enthusiast.

Even though the X99-E WS motherboard is listed as a workstation offering by ASUS, don’t let that classification fool you. The X99-E WS has many of the same features found on ASUS’ enthusiast-level motherboards. Particularly appealing to the gaming crowd is its quad-SLI/CrossFireX support at x16/x16/x16/x16 speeds. There are a host of other unique and intriguing features the X99-E WS offers that should appeal to the enthusiast and gamer alike. So, let’s find out if this latest offering from ASUS is worthy of consideration in the increasingly crowded X99 motherboard market.