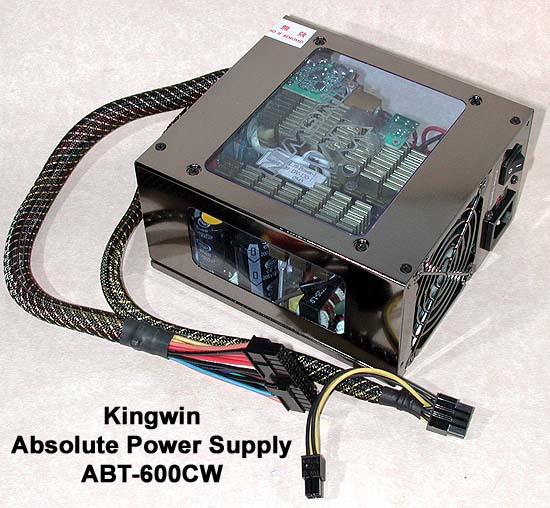 What’s missing from this picture?

The good guys at Kingwin were nice enough to send a sample of their latest power supply, the Kingwin Absolute Power ABT-600CW (600 watts). Aside from the usual power supply stats, what makes this a very nice unit is that the accessory cables plug into the unit – finally an easy way to get rid of the cables you don’t use! 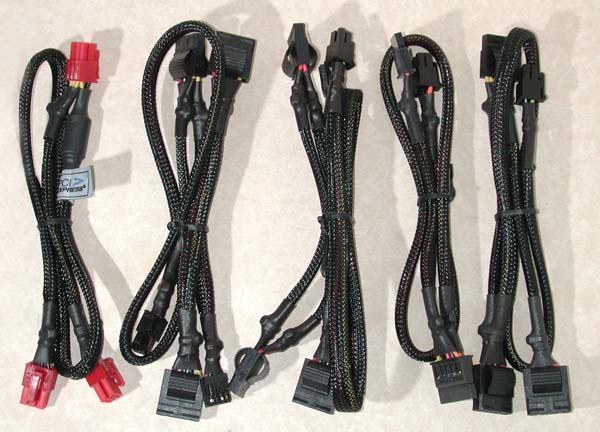 Plug in only the cables you use – nice!

The inside of my cases always have a rat’s nest of cables I don’t use, so a power supply that you can customize to your power needs is a very nice feature. With a floppy becoming less common, it’s nice to have a cable without a dangling floppy connector. 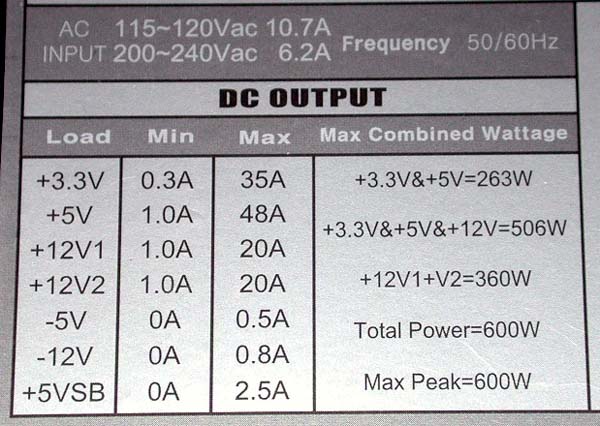 The power supply connector is a 24 pin design, but could be used with a 20 pin connector if needed:

Note that the plug will fit a 20 pin connector (there is indexing ridge on the plug), assuming there are no interfering components around the motherboard connector. I tried the plug on a few motherboards and it fits some but not all. I found that I could use an extension adapter to get around this problem: 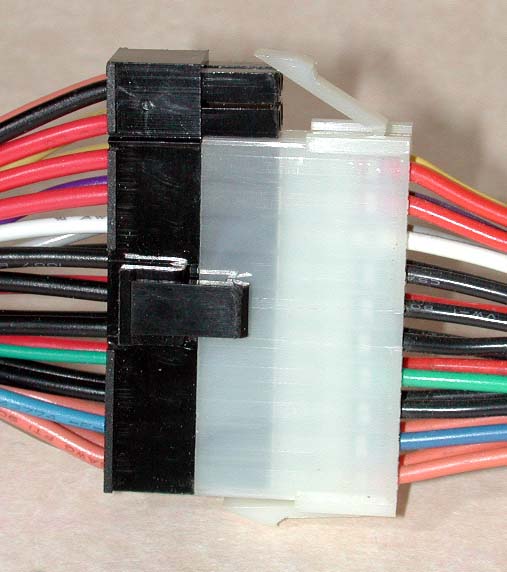 UPDATE: A number of readers wrote in to tell me that the last four pins are removable – they are indeed, although they were pretty snug and fooled me! 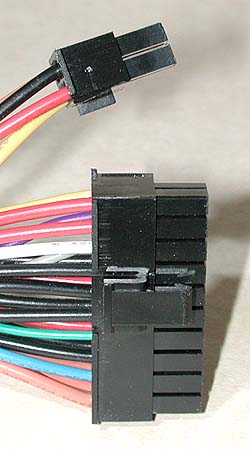 The inside back of the power supply has all the connectors for the cables: 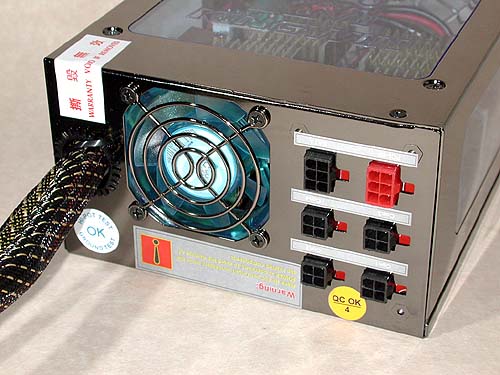 In addition, there are three windows: 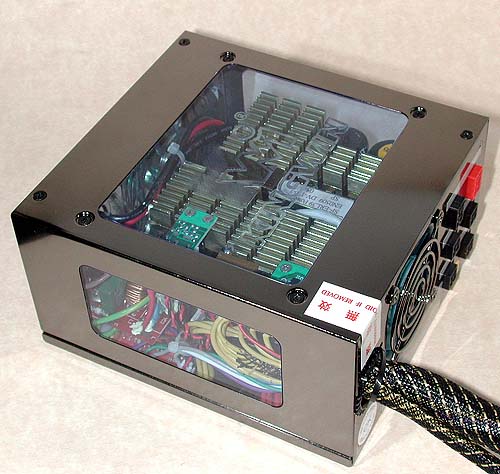 The fans are controlled by temperature:

In use, I found fan noise to be very low. 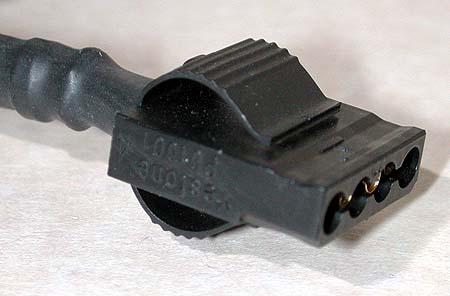 Squeeze on the raised part and the plug comes off very easily – anyone who has fought with a sticky plug will appreciate this.

Finally, when powered the LEDs light up the windows: 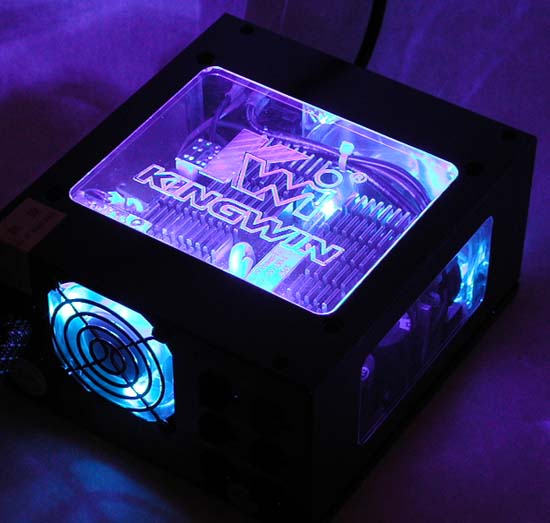 Kingwin’s 600 watt Absolute Power Supply (model ABT-600CW) is a great way to clean up the un-used cable mess that comes with many other power supplies. In addition, the “easy-off” hard drive plugs, LEDs and low-noise fans make for a very attractive package.

We and others reported the other day that Clawhammer wasn’t going to be generally available for the desktop until late in 2003. Some unknown AMD flack tried to play spin doctor on this (see the end of the article): “AMD Read More

Apple has been in the news a lot lately. The new anti-Vista ads are one reason; they stung enough to make Bill Gates whine a bit to Newsweek OK, just how well is Apple doing now that it’s shifted to Read More