I reviewed another freeware app that finds license keys in your Windows registry and happened to come upon License Crawler. It turns out that this app is far superior at finding license keys – it found 16 on one laptop compared to a measly five for the other app.

After installing it, you run it and it does a very thorough search of the Windows Registry looking for license keys – I was amazed to find keys to software I didn’t even know had keys! It took about two minutes or so to do its thing – this is the final (and only) screen: 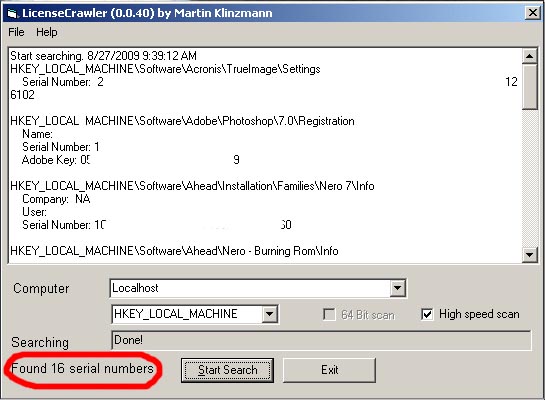 I’m impressed! As I said, it found keys I didn’t even know I have, so this one is definitely a keeper. Great freeware! Also does not load as a program – just runs as an app when you need it.

If you need it for legacy software, adding Virtual XP to Windows 7 is a snap; using it on a long-term basis is another story.

LockHunter is a freeware utility which enables users to delete blocked files.

A great marketing move by Microsoft.