SUMMARY: A fine choice for variable speed Socket A cooling. 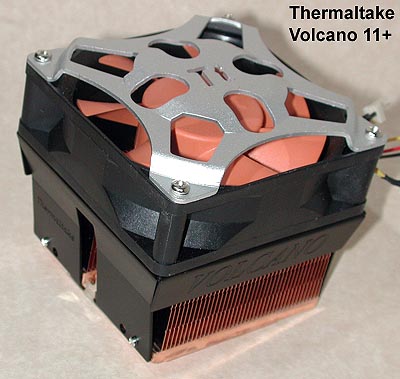 The good guys at Thermaltake were nice enough to send their latest, the VOLCANO 11+, for a test spin.

The Volcano 11+ ships with parts to run 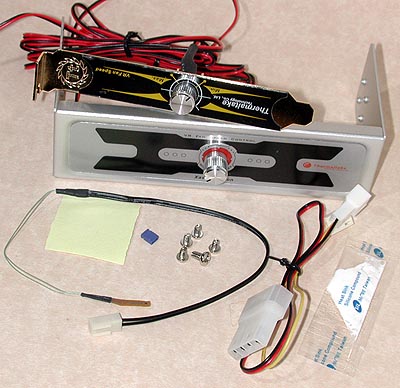 The instruction sheet that comes with it is well done and very easy to follow.

Its not safe to use a motherboard fan header – at its highest speed, it draws 8.4 watts – using the power plug adapter is a must. 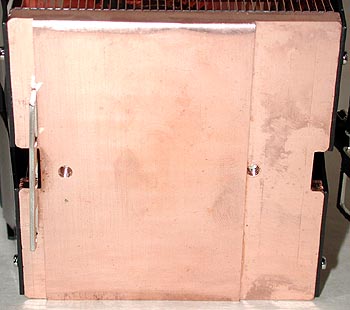 However, I could see polishing marks and when I ran my nail over it, I could slightly feel ridges.

The clip engages all three socket lugs and is very secure – it does take a screwdriver to mount.

The Volcano 11+ was tested on the CPU Die Simulator (75.4 watts) which gives results that are unaffected by motherboard influences.

Quite a range! As always, low noise = low cooling performance. Die Simulator results place the Volcano 11+, at its highest speed, in the mid rank of heatsinks tested to date (Heatsink Ranking).

Thanks again to Thermaltake for sending this our way. The Volcano 11+ is available from The Heatsink Factory.