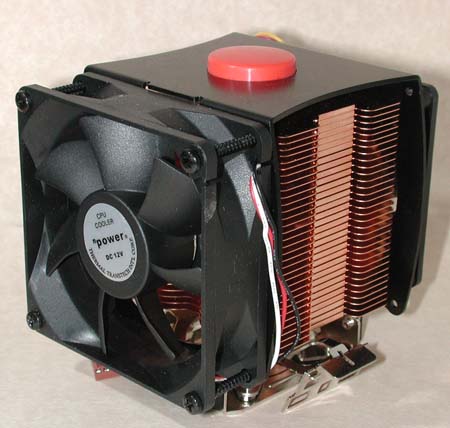 The good guys at Thermal Transtech were nice enough to send the TTIC-NPH-201 heatpipe for a test spin. This is a two fan heatpipe; the major difference from other heatpipes I’ve seen is that the heatpipe is fairly large – it measures 25.4 mm x 100 mm long. There are 34 fins arrayed along the heatpipe, with two fans for cooling (push-pull configuration).

The heatpipe is clearly visible through the copper fins: 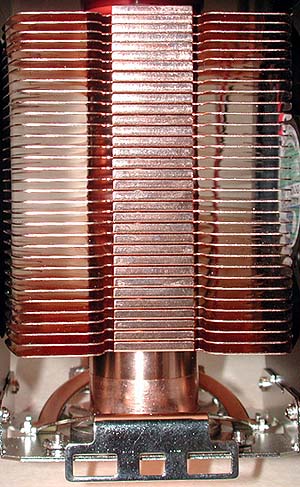 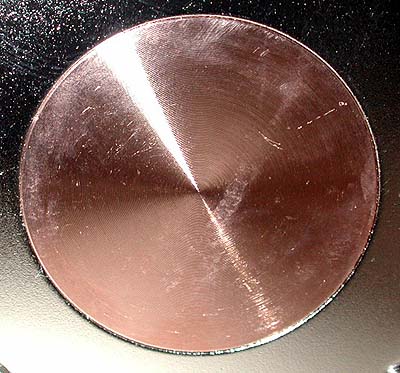 When I ran my nail over it, I could feel ridges; a good lapping could improve results somewhat.

The TTIC-NPH-201 was tested on the CPU Die Simulator which gives results that are unaffected by motherboard influences.

The TTIC-NPH-201 is a fine choice for Socket A cooling. The use of two different fan sizes is an interesting performance choice, leading to somewhat higher noise although not annoyingly loud.

Thanks again to Thermal Transtech for sending this our way.