Inside the EVGA suite, we saw several products on display including the long-awaited SR-3 motherboard, the least expensive RTX 2060 ($299), new power supplies in the G5 and B5 series, as well as the Nu audio card getting the 7.1 treatment.

The SR-3 Dark supports Skylake-SP and Cascade Lake-SP based processors in the Intel LGA3647 socket along with the mighty Xeon W-3175X. The latter is what it really feels like it is made for. The board includes a water-cooled chipset and VRM area, four 8-pin EPS plugs to feed the monster CPU (though they said two were used even with LN2), six full-length PCIe slots, six SATA ports and two U.2 ports, and two M.2 slots. A beast of a content creation or overclocking board.

The two orange cards you see are the Nu Audio devices. The original was updated with a different case, this time a dark orange in color, and added a backplate. Additionally, the RGB element was changed as well and can double as a realtime graphic equalizer. Appearance aside, the upgrade to 7.1 is handled by a daughterboard that also plugs into a PCIe slot. They are connected by a cable that plugs in at the back of the cards. If you still wanted stereo only, it still works as a stand-alone. Pricing wasn’t mentioned for the 7.1 version, but they should be available soon. 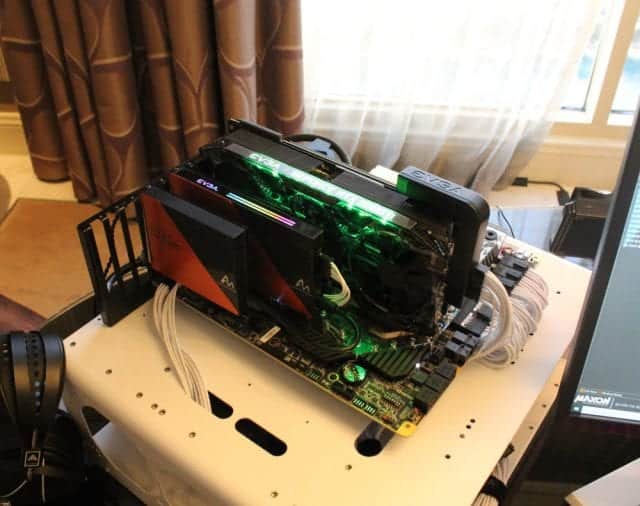 Next up is the RTX 2060 KO. Some may recall the KO edition cards from back in the day and have made a return. The card’s claim to fame is going to be the $299 price point, down $50 from the launch MSRP. The KO uses a smaller heatsink with dual fans for cooling. It will come out in two versions, one with reference clock speeds, and another that is overclocked (which will be at a higher price point of $319). We’re not sure if this pricing is only from EVGA or if other board partners will get involved, but with the impending release of the RX 5600 XT, EVGA fired a shot across the bow against the $279 and likely much slower AMD card. 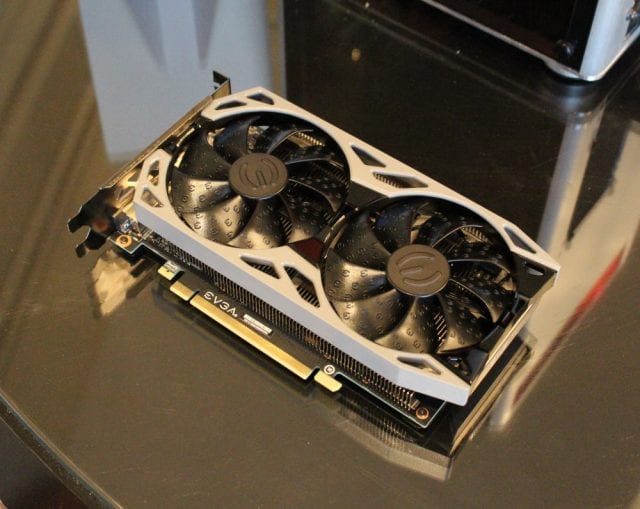 Last, EVGA has updated their PSU line with new G5, B5, and BA series units. The B5 and G5 are more of the premium line while BA is an entry-level product. The Supernova G5 series has gold rated efficiency, a fully modular design, and a 10-year warranty. The B5 series is also fully modular, comes in a compact form factor and brings a 5-year warranty with it. The BA units are not modular. 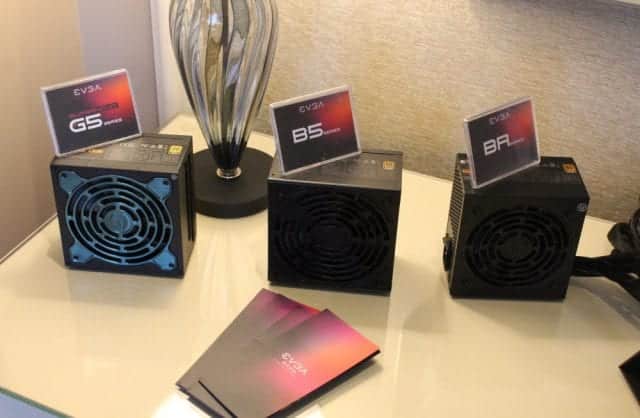 NVIDIA Says No to Voltage Control

It has come to our attention that NVIDIA is making sure that there will be no voltage control for their GK100 line up. The news comes via a forum post at the EVGA forums (which we confirmed independently) and it’s not pretty as far as overclockers are concerned.

The NVIDIA GTX 660 launched on the 13th and EarthDog was right there with a review of Galaxy’s GTX 660 GC. Today we bring you another flavor of GTX 660, EVGA’s GTX 660 Superclocked.

Inside the EVGA suite, we saw several products on display including the long-awaited SR-3 motherboard, the least expensive RTX 2060 ($299), new power supplies in the G5 and B5 series, as well as the Nu audio card getting the 7.1 treatment.