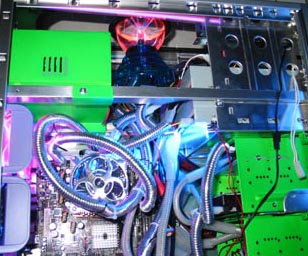 You will need the following for this project:

I think this is probably one of the coolest mods you can do to your computer. This is just a simple “How-To” so that you can get it set to run off your computer’s power.

First off, you need to find a plasma ball. The best place to look is on Ebay. There are three and four inch plasma balls for sale that run about $20. The three inch is the one I used. This is a good choice because it runs off of a 12v adapter so it’s really, really easy to modify for your PC. 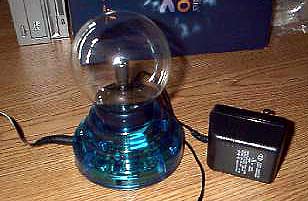 Turn it over and remove the four screws from the bottom. Remove the bottom plastic cover. Here is the cover and the 2 – 4 pin adapter. This one also happens to have an extra molex 4 pin on it, though it’s not required.

There are two power cables. They are probably hooked to a little black box that has the power adapter in it. It’s basically just where you would normally plug in the little silver plug to give it power. Disconnect the cables from the power box with wire cutters, get as close to the box as possible so as to leave yourself with as much wire as possible. Pull out the little adapter and toss it in the trash. Now you’re just left with two little grey power cables. 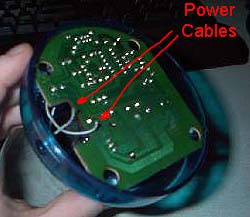 Now you should have your wire strippers, shrink tubing and soldering iron all ready to go. You will first need to prep the wires for connecting them. Strip off about a 1/4″ of plastic from the wires on the plasma ball. Cut off the 2 wire end of the four pin adapter so that you just have two wires there. Strip the ends of these wires just as you did the plasma balls. 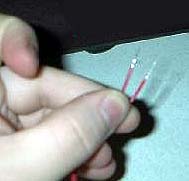 Simply twisting them together sucks and will not hold very long, if ever, and will give you bad connections.

Good soldering is key whenever working with electronics. Too much solder is never good. It’s best to heat up a little solder on the solder tip and just drag the end of each wire through it a little until each wire has a nice thin coating of solder on it. Do this on the two wires hooked to the adapter too. Now you should have four wires prepped.

Slip the shrink tubing on the two wires attached to the adapter. Pull them down away from where you stripped the wires so they aren’t in your way.

You want to be sure to solder positive to positive and so on. Take the two positive wires and just touch them together, then quickly just touch the hot soldering iron to them and quickly remove it. If you’ve done it correctly they should now be connected. Do the same to the other two wires.

When you’re finished, pull the shrink tubing up over the connections and heat it with a dryer or by moving a lighter quickly back and forth under it until it shrinks.

It should look something like this when you’re finished: 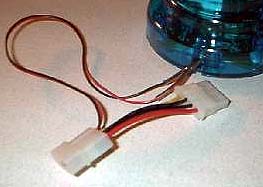 And here is a picture of it running off the power of my computer:

I’ve chosen to mount my ball in the top of my case in the middle of a window. 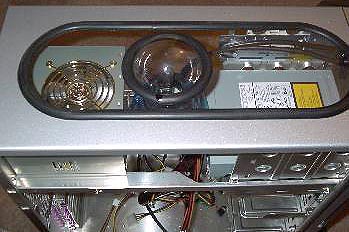 I used a cup a little larger than three inches to draw the circle. Then I cut it out by hand with a Dremel. I superglued widow molding in the inside, after many test fittings, then inserted the plasma ball. 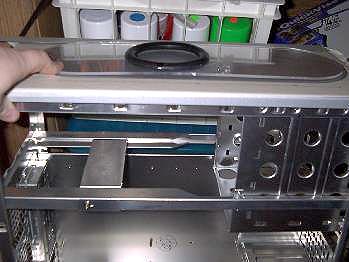 There are hundreds of ways you could choose to mount this so I’m not going to go into a lot of detail on how to mount it. Here are a couple pictures of it mounted, though my machine isn’t finished so it’s not hooked up to this machine yet… just mounted. 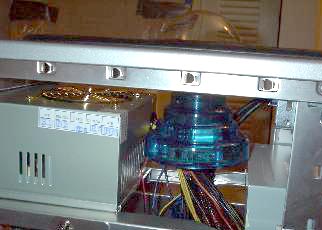 The casing looks neat and really can’t be reduced much more than it already is, so I’ve decided to leave it and will most likely add an LED light to the interior of its blue casing to make it a little more interesting. 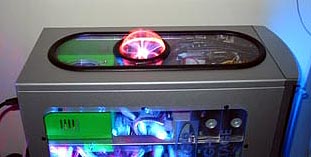 Water Cooling Case - A to Z

In the background, the standards get created and the lobbying and campaign contributions begin. The Register has written quite a bit about this, and there’s quite a few links in this article. Essentially, it talks about efforts by the major Read More