What This Is About

One thing who don’t see often is one that does both. I have attempted to make a custom case that is both affordable AND is one that will cool down a system without any trouble at all for around $100.

Many have made modifications to their case to make it look cool. Others have made mods to just cool it down. But one thing that doesn’t happen often is a custom-made case that is made to cool down heat-sensitive components. I have attempted to make a custom case that is both affordable AND is one that will cool down a system without any trouble at all. The budget: $100.

First, I designed the case. It took me about a day, and was by far the hardest thing to do, but not spending the time to do it right before you start means spending more time AND money fixing mistakes AFTER you start.

As you can hopefully see, the left side of the case is for the motherboard and the expansion cards, while the right is for the PSU, drives, and whatever else you’ll find in a case.

By moving the heat-generating devices that are NOT heat-sensitive to another section of the case (in this case, we’ll call it the “right section”), I hoped to protect the heat-sensitive devices from extra heat, hopefully aiding the cooling on that side.

I debated with myself quite a bit about how to finish the case. Should I paint the box internally or externally?

The difference between the two is simple: painting externally will require sanding, some good car polish, and wax to make it look cool. Internal painting will let you have the shine for free, but that means any holes going through the clear part of the plastic will look weird.

For a while, I was going to paint the box externally and glue the pieces together with acrylic glue, since I don’t want random screws seen on the top middle portion of the case. Then I decided to internally paint it, and have all the sheets screwed down by screws so that the whole operation would be easier and faster. But then again, I wondered how hard would it be to make the outside look half decent if painted externally, so I chose external painting again.

Still basically undecided on this point, I then had some people comment on it (some constructively, others not). Then I went to work. 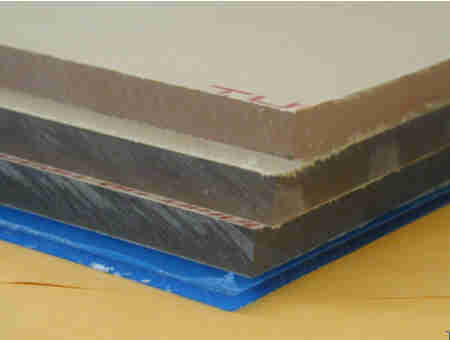 Ah, the smell of burned plastic. Anyway, I took the sketches and proceeded to measure out the big 3/8″ pieces so I can glue them together. I finally chose gluing then external painting.

I peeled back the protective sheets on the acrylic to see what I was gluing, then glued. After all that careful measurement and preparation, it came out looking rather good.

I wanted to make the left panel first, since it would be the easiest panel to cut out. All I needed to make were 3 90mm circles and 4 screw holes each.

Unfortunately, I don’t have a hole saw to put on my drill, so dremeling was the only solution to this problem. The circles aren’t even near perfect, but it’s good enough to show that the holes are supposed to be round. 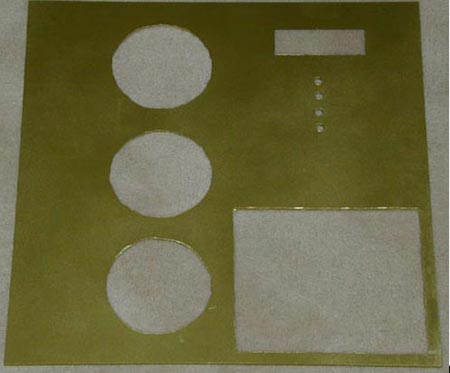 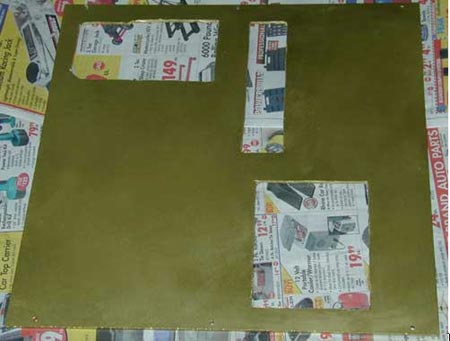 OK, time to see what else to troubleshoot. 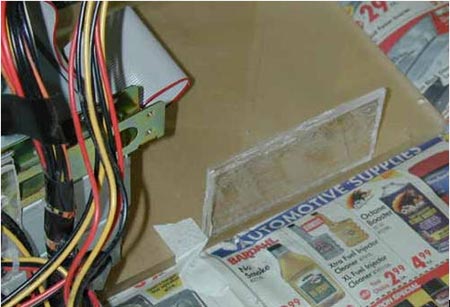 On the very left, there’s another piece of acrylic (2 glued together) that attaches the drives into one big unit. That will then slide into the socket that you see in the middle of the picture. When done, the units won’t be sliding around all over the place, but be completely secured.

The cutting is finally complete! Now to fit everything together to make it all work.

Wait, what about the fans? Time to go to Directron and order some! 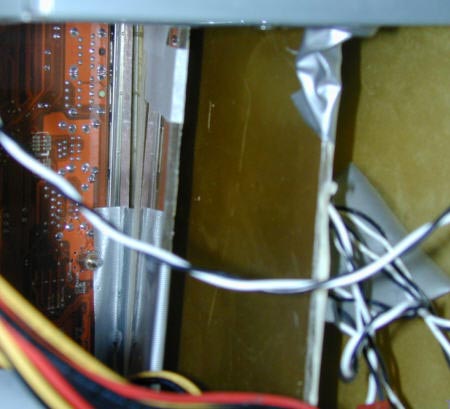 Two acrylic sheets taped together support the PSU (the metal thing on the top edge) like a support beam in a large building. It works well, well enough to keep the PSU steady for the past 2 months.

The case is finally complete. Here it is: 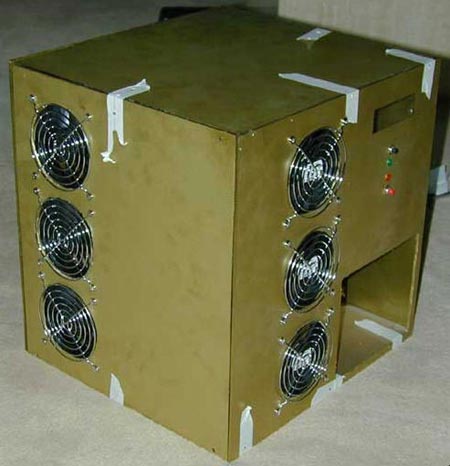 Now it’s time to test it.

Not bad for the case… not bad at all. It was actually cooler than my other case, so I’m quite pleased.

I gave it the name Plastic Fantastic, which is also a nick-name for the mostly-plastic Glock 22 pistols.

Like its namesake, it’s a double edged sword. While it’s reliable and lightweight, it may not perform well for some people who are hardcore users (it’s plastic for crying out loud!).

Overall, the plan succeeded. It obviously isn’t the best designed case in the world, but it sure does look cool while keeping the components the same way.

The experience was great, even with the problems I had along the way.

If you want, you can surely steal… er… use my design for your own needs. If you have any questions regarding the case, construction, materials, or any other random computer-related question in general, you can email me and I’ll try to reply as soon as I can.

If you know water cooling, then the name Primochill is familiar to you. We have one of their new items here today to review – the new Primochill Compression Tube Reservoir (CTR for short). Read More