CoolerMaster was nice enough to send a sample of their Hyper N520 Heatsink. This is a five heatpipe heatsink that uses two 92mm fans for active cooling. 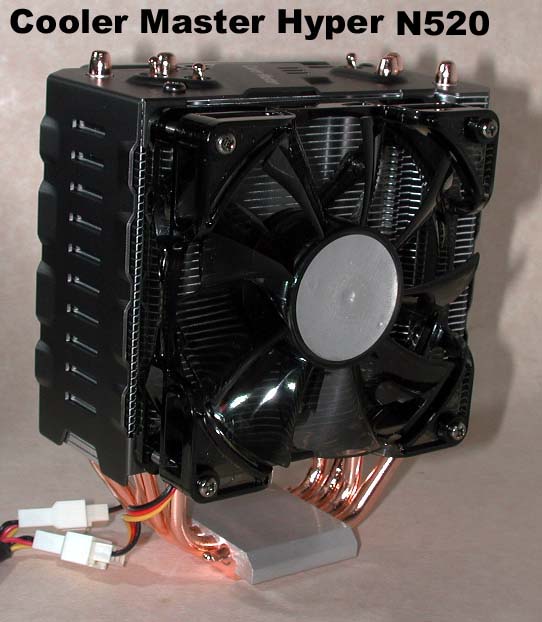 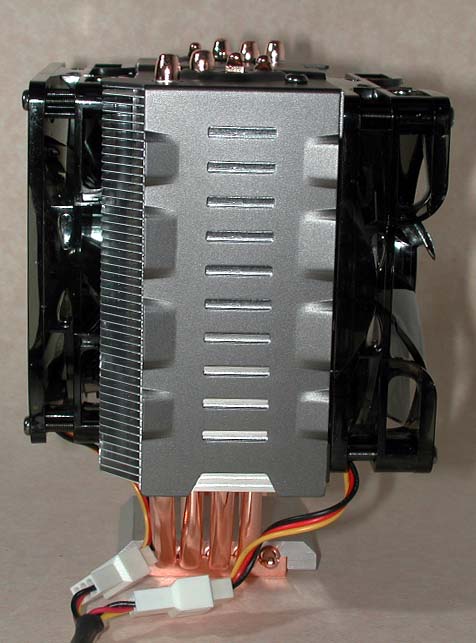 The base is acceptably flat: 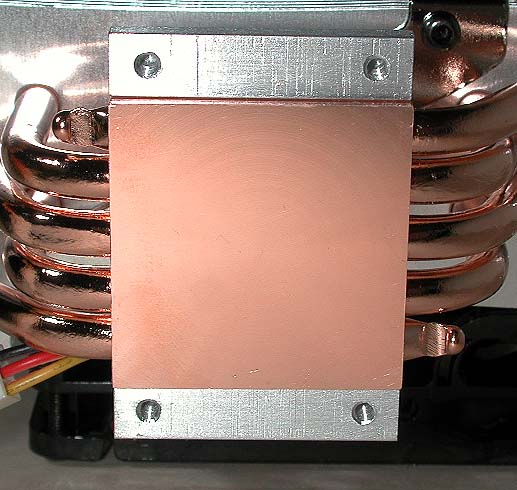 A view from the top shows the staggered 92 mm fans: 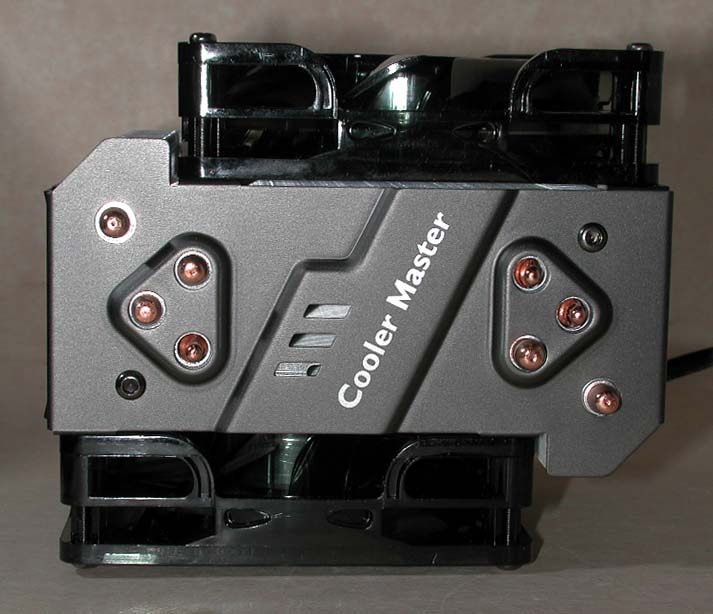 Mounts that ship with the fan – I should note that there is a fair amount of assembly required for these mounts; also note that the motherboard must be removed to mount the heatsink: 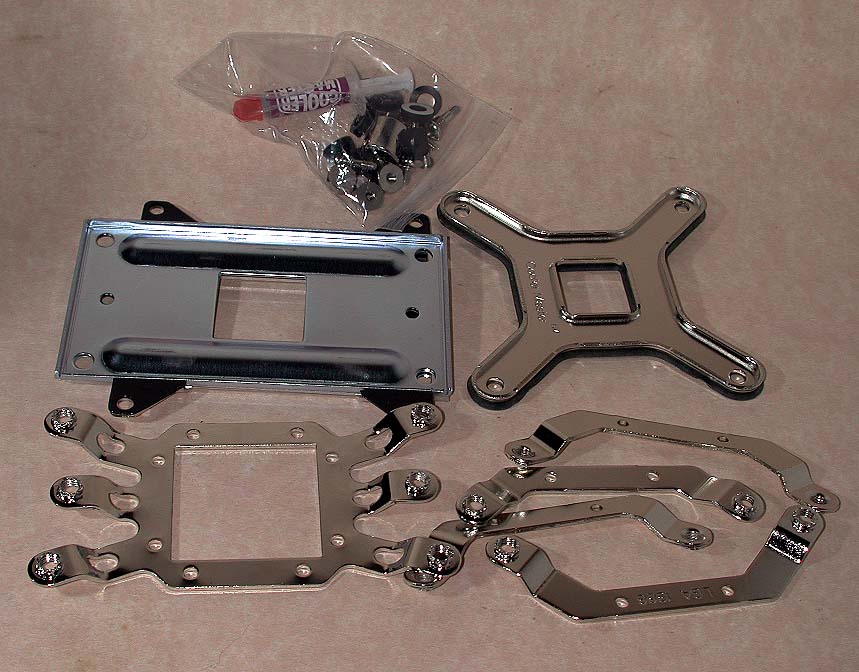 This shot shows the how tall this heatsink fits on a motherboard – it’s measured from the base of the PCB: 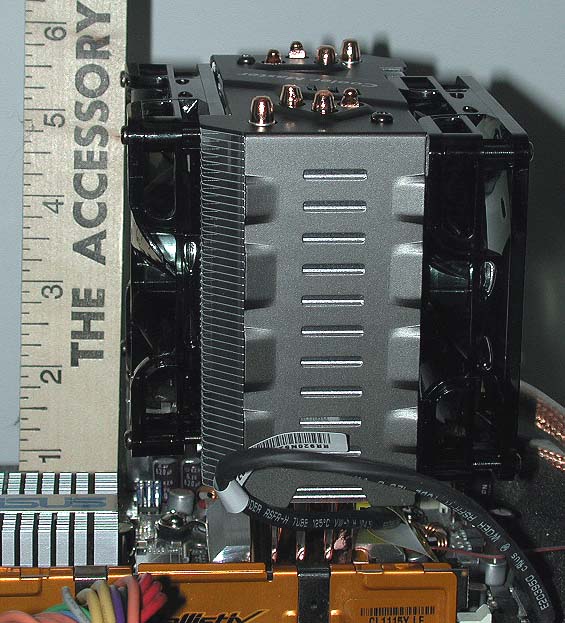 The CoolerMaster Hyper N520 was tested on an Asus P5WD2 motherboard with a modified Pentium D 805 to read CPU case temps while running Prime 95 with the following results:

The temp reading from the CPU’s on-die diode measured 47C. Fan noise from both 92 mm fans was measured 8″ from the fans’ intake with a Radio Shack sound meter and measured 54 dBA @ 1786 rpm; 50 dBA at this distance is very quiet 3 feet from the fan.

Overall these results place CoolerMaster’s Hyper N520 in the upper-middle of heatsinks tested to date HERE.

CoolerMaster’s Hyper N520 delivers good performance at reasonable noise levels. It does take some assembly to set up the mounting systems but not unduly so. Overall a large heatsink with good cooling performance.

A couple of adequate performers in the bunch. — Joe
Read More