First thing is to remove the heatsink and if you didn’t know that, then don’t even try this. Work in a well lit area that’s comfortable, like sitting at a table.

Next wash off the thermal pad with Goof Off – if you already have Arctic Slver 5, then use alcohol.
Soak the shim using a Q-Tip full of Goof Off to loosen the glue holding it; try to keep it wet with Goof Off for about 15 minutes while working dental floss under the corners. Make sure you only go under the shim and don’t grab anything else with the floss.

Next, using the edge of the heavy duty razor blade, start prying the shim off – it should lift off easily. Do a little at each corner and it will come off with very little force. For the remaining glue, wet again with the Goof Off and scrape the thick areas with a not so sharp object, such as seen in the pic below.
Clean it all with alcohol and Q-Tips and make sure you don’t leave any fuzz. 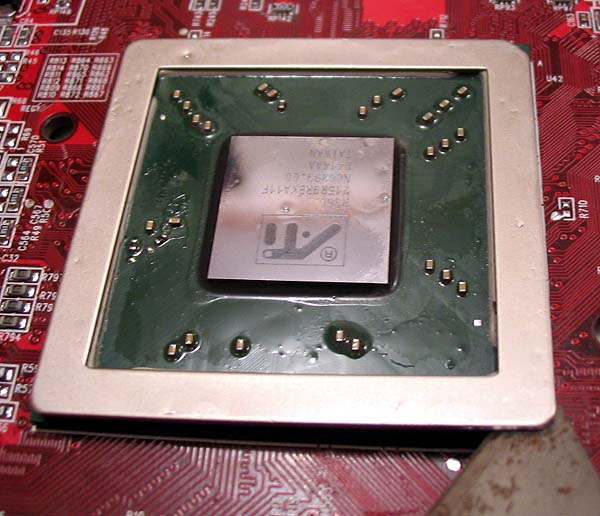 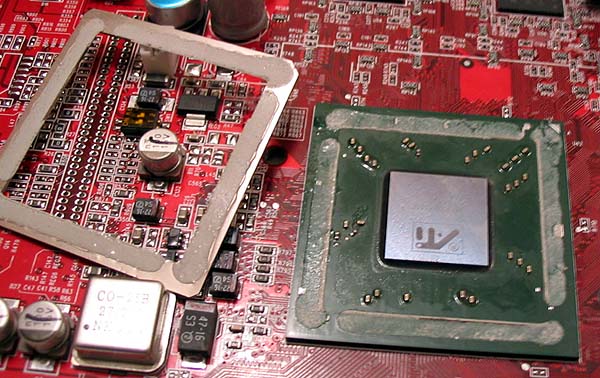 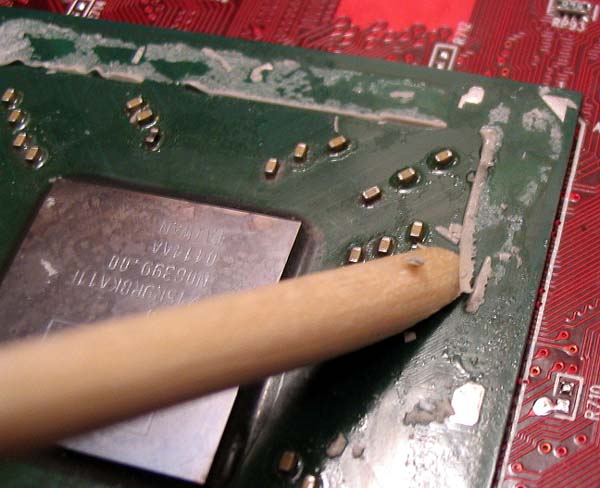 Now figure out where you want to put the probe – you can see in the pics where I put mine because it was the place that had the most room.

With the shim off the card, cut a notch out of it where the wire is going to go out. The shim has a rounded corner it should go back into place the same as it came off. Make sure after cutting that you have no rough edges or any metal sticking out – see the shim? 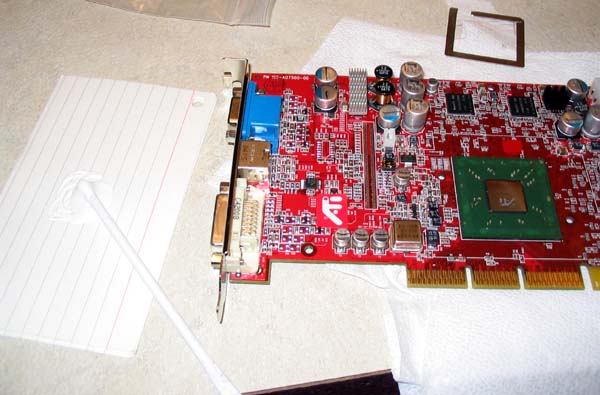 Cut the plastic around the probe with the razor blade on a hard surface as close as you can to the visible probe wire itself – that way, you can get it right up close to the core. The pic below shows how I cut the clear plastic: 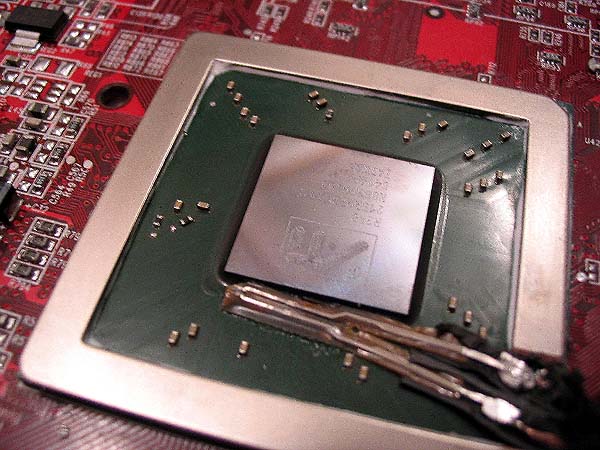 Lay it all out and make sure it’s going to fit. I squeezed the probe wires to make them flatter with some pliers. Next mix the Arctic Silver adhesive, spread a thin layer on the shim and put it into place. Hold it down tightly for 5 minutes or as long as it takes for it to stay there. Make sure that it’s held evenly all the way around – you only get one chance at this. Practice first if you have to.

Now that it’s in place and secure, clean up any adhesive that seeped out with the cuticle stick, Q-Tips and alcohol – it should look like this: 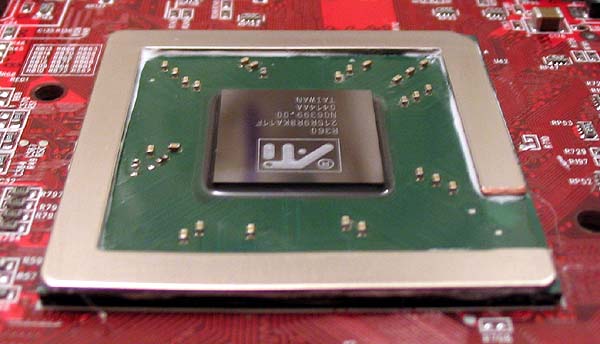 Now superglue the probe into place by applying the glue to the probe itself in a very thin layer – you don’t want to get any on the core or have the probe stick up above or onto the core, but you want it as close as you can get it.

Glue the wires down the rest of the way, making sure they are going out the gate in the shim you cut.
Make sure the wires don’t stick above the shim; if they do, shave them down. I had to because the heat-shrink on them was too thick. 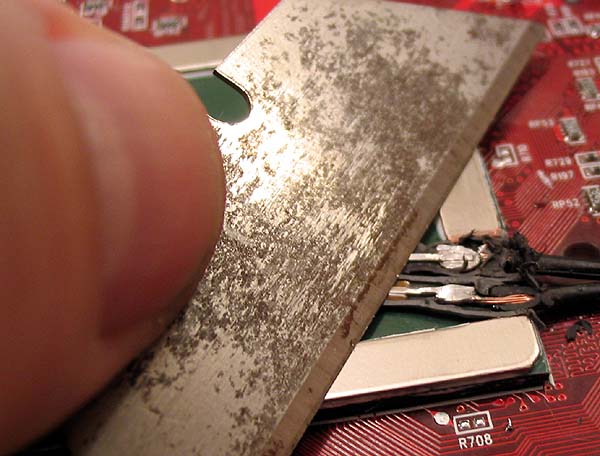 Then I painted the open wire with nail polish to seal it and put a small piece of Scotch Tape over the bare wire part.

You’re done! Put it together and make sure you have good heatsink to core contact by putting it on and seeing if the little dot of Arctic Solver 5 in the middle
has spread out well. It’s nice to see this: 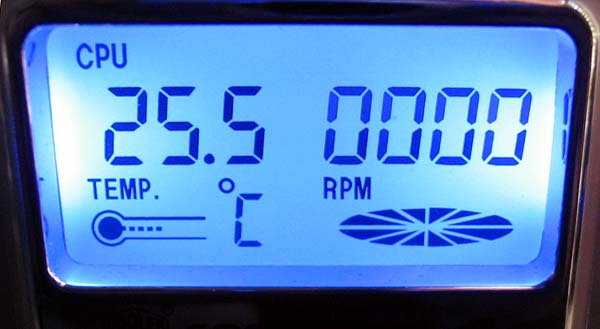 If this guide has helped you to make what seemed like a difficult advanced level job into a easy mod, then you can thank me by joining my Forum.