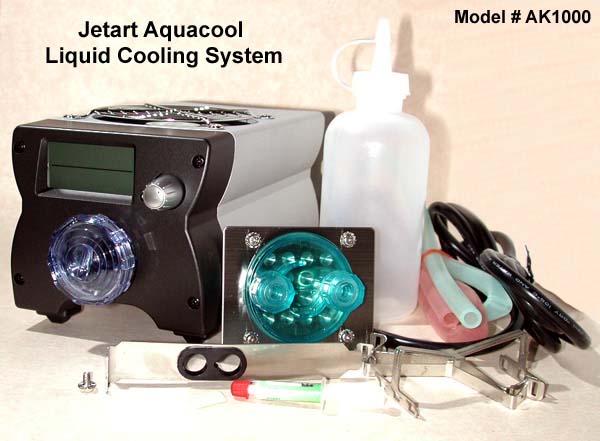 The good guys at Jetart were nice enough to send samples of the Aquacool Liquid Cooling System watercooling kit.

The front shows the LCD, adjustment knob and fill port: 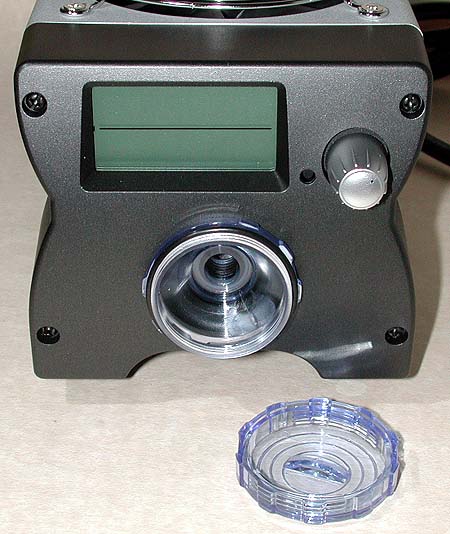 Filling the system is better than most kits I’ve seen – the funnel-like front allows users to easily fill the system without using an eyedropper. A minor annoyance: The thread on the cap requires precisely locating it to screw on – maybe it’s me, but it took a few tries to get it right.

The unit has alarm adjustments for temperature and fan state – if the temp is exceeded or the fan stops, the alarm will sound. The knob also controls fan speed – it should be turned slowly to dial in fan speeds. 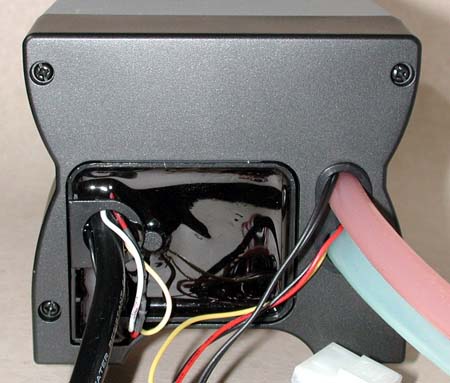 shows the waterpump, tubing and wiring. The bottom 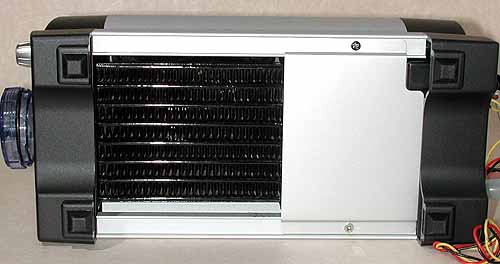 shows the radiator – the fan pulls air from the top and exhausts through the bottom (IMHO the reverse of what I would have done). The top 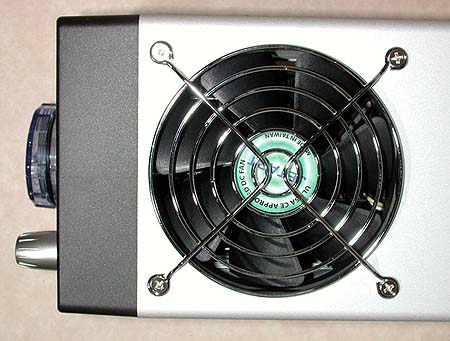 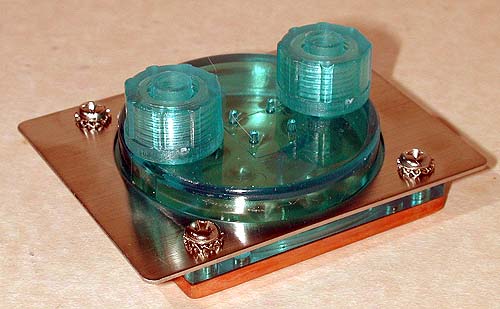 features a dimpled copper base with a plastic top. A look inside 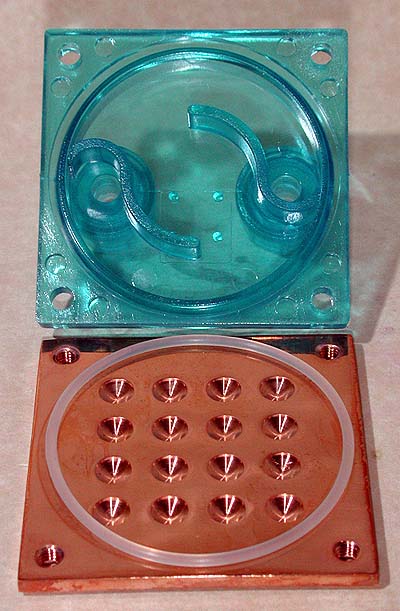 clearly shows the dimpled base and the flow directors built into the plastic top. Tubing is secured to the top with screw connectors. The base 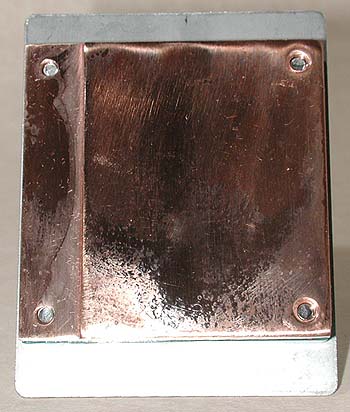 is polished and smooth – no discernable polishing marks to the eye or touch.
{mospagebreak} 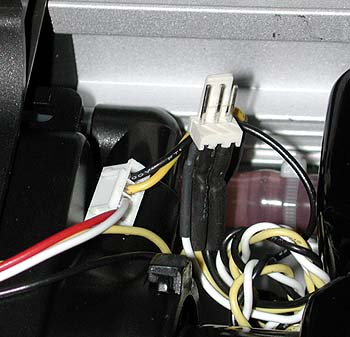 Not a good practice; if it hits some metal, it will possibly short out. This is easy enough to fix – there is a small aluminum plate on the bottom held on by two screws – easy enough to open and tape the connector. 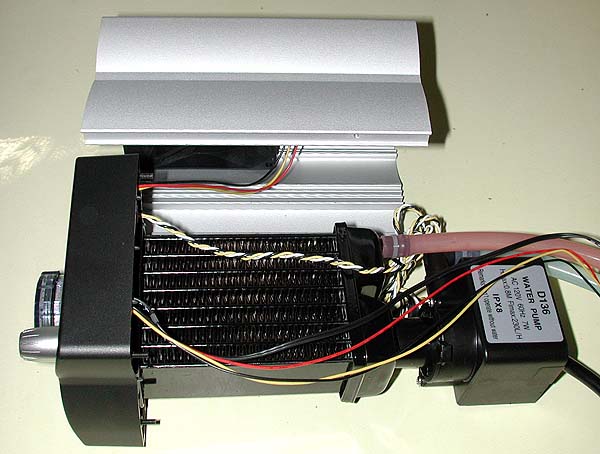 The radiator is joined to the pump with a plastic connector: 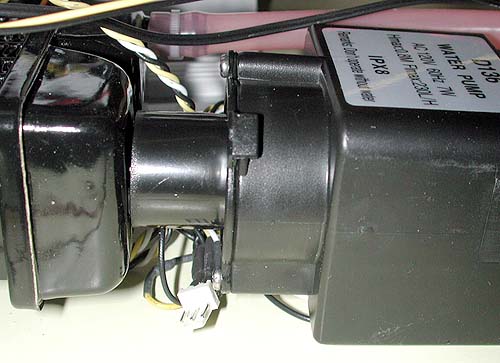 There is a plenum on the radiator which acts as a reservoir.

The Jetart Aquacool was tested using the CPU Die Simulator. I tested with the rheostat set at its lowest and highest setting. I found system noise at the fan’s lowest setting fairly quiet at 53 dBA and busier at the highest setting – about 59 dBA (measured 8″ from the fan’s intake).

In addition, I heard continual burbling noises due to bubbles in the line that I could not get rid of, even with the unit as full as I could get it. I even ran the unit for four days straight to see if it would work itself clear – no dice. Finally, I happened to tip the unit up about an inch and the gurgling and bubbles stopped! I surmise that the pump’s intake is close enough to the water’s surface to create a suction vortex, pulling in air even though I filled it to the brim. If you get the same noise, try tipping the front of the base unit up a bit.

The impact on performance is substantial – don’t run this unit (or any watercooling system) with lots of bubbles in the line.

The Jetart Aquacool tested about where I thought they would – OK for an entry level kit and OK for non-aggressive cooling. With the exception of the curable gurgling noise, the unit was fairly quiet at low rpms and not too noisy at full fan speed, but noticeable.

Users should note that the pump’s head is a minimal 0.8 meters – minimize the vertical distance between the base unit and CPU as much as possible for best performance.

Thanks again to Jetart for sending this our way to check out.