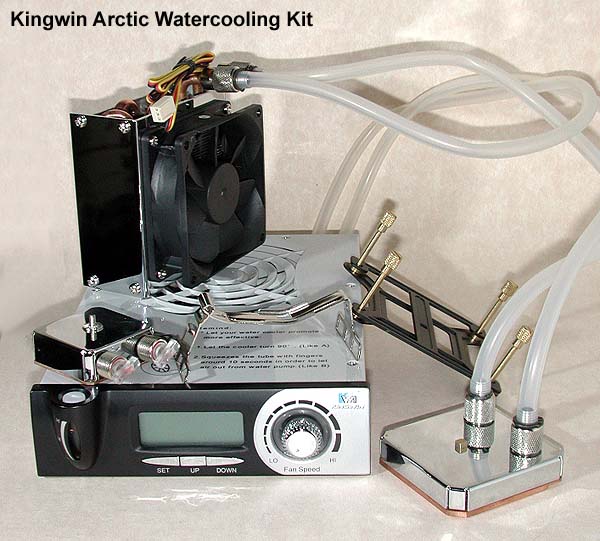 The kind folks at Kingwin sent a sample of their Arctic Water Cooling Kit to try out. One of the compelling features of this kit is that the base unit mounts within a CD ROM slot. The kit includes:

The base unit includes a radiator, waterpump, reservoir and LCD control panel. There is a radiator fan in the top which exits through the bottom of the unit. 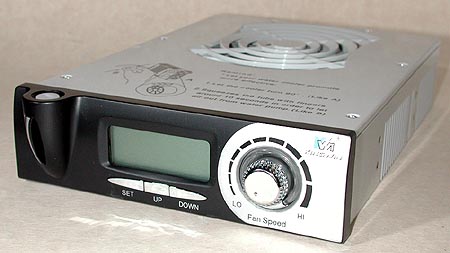 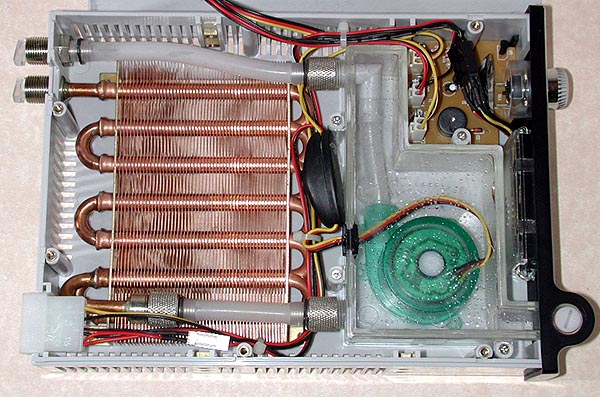 shows the radiator, reservoir with waterpump inside and the PCB control circuit. The waterpump is on the small side – I did not measure waterflow, but judging from the speed at which I saw bubbles moving through the tubes, it’s a low-flow system (I would guess less than 15 gph).

A second radiator is inlcuded with the kit: 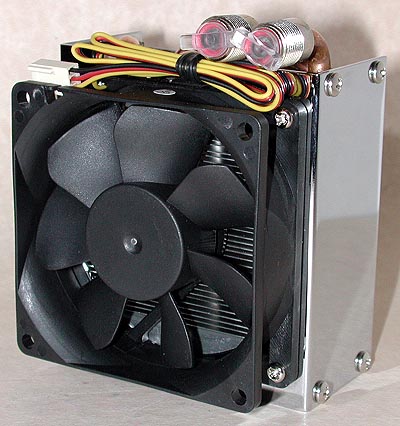 This features an 80mm fan and will fit in a case’s 80mm exhaust port. 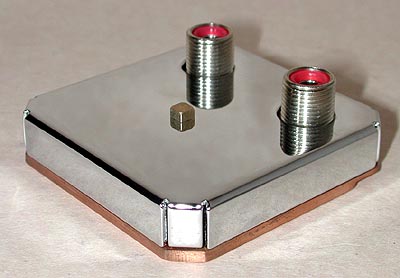 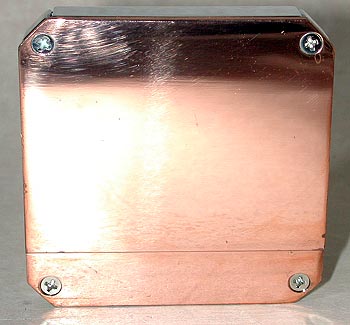 is polished. Included are mounts for P4 and AMD K7/8. 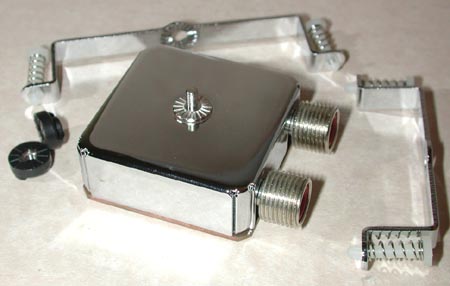 is also attractively finished with a copper base and has mounts for a variety of situations. 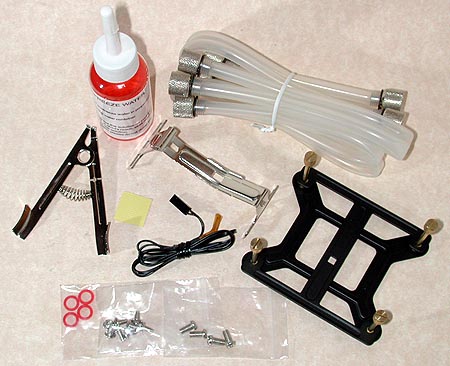 Overall, nice build quality and everything you need to install the kit into a case. I would estimate it would take no more than an hour to get up and running, including reading the manual. With no case modifications required, this kit is fairly easy to install.
{mospagebreak}

I tested the Kingwin kit using the CPU Die Simulator which gives results that are unaffected by motherboard influences, with the Socket A clip. I tested the unit with the CPU waterblock only.

I tested the kit with the thermistor cable placed next to the die’s side – similar to placing it next to the CPU’s core. I found temps displayed on the LCD panel to vary by about 3-4ºC of temps measured at the die. The thermistor is an important part of the system as it controls the speed of the external radiator fan; users can set the lowest temp to 40C – once reached, the fan kicks into high gear.

This is NOT what I would consider a “performance kit”, but for someone looking for an “all-in-one” mid-level solution, it’s an OK choice. Normally I would not consider this kit upgradeable, but I will try a couple of ideas and see how performance changes – stay tuned!

k|ngp|n doesn’t release new cooling pots every day, which is why we like to bring the news to you.

nPower’s Tower tests out as a very good heatsink.