The good guys at Kingwin were nice enough to send a sample of their latest heatpipe heatsink, the XT-1264, to test out. This has four heatpipes with a dense aluminum fin array cooled with a 120 mm fan. 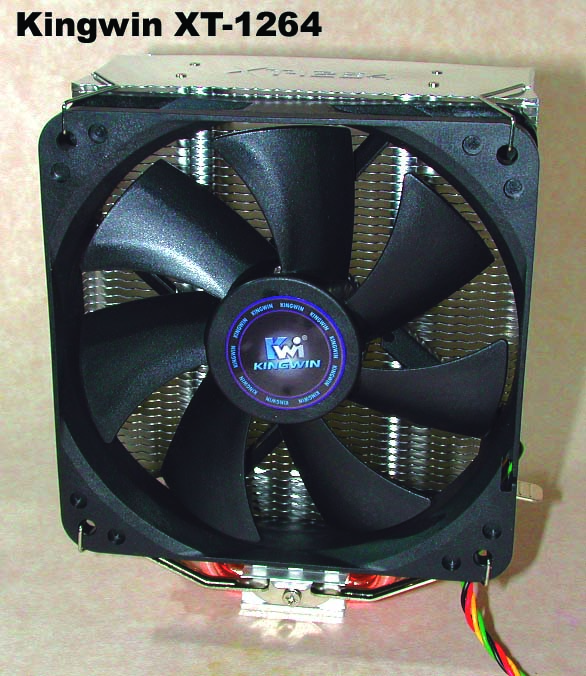 A view from the side shows a fairly dense aluminum fin array: 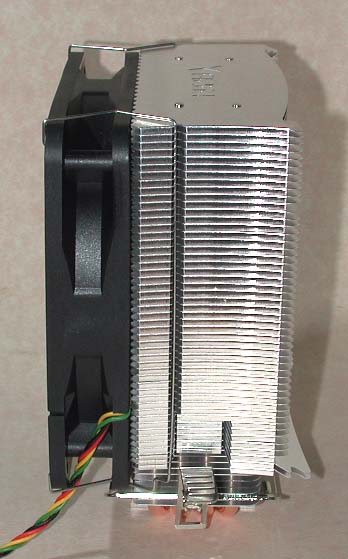 The view from the back shows that the fins are flat plates: 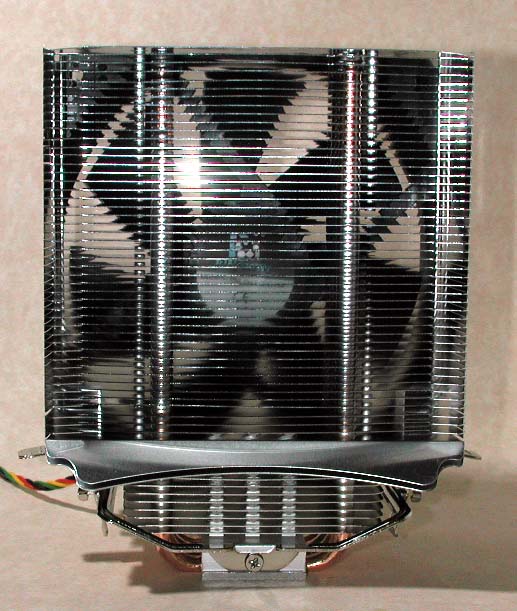 The base shows the direct contact patch of the heatpipes with the CPU case: 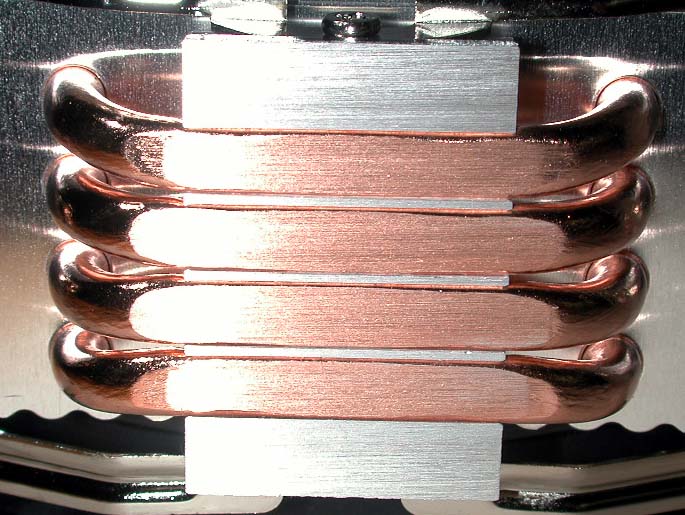 Mounts that ship with the heatsink include pushpin adapters for Intel CPUs – these are very simple to use and do not require removing the motherboard from the case, a real plus. 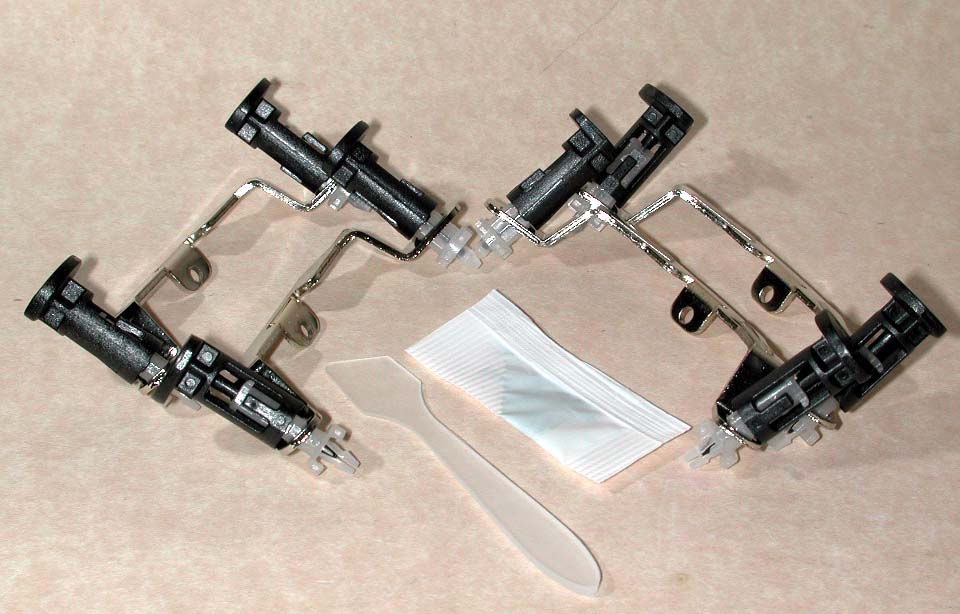 The Kingwin XT-1264 was tested on an Asus P5WD2 motherboard with a modified Pentium D 805 to read CPU case temps while running Prime 95 with the following results:

Fan noise from both 120 mm fans was measured 8″ from the fans’ intake with a Radio Shack sound meter and measured 57 dBA @ 2360 rpm; 50 dBA at this distance is very quiet 3 feet from the fan.

Test Results Kingwin’s XT-1264 in the topmost rank of heatsinks tested to date HERE. Fan noise is noticeable with the fan running at 2360 rpm; the four pin fan header makes fan moderation an easy task with motherboards equipped for PWM.

Overall a very nice product which can be used for aggressive cooling. Kingwin’s XT-1264 are available at Fry’s Electronics Stores Nationwide and frys.com.

How Steve got into watercooling — Steve Wagner
Read More