First of all I’d like to introduce myself: I`m a 22 year old Hungarian man. I made my first watercooling stuff in the late July, 1997. I tried several things like: aircooling, water, vapochil (gas), subzero liquid, peltier, etc., but I found out that watercooling and maybe a peltier would do fine.

But there is a problem: I always go out for LAN parties, so I had to make my cooling mobile. I have a big case, so I was thinking about what if I take my cooling inside the case. It`s an old AT case, but I transformed it into ATX 3 years ago.

First I have to talk about the CPU cooler – it’s made of copper and milled. The cooler is soldered with 8mm pipes inside and outside. But the pipes in the system all have 10mm diameter. There is a little rubber on the “block” to hold itself in place. 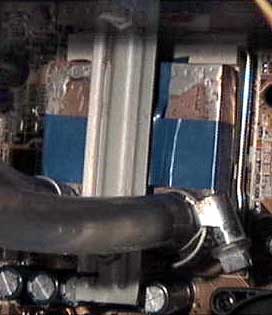 It is soldered brass: up and down units, and soldered copper snails. Capacity: 2,1 dl. All the stumps are made of copper, some of them with epoxy resin, some by soldering. The stumps have 10mm diameters. You see I had to cut the case because of the L figures – the pipes cannot make the curve that the case requires. 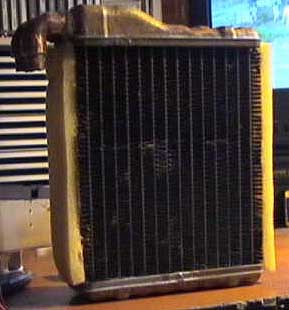 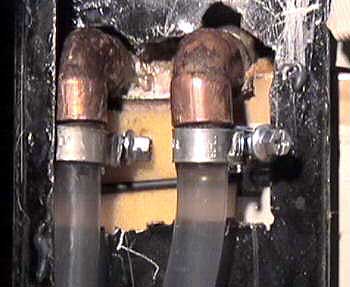 Since the heatunit had to be put into the case, I had to pay more attention to air handling. After trying the fans behind and in front of the unit, I decided to mount them behind. I found an old junk 24x Panasonic CDRom case and I cut out a 15,8*7,8 place for two 8cm fan. The CDRom`s case is very good, because the heatunit has the same width as the CDRom`s case. I hermetically sealed it with epoxy and solid sponge. 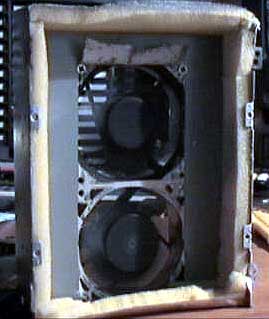 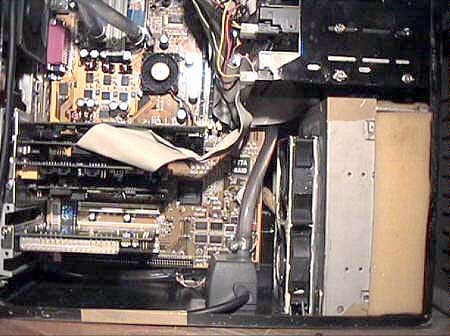 I had the problem of getting fresh air into the case. I had to cut the front of the case to let the heatunit get enough fresh air. 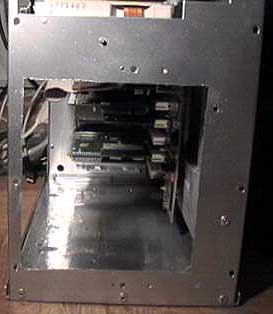 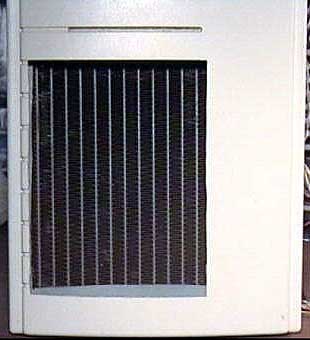 The last thing was water circulation. I`m using a little DE800 (800l/h) pump. It requires 220v power, so I connected it up to the Power Supply`s 220 out connector. When the machine starts, the pump also starts. This pump is transformed to be a kind of inline pump, so I just plug it in and play (or pray;-]]). 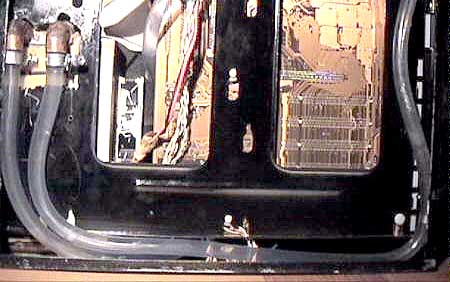 The filling works with a T adapter. This adapter is in the highest point of the system and when I fill it up, it automatically pushes out all the air inside. To take out the water, just unplug the pump`s input pipe. The capacity is nearly 4,1 dl. Interesting to count: if the pump works at 750 l/h, then a full cycle takes 750/0,4= 1875, 3600/1845 = 1,92 seconds. It`s quite short. To close the system, I just plug a rubber stopper into the pipe on the upper side. 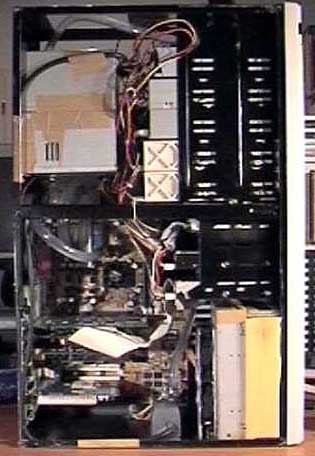 Last question is: What can I do with this? 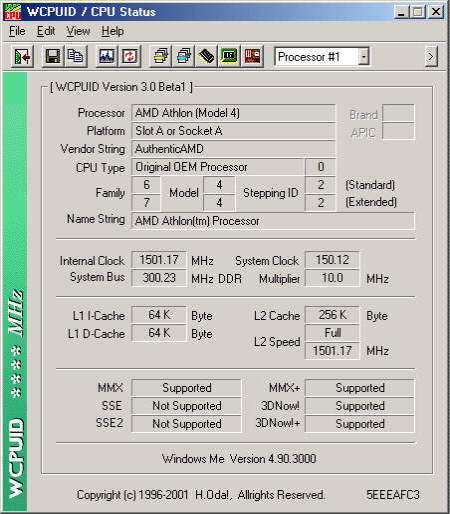 Next time I will try it with peltier and a new CPU cooler.

Duke sent the following pics showing how he used readily available parts to build an inexpensive (I’ll confirm, but I would guess less than $50) but effective water cooled system. Damn fine job. Hardware consists of an Abit BE-6 and

Okay folks, I have seen and read all the articles on keeping an overclocked processor cool. I have an AMD Athlon 500 that I am now running over 700 MHZ. What’s the big fuss over keeping it cool with oversized