For the past three years I’ve been using a homemade passive watercooling system for my PC. Ever since going to school, my computer has been in the same room as my bed. That was the start of an obsession for quiet that continues to this day.

When I started out, it was the fall of 2002. I’d previously done some ducting and gotten quieter fans, but the noise was still getting to me when I wanted to sleep. I’d been reading up on watercooling for the past several months and felt I was ready to take the leap.

My cooling requirements for my first system were not very demanding, but the availability of waterblocks was scarce – I had a slot 1 Pentium 3 on an Abit BE6-II motherboard. I ended up making my own waterblock based on a design I saw in the archives here. I got a small rectangular piece of copper, attached a copper piping endcap, and drilled out mounting holes to match the Slot 1 casing: 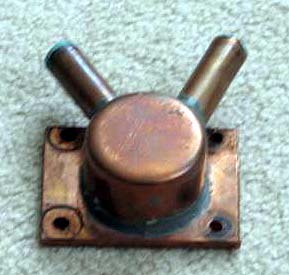 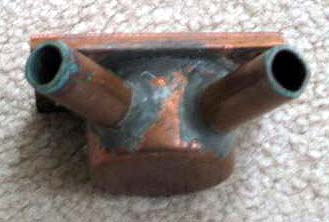 The pump for the system was nothing special – I bought it (a MiniJet 606) at a local pet store for $20 just to use for my test system and it has worked well enough for me to keep it. It is a submersible pump and has several flow level adjustments (unfortunately, I lost the documentation which showed flow rate and head loss). 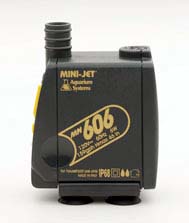 The unique thing about my system was the lack of a radiator – that would simply be more fans for me to deal with and my goal was getting rid of fans. Another article from the archives that experimented with a metal cooking pan as a passive cooler gave me an inspiration. I purchased a 27-liter Rubbermaid container (I didn’t want another metal besides copper) and used that for my reservoir. 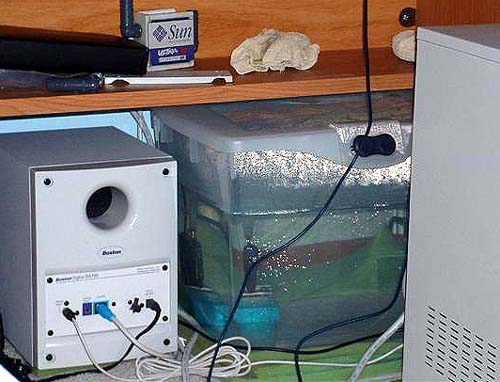 Surprisingly, the system worked rather well!

There was a little bit of vibration in the thin plastic walls of the reservoir, but I solved that by putting the pump on a piece of plexiglass and cushioning it with a sponge. The system ran 24/7 for nearly 2 years, surviving a move to and back from school. I don’t have any saved MBM logs or screenshots, but it kept the relatively cool-running P3 hovering around room temperature. 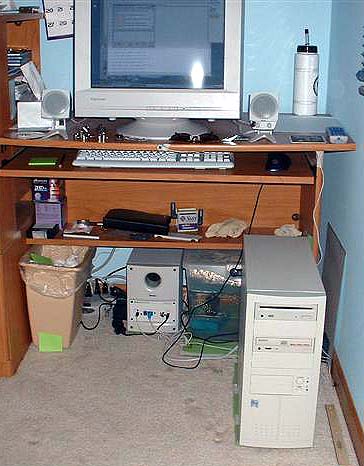 In the spring of 2004, I picked up a cheap 1.6 GHz Applebred because my P3 was getting a little dated. I was really apprehensive to use passive cooling on a much hotter running processor, but I decided to give it a shot. I purchased a waterblock this time, the BeCooling Slit Edge. I didn’t want to mess up and toast my new system. 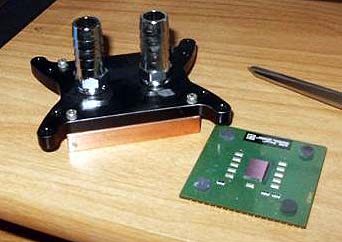 I assembled everything together carefully, with a couple of fans running off 5V because my hard drive, video card, and northbridge are all passively cooled and I wanted a little airflow. 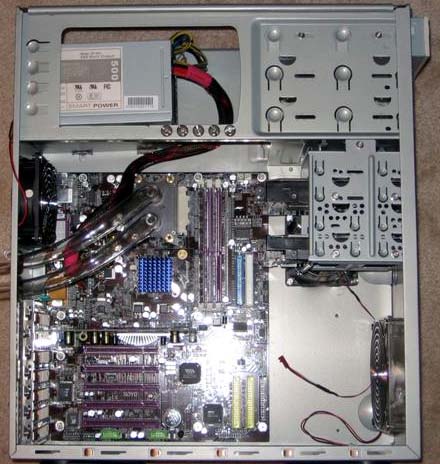 I had spent some time with a Dremel before assembling it, making a pair of holes for the tubing. I lined the holes with a rubber gasket from Home Depot to protect it from the metal edges. 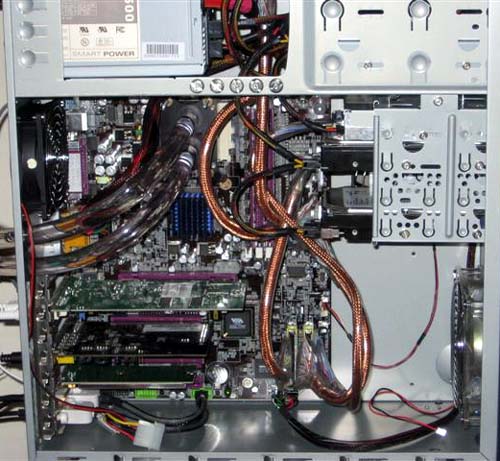 The reservoir is still the same container, but this time I added some Water Wetter. 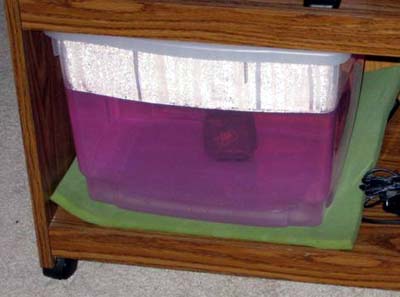 The computer now sits on top of the reservoir, separated by a shelf. This hasn’t been a problem for the pump; I set it to the higher flow rate. One of the reasons I chose the slit edge waterblock was because I knew the system would have flow rates on the lower side because of the way I was elevating it. 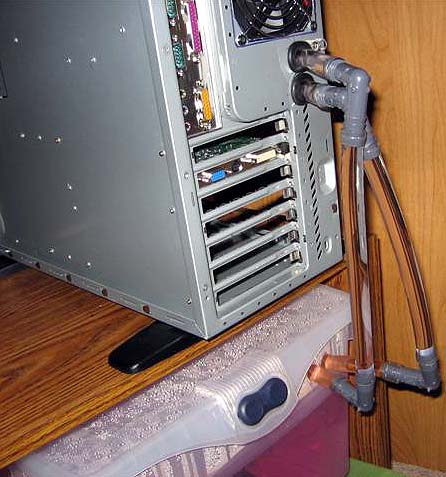 Right now, I’ve been using the current system for just about a year and a half. Passive cooling works extremely well despite the greater heat output of the processor. Ambient temperature in my apartment hovers around 70ºF plus or minus a few degrees, and the CPU temps reported by Motherboard Monitor stay about 20 degrees above that. 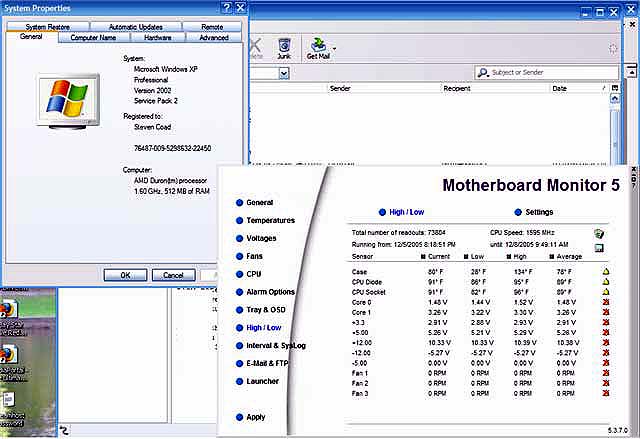 I run at stock speeds for the most part – I use the PC for development work in Java and Visual Studio for school (and school keeps me too busy to have time to play games), so I don’t need a lot of power from it. I’ve tried to balance noise and performance and have focused more lately on peripherals that make things easier for me (LCD, Bluetooth keyboard/mouse) than on any major system upgrades.

I’ve moved on to tinker with a home theater PC instead, which has many challenges of its own. For now, my passive watercooling system is in a finished state. 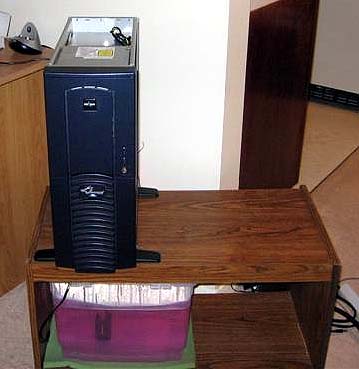 Two fans better than one? – Joe