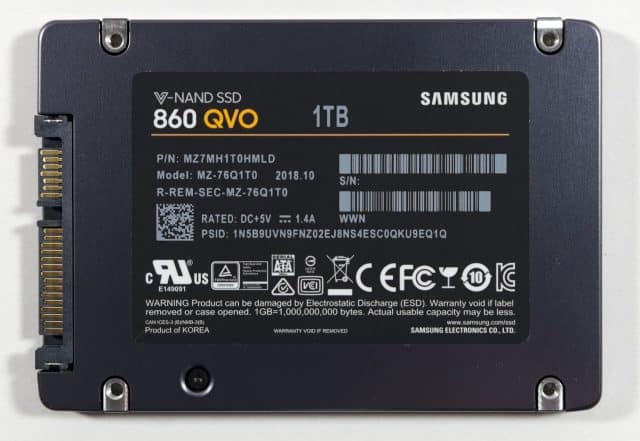 The drives are priced at $149.99, $299.99, and $599.99 for the 1, 2, and 4TB models with pricing rivaling that of less expensive drives TLC drives without DRAM cache, while the 860 QVO includes a full-size LPDDR4 DRAM cache. Controlling the NAND is Samsung’s MJX controller which designed performance around the analysis of consumer SSD usage patterns. According to Samsung, this yields a reliable drive and sports a three-year limited warranty. Write length is up to 1440 terabytes written (TBW) for the 4 TB version and 720/360 TBW for the 2/1TB drives.