Day two of our CES 2020 has us making the rounds again, this stop was with the representatives from Mushkin. This year they’re releasing a new line of RGB memory modules with speeds up to 4000 MHz. They were also showing off some new SSD storage solutions, portable SSDs, and a couple of PCIe 4.0 NVMe drives which keep pushing the speed limits.

Everything we saw will be released over the course of this year with some pushed out into the second half. So we didn’t get any information on pricing other than they expect it to be competitive (which historically they are).

Mushkin is breaking into the DDR4 RGB market this year with their Blackline Frostbyte line of DDR4 memory modules. These modules are based on a previously released but modified PCB and heatsink design. They will be available early this year in 2×8 GB, 2×16 GB, and 2×32 GB kits with speeds ranging from 3000 MHz to 4000 MHz. The RGB LEDs are also compatible with ASUS Aura, MSI Mystic Light, GIGABYTE RGB Fusion, and ASRock Polychrome software allowing for that personal touch. Mushkin is also offering a lifetime warranty for peace of mind. Keep in mind this image below is a prototype, the end product may look slightly different. 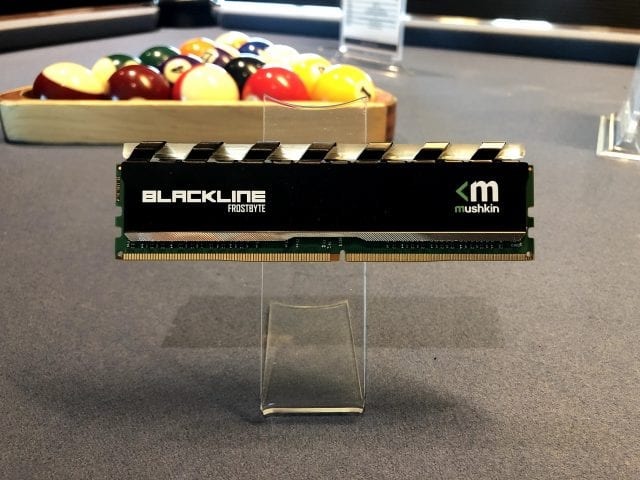 The Mushkin Carbon X is a USB 3.1 Gen 2 external SSD with capacity ranging from 500 GB up to 2 TB. The case itself is approximately five inches long, three inches wide and just under three-quarters of an inch thick. Not too big but not small and will easily fit in a pocket. The outside has a nice tactile feel which is not slippery at all greatly reducing accidental drops. The Carbon X is capable of 1000 MB/s sequential reads and writes, comes with a Type-C to Type-C as well as a Type-C to Type-A connector cable and includes a 3-year warranty. 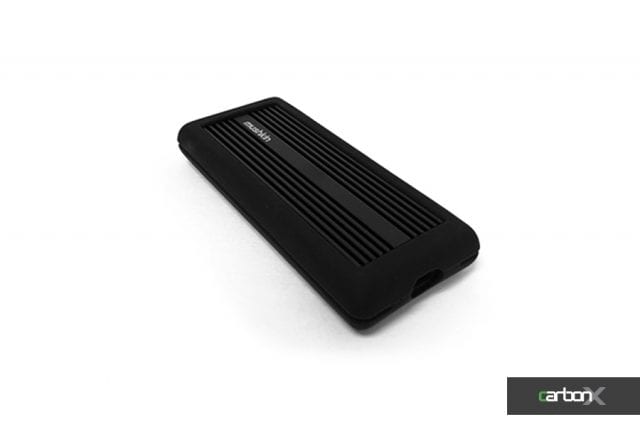 We also had a look at some entry-level SSDs which Muskin has dubbed Source Q which refers to the higher density next-generation 3D QLC NAND. These drives will run at approximately 560 MB/s read and 512 MB/s write speeds, they will come in 500 MB – 2 TB capacities and also carry a 3-year warranty. The Source Q drives will also feature the Mushkin Enhanced Data-Protection Suite or MEDS for short. A few key points about MEDS are listed below: 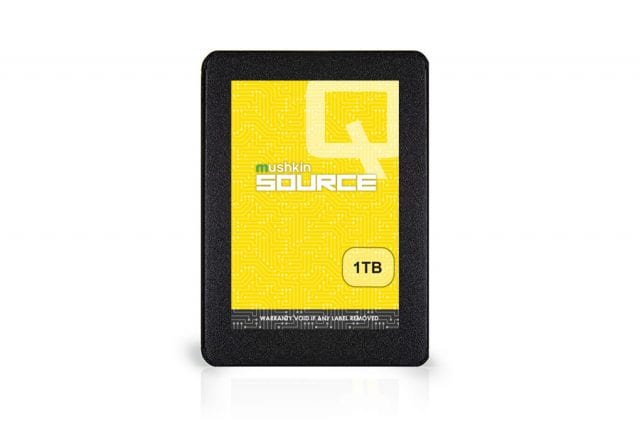 Mushkin is also bringing a couple of high-speed PCIe Gen4 NVMe SSDs to market in the second half of the year. First up we have the EON which will be available in 500 GB – 4 TB capacities. This drive uses the Silicon Motion SM2267 controller and will reach up to 4 GB/s read speed. They are also releasing a Pro version of the EON which increases the capacity up to 16 TB and read speeds of 6.5 GB/s thanks to the Silicon Motion SM2264 controller. The EON has a 3-year warranty and the Pro version steps it up to 5 years. 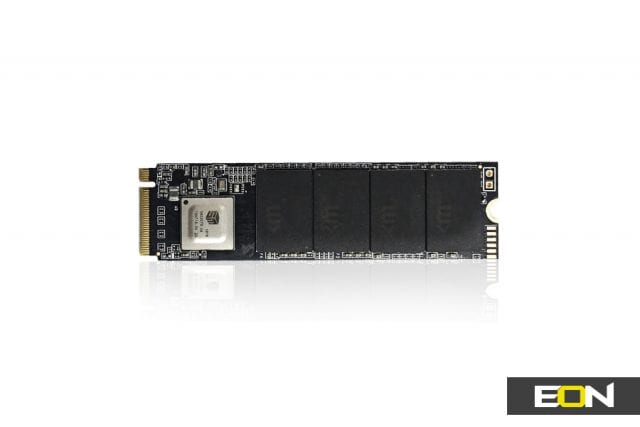 Today’s review will be based on the latest STRIKER SSD series in 480GB SATA III version. It’s one of the new products which was on display at CES a couple of weeks ago.