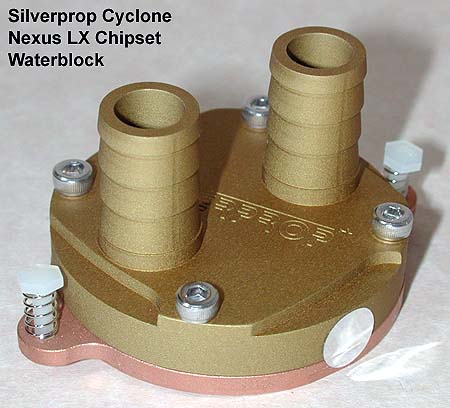 Silverprop was nice enough to send a Cyclone NexusLX waterblock to test.

You will notice below that the NexusLX’s pressure drop is low+; this is due to its interior design: 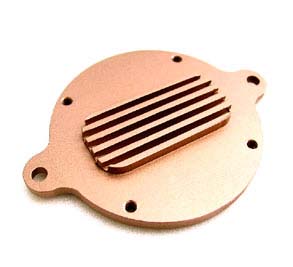 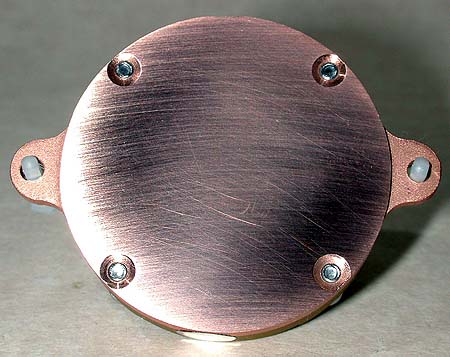 appears well finished, although performance could be enhanced a bit by very well done hand lapping.

The Silverprop NexusLX was tested using the CPU Die Simulator and Waterblock Test Rig. Even though this is a chipset waterblock, testing it as a CPU waterblock should be rigorous enough for any application.

Test Results indicate that the NexusLX’s pressure drop (or head loss) across the waterblock is low+; flow resistance such as this means that Silverprop’s NexusLX NexusLXs should function OK without using a very large waterpump, although anything less than 300 gph might compromise results, depending upon how restrictive other components are in system.

As with many waterblocks, I found that reducing flow to 0.5 gpm resulted in more of a performance decrease (about 1ºC) than the gain by increasing flow to 1.5 gpm (about 0.7ºC).

For a comparison of the NexusLX’s performance to other waterblocks tested to date, see Overclockers.com Waterblock Test Results.

Silverprop’s NexusLX Chipset Waterblock is a good choice for chipset cooling. Flow resistance is not unduly high, and the NexusLX will perform very well with moderate power waterpumps (300 gph). Users including a chipset waterblock should recognize that placing waterblocks in series will increase pressure drop.

Simple PC controlled AC relay, but use with caution – Joe