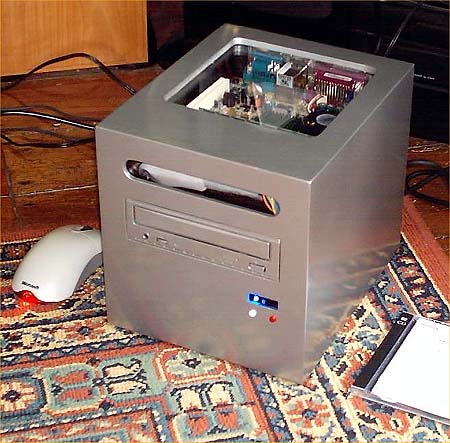 I had studied forums and the web for a fair while before deciding on the Eden 800. Many guys are using it for an integrated DiVX/DVD box and I wanted something that would do the same. In a lot of instances, it seemed that people were having trouble getting smooth and consistent content playback even with quality settings reduced to their lowest.

These people were always using Windows XP. It occurred to me that such an underpowered system was bogging down with the relatively underpowered C3 800 MHz processor. I would remedy this by installing a nice easy fast OS, Windows 98SE.

I received the VIA Eden 800 from my supplier and friend Andrew Webber over at www.pcpieces.co.nz, having spent many hours thinking about the way in which I could best utilise
it.

Upon arrival, I was stunned at the motherboards miniscule size. Talk about tiny, it makes Micro-ATX boards look obese by comparison! This is one small board.

Not only is it small, but it crams all the items you require onto the one board. It has the CPU solidly mounted (non-removable), plus Integrated Video and Tvout, 10/100 LAN, AC97 Audio, USB, PS/2, Parallel port and a serial port. It is a very complete little unit.

The key components of the VIA Eden™ Embedded System Platform include the following: 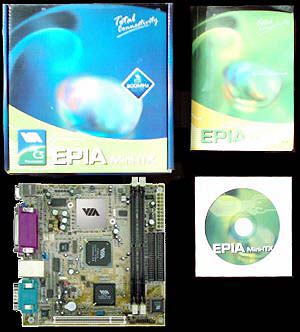 The board is laid out reasonably well:

It is super compact and when you get to this sort of size it becomes incredibly difficult to place things for ease of use.

Joe’s Review 9/2/99 Skip reviewed the SOYO +III earlier and now I have had the opportunity to play with the same board, giving you a slightly different perspective to consider. I unpacked the board and started to set it up.