SUMMARY: A decent performing block, with possibly one major drawback

I recently received the AquaJoe AMD waterblock to evaluate, and have had a chance to draw some conclusions on it.

I’m going to walk through the entire installation procedure of this waterblock, as therein lies (I think) a bit of a problem, at least for some people. NOTE: If your motherboard
doesn’t have the four holes around the CPU socket, this waterblock is not compatible. Most recent AMD boards do, but there’s a few that don’t. 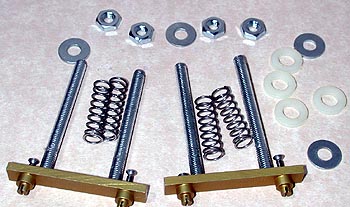 This waterblock uses a pair of anchors, that secure to the motherboard. The block itself then mounts to these, and is tightened down onto the CPU. It was as I was
first installing these anchors that I noticed something: 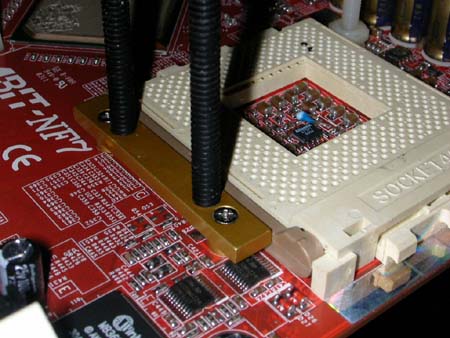 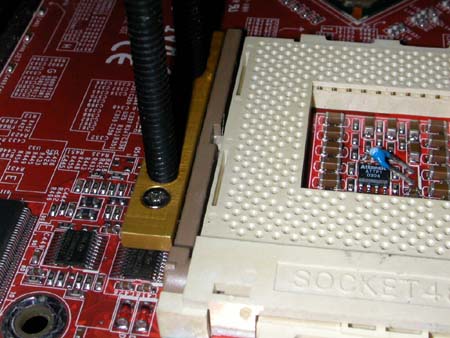 When I went to install the anchor on the ZIF arm side of the socket, I found that after installing it onto the motherboard, there wasn’t enough room to raise the arm.

This means two things; first, you have to install the CPU before you can install the anchor on this side of the socket. This also means, however, that to change CPUs,
you need to remove this anchor. Unless you have a hole cut in your motherboard tray behind the CPU socket to access the mounts, this necessitates removing the motherboard to swap CPUs.

If you don’t swap out processors often (or at all), this might not be an issue to you. Some people change chips more frequently, and these people
are the ones who need to take note of this.

Other than this issue, the anchors are well designed, and stay put. They attach through the four holes around the CPU socket, and are secured from
the back side of the motherboard by a pair of washers and a 3/16″ nut on each post..

It’s a bit of a juggling act to get the washers lined up right.
There’s plenty of room on the other side of the socket 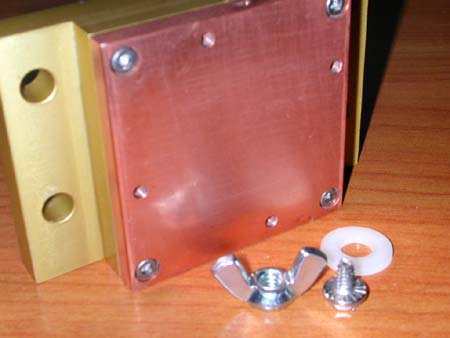 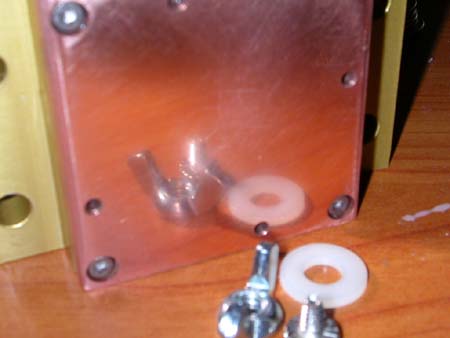 I gave the block a good lap job before installing it

There’s an “installation instruction” page at the AquaJoe website, and I followed the block mounting procedure as outlined there. It’s pretty much straight
forward….tighten down each post incrementally, moving from one post to the next. The best way to go about this is to tighten the retainers in an “X” pattern,
a couple turns at a time, until the springs are a bit more than half compressed.

Now that the block was mounted to the motherboard, I turned my attention to the case the board was going back into:

For an initial install, I can see this, but to have to disassemble your machine this far just to swap out CPUs is nuts. Cutting a hole behind the CPU socket in
the motherboard tray will allow changes without complete disassembly, as you’d be able to access that anchor from the backside.

I left everything attached while I installed the AquaJoe block to the board. Visible, tied off to the drive cage, is the D-Tek spiral block I’ll be replacing on
the next page (behind and underneath it is my Northbridge chipset block).

Speaking of that Northbridge block, (to jump off topic really quick) here’s a shot of the Northbridge chip itself, after detaching the block from the board. Note the imprint
left in the Arctic Silver compound on the chip:

To chipset manufacturers; Do you think it’d be possible to make these a bit more flat?? No wonder there’s articles everywhere on “Lapping your Northbridge”… My
block doesn’t even touch the center of it!! It sits on the four corners only. After seeing this, I’m tempted to pull the waterblock off of it and just air cool it. Watercooling this
chipset in this condition is futile at best… =(

I decided rather than draining the entire system out, to attempt a bit of a “Sneaky Pete” maneuver… 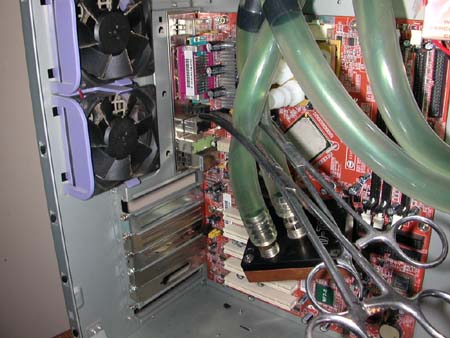 After reinstalling the board in the case, I dug out the hemostats from my toolbox. I’ve had these forever, as they come in handy as a mechanic to retrieve dropped fasteners
from places you just can’t access any other way. I’ve got a magnet on an extension too, but not everything you drop by accident is metallic. I used these to crimp off the hoses going
in and out of the D-Tek, and put a plastic bucket underneath everything before attempting to disconnect the hoses.

This worked pretty well. I got a trickle of water from one hose, but I probably only lost a coffee cup’s worth of coolant while moving the hoses from one block to the other
(including what was still in the D-Tek block itself). This saved me a lot of time over fully refilling and bleeding out the entire system.

The fittings on the AquaJoe block have some quite large barbs…pushing the hoses over them took some effort. With everything pre-installed, it made me quite nervous to push that
hard on the block, which in turn was pushing that hard on the CPU. I had to push hard enough to make the motherboard visibly flex. That’s a tight fit on those fittings. On the up
side, I know the hoses will never slip off of them.

Assembled, and bleeding out

Bleeding out the small amount of air I got in the system took a very short amount of time. Note the mismatched RAM installed… I took this opportunity to put my good stuff into the new P4
machine I’d just built, to take some benchmarks. My main graphics card, also absent from the picture above, was “borrowed” too. The intel Northwood/Canterwood combo put out some pretty good numbers
with them. =) But that’s a whole other story, for another day… The mismatched DDR got used in this machine while I burned in the fresh coat of Arctic Silver Ceramique on the CPU.

RESULTS, CONCLUSIONS, AND FINAL THOUGHTS NEXT…

The “test machine”
I used is my watercooled AMD XP2100+ machine, that’s got a healthy overclock up to 2200 MHz (1733 MHz is default). According to the information I entered at
this site,
my CPU is putting out somewhere in the neighborhood of 94.8 watts.

The motherboard is an Abit NF7-S v2.0, and all is mounted in a Chieftec mid tower case, with
the bulk of the watercooling components (radiator and pump) mounted externally, in a separate case.

Arctic Silver Ceramique thermal compound was used with both waterblocks during testing and recording data.

These numbers below were taken with a full load on the processor, using the Folding @ Home program.

The numbers in the screenshots were taken using Motherboard Monitor 5.3.3.0. This reads it’s CPU temperatures using the “in socket thermistor”.

I also took some external temperature measurements with my Raytek Mini Temp MT4,
and noted these temperatures at the time I took the screenshot below:

These readings were taken in the same manner as the ones above.

The numbers I get here show how the two blocks match up:

Despite an ambient temp of 1C higher, the AquaJoe block produced a CPU temp reading of 1C lower than the D-Tek block, which works out to a 2C difference better than the D-Tek.

The AquaJoe has a much different design internally (pin fin) than the D-Tek block (spiral), and while physically smaller, seems to be more efficient at removing heat from the CPU.

The P4 AquaJoe block uses a completely different retention system, and with the CPU socket (S478) being much smaller than the AMD Socket A, the clearance issue with the block anchor
likely isn’t an issue on those systems. The block shows to be an adequate performer, but I have a hard time swallowing that issue with the anchor not allowing the Socket A
ZIF arm enough room to move.

If you run an AMD system, and don’t change your processor often, this might be a good product to try. If you do swap your CPU often, it might not. It depends on whether
you want to cut a hole in your motherboard tray or not. If that’s something you’ve done already for one reason or another, this issue is somewhat moot.

I’d like to thank AquaJoe for sending this out to review.